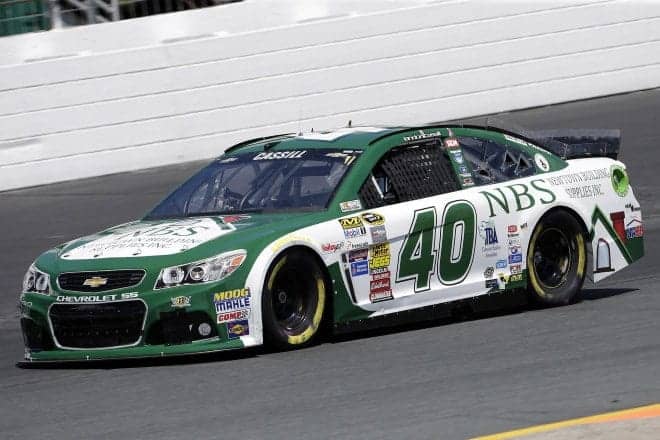 One of NASCAR’s smaller Sprint Cup Series teams just got a boost.

The partnership has allowed the team to expand during the offseason, including adding additional Richard Childress Racing chassis to its shop and creating an engineering department for the first time in team history.

The team will also run Earnhardt Childress engines in 2015.

“Adding Gordon Smith as a partner to the racing organization will only strengthen the foundation we have built over the past three years,” Hillman said. “From finishing 12th in last year’s Daytona 500 to our best finish of fourth last fall at Talladega with Landon behind the wheel, we have seen great results with limited resources.  Gordon has shown a passion for the sport and demonstrated a loyalty to our employees that convinced me elevating him to an equity stakeholder will allow us to take the next step in the Sprint Cup arena.  Gordon has built two great companies from the ground up, and by adding a race team to his portfolio, he will truly be covering land, sea and air.”

The team started the No. 40 team in 2013 with Cassill as driver. In its first full season of competition the team finished 34th in owner points in 2014, with a fourth-place run at Talladega the high point.

“This partnership is the culmination of a relationship that started with Landon a few years back,” said Smith.  “Landon was driving for Mike Hillman in the Cup Series, so we were introduced and I was immediately welcomed into the fold.  I believe the intimate feeling of the organization not only attracts sponsors to the team, but I’ve watched over the past year as the involvement of each sponsor has grown.  Mike Hillman has established a great team that not only puts a good product on the race track, but makes every event an experience that brings people back to the track.  I’m looking forward to being involved in the operation and adding to it.”

The team also has a working relationship with the No. 33 Circle Sport team.