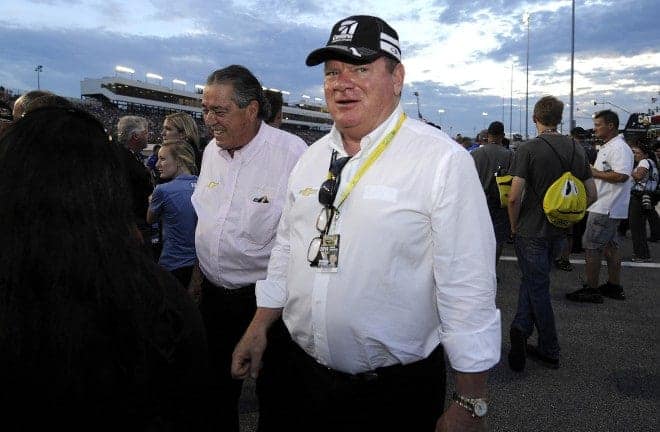 The 2015 NASCAR season hasn’t even started yet, but Chip Ganassi Racing with Felix Sabates has already been celebrating. The team won the Rolex 24 at Daytona last weekend with drivers Jamie McMurray, Kyle Larson, Scott Dixon and Tony Kanaan. It was a record sixth Rolex win for Ganassi and Sabates, and it also entered McMurray into an elite group as he became only the third driver to have wins in both the Rolex 24 and the Daytona 500. Only AJ Foyt and Mario Andretti had pulled it off before McMurray.

The team knows there is work to be done with the NASCAR season just around the corner. Neither Larson nor McMurray made the Chase, something that Ganassi called “unacceptable” in the team’s Thursday Charlotte Motor Speedway Media Tour stop.

“We feel like we are poised and ready to go,” said the car owner. “It’s evident that our cars are getting more and more competitive.”

McMurray’s team will be led by crew chief Matt McCall in 2015, while Larson, the 2014 Rookie of the Year will once again be paired with Chris Heroy.