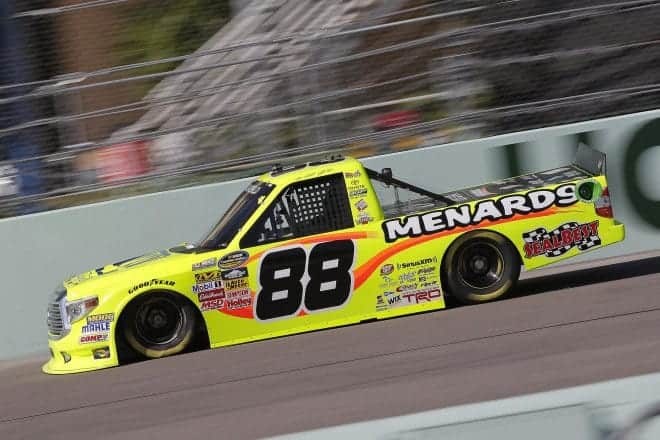 High Point: After finishing 13th at the mighty roulette wheel known as Daytona International Speedway, Crafton pulled off a victory at Martinsville that marked the beginning of early-season dominance. He followed with two second-place finishes, an unlucky race at Dover and then his second win of the season at Texas.

Low Point: While Crafton may have been strong early in the season, showing speed and being able to run up front, his two DNFs within a three-race span made it seem like the defending champion would not be in a position to repeat. Any driver who endures that kind of spell would certainly look to question what is happening, especially as the wrecks occurred at Dover and Gateway, which aren’t exactly like the mess of restrictor-plate tracks.

Summary: Might as well give the now two-time champ some kind of moniker like Cool Hand Crafton, because his steady driving, even after a rough patch, is what led him to the title.  In doing so, he became the first driver in the Truck Series to win consecutive championships. Sure, Ron Hornaday Jr. and Jack Sprague may have more, but Crafton doesn’t look to be done.

Crafton backed up his 2013 campaign with one that was statistically better in almost every regard, besting his numbers for wins, top fives, laps led and both starting and finishing positions.  That kind of uptick would seem to indicate a driver at the peak of his talent, though, to be fair, he still battles interlopers like Kyle Busch and Brad Keselowski and finishes behind them. Those kinds of results are likely what is keeping Crafton from moving to a different series – but maybe it doesn’t matter. He seems to have found a home both in the Truck Series and with ThorSport.

2015 Outlook: There’s no reason that the success that Crafton has found should not continue for next season. The ThorSport operation is one of the better ones in the garage and Crafton leads the charge with teammates Johnny Sauter and upstart Jeb Burton following in his wake. Though he earned the 2014 title by a slimmer margin than in 2013, Crafton’s prospect of winning a third consecutive title is solid. It is likely that his main challengers will come in the form of Erik Jones and Ryan Blaney, especially as Darrell Wallace Jr. has left the series, but perhaps Crafton’s veteran savvy overcomes youtful exuberance.