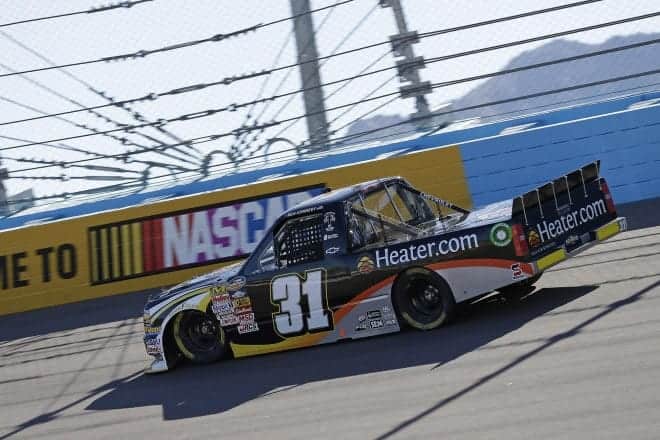 Once the checkered flag falls at Homestead-Miami Speedway for the NASCAR Camping World Truck Series finale, NASCAR history will be made. Entering this weekend sitting eighth in points, Ben Kennedy will become the first descendant of NASCAR’s founding family to complete a season in one of the sport’s top three series.

“This is it, this is our last shot,” Kennedy commented. “We have had such a rough couple of weeks, and it’s so important to me that we turn this year around and end the season on a high note at Homestead. My Turner Scott Motorsports team has worked really hard this year and they deserve to make it to Victory Lane before the season is through. I’m proud of everything we’ve accomplished, and I really think we have what it takes to win a race this year.”

Kennedy has had a successful season, leading the Rookie of the Year points since the second race of the year, with one top 5 and seven top 10s in 21 races, including a career-high third at Martinsville Speedway.

Residing in Canada, she freelances for a number of racing publications, from SpeedwayMedia.com to On Pit Road while covering local short tracks up in Ontario.