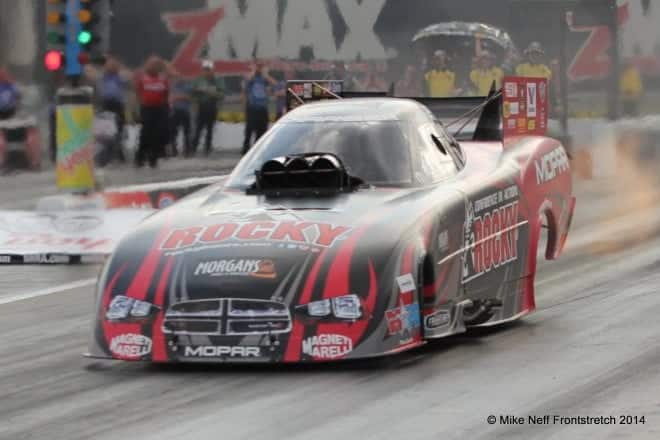 Day one of the Carolina Nationals at zMAX Dragway in Charlotte, NC, is in the books. This is the first event of the six race Countdown, NHRA’s championship, so getting off to a good start is critical.

“Somebody asked me earlier to give them one word to describe the Countdown and my word was ‘Ready,'” said John Force Racing driver Robert Hight who is qualified fifth after day one. “We don’t want to be at a deficit leaving Charlotte. We came in here last year and won the first race here in Charlotte and that was a really good feeling heading into Dallas. We want to do that again.”

That means going rounds but it also means setting yourself up with a good qualifying run, and with a questionable weather forecast for the weekend, Friday could be critical.

Enders-Stevens had some struggles in recent weeks. Her Elite Motorsports team skipped the final two races of the Western Swing and in their first two races back suffered a mechanical failure in round one of eliminations and then were defeated in the second round at Indianapolis.

“I’m proud of my team. We struggled the last couple of weeks in Indianapolis and at our test session in St. Louis so it’s very refreshing to see Old Red’s back to herself,” said Enders-Stevens.