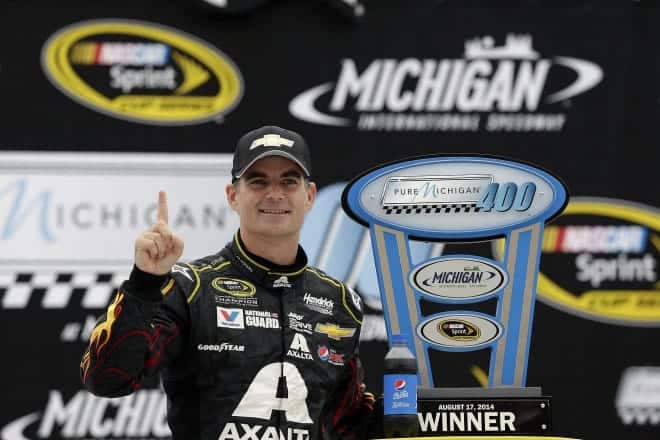 Give Jeff Gordon enough chances and he’ll eventually beat you. That’s what happened to Joey Logano as Jeff Gordon pulled off a flawless restart with 17 laps to go, taking the lead and claiming his third win of the season. It’s the most wins Gordon has had in a single season since 2011.

It was a strong showing for those that needed strong runs, especially those trying to get into the Chase on points. Seven of the Power Ranking top 10 after Watkins Glen finished in the top 10 at Michigan. The top 4 (Earnhardt Jr., Gordon, Harvick and Logano) all finished in the top 5. Meanwhile, Matt Kenseth saw another chance at his first win of the season slip away after being involved in a multi-car incident, while Kyle Busch had trouble for a second week in a row finishing 39th.

Three night races end the regular season schedule starting with Bristol this coming weekend. Before the beating and banging begins, see if your favorite driver made the cut this week.