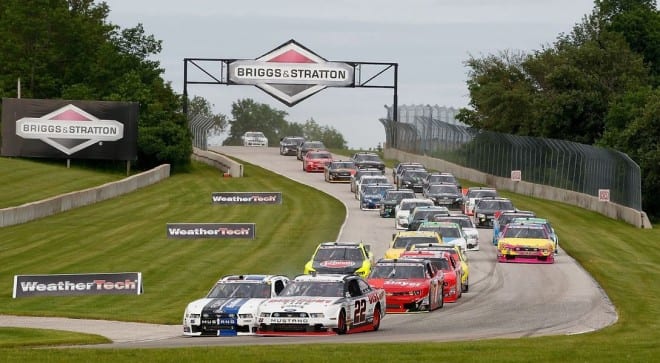 The dive into Turn One at Road America has become one of the more iconic images in NASCAR, and a saving grace for the Nationwide Series -- and for good reason. Why aren't Cup cars running here as well?

On Wednesday, Sonoma Raceway announced that Toyota Motor Sales, U.S.A. and the Northern California Toyota Dealers have signed a multi-year contract extension that will see Toyota continue their co-sponsorship of the Sprint Cup Series’ Toyota/Save Mart 350k at Sonoma Raceway through at least 2017.Track General Manager Steve Page is very happy to have Toyota continue their relationship with the track.

“We could not be more proud of our association with the Toyota brand, their terrific lineup of cars and trucks and the outstanding group of dealers in our region,” Page said.  “We are grateful for their support of the raceway and the NASCAR event and look forward to working together for many years to come.”In addition to the race co-sponsorship, the deal provides for “extensive signage, promotional assets and other assets during major event weekends in Sonoma.”  Toyota will remain the facility’s official car manufacturer and also continue as the primary sponsor for a preview special for the Toyota/Save Mart 350k that airs on Comcast SportsNet Bay Area.

Great, can’t wait for next years We Sank The Arizona 400.