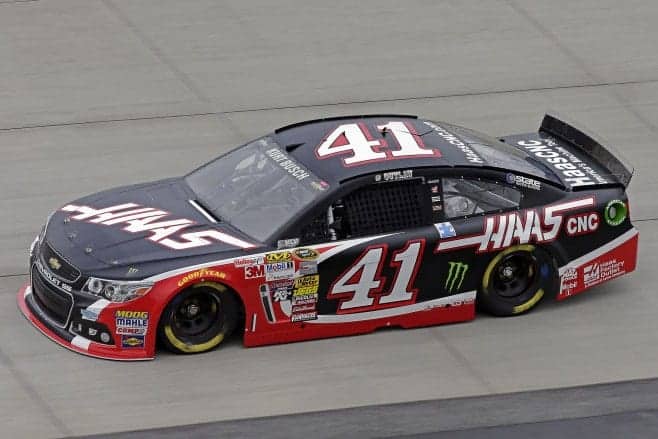 Brad Keselowski, Kevin Harvick, Joey Logano and Kurt Busch are all having solid years as a whole. Each driver has won at least one race — two for Harvick and Logano — meaning Chase berths are upon them as long as something doesn’t go royally screwy and knock them out of the top 30 in driver points.

But sometimes, you think about what could be or have been.

All four drivers share a common plight, one that’s not exactly rare but can certainly be unfavorable. Keselowski enters this weekend’s event at Pocono Raceway with an average finish of 14.2, sitting eighth in points. Logano does him slightly better with an average of 13.5 and sits sixth in the standings. Harvick has a 16.2, while Busch comes in at a downright depressing 26.0.

All of these numbers are comparatively much worse than their average starting positions. In fact, try five spots or more.

What one can glean from this information is that, on average, each driver loses five spots from the start of a given race to its finish. Despite running strong out of the gate, they’re not always doing the same by race’s end (an interesting development given Harvick’s nickname of “The Closer” in NASCAR).

Actually, five spots is only true for two of them. While Logano and Harvick sit at a five-position decrease from average starting position to average finish (11.8 to 16.8 for Harvick and 8.5 to 13.5 for Logano), Keselowski slots in at a loss of nearly eight spots; he has the best average start in the series right now, at 6.3 but drops 7.9 to his average resting spot of 14.2.

However, the absolute worst belongs to Busch — shocker, right, given how his season has gone.

Entering Pocono, Busch has an average start of 15.8, itself an OK number but nothing horrible, especially if one can build on that position by race’s end. The problem is that, generally, Busch hasn’t. His drop to a 26th-place average finish puts him at a drop of over 10 positions: 10.2.

The stats here may indicate a disappointing season so far — and to an extent, it does for Busch — but for a driver like Keselowski, Harvick or Logano, it shows just how much better the 2014 season could be for the drivers of the Nos. 2 and 4, respectively. If each could simply hold onto their positions in-race, or even just lose a few here and there, they’d arguably be much better off. The drop is just that tremendous.

Conversely, the driver with the most gain from start to finish happens to be the points leader.

Matt Kenseth leads the standings, but he’s also the best when it comes to improvement. His average start sits at 15.8 entering Pocono, while his average finish jumps to 9.2 for a 6.6 increase. He’s followed by Tommy Baldwin Racing driver Reed Sorenson, who’s struggled in qualifying at a 37.2 but tends to have slightly better luck in the race itself with an average finish of 31.5.

In fact, take increases like those and apply them to someone like Busch, Harvick or even Keselowski and Logano. A six-spot jump for the latter would put him at an average of second (a little unlikely), while Busch would be in the ninth-place region, keeping him toe-to-toe with the current best in the business in Kenseth and Jeff Gordon.

Or at least, they could use some pointers from Kyle Larson. The driver of the No. 42 has been markedly consistent from start to finish, from 15.1 to 15.0. Not a major jump, but shoot, I’m sure someone like Busch would take it.