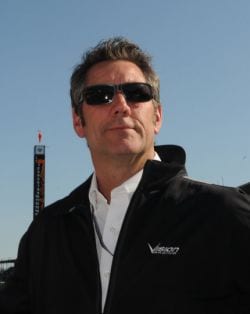 _Did you see all of the race action this weekend? Or, like a lot of busy fans, did you miss a late-night adventure, a Friday controversy, or a juicy piece of news? If you did, you’ve come to the right place! Each week, The Frontstretch will break down the racing, series by series, to bring you the biggest stories that you need to watch moving forward. Let our experts help you get up to speed for the coming week no matter what series you might have missed, all in this edition of Pace Laps!_

*Sprint Cup: Did AJ Earn Himself A Second Chance?* AJ Allmendinger’s season has been nothing short of a nightmare. Owner James Finch had spent the year _living_ with a nightmare in Kurt Busch, then seeing bills mount as a lack of sponsorship money has put his team, in existence for 20+ years on the brink of foreclosure. Both men, with 2013 a great unknown are in search of both survival and redemption in this sport.

Could it be they’re a match made in heaven? In his first ride since getting released from Penske Racing, poor performances capped by a positive drug test Allmendinger looks like a wheelman reborn running the small, little-engine-that-could No. 51. Driving Chevys that are four years old, he qualified 13th at Kansas and was running inside the top 5 at points before a flat right front derailed chances at a solid finish. On-track, it was the strongest run at an intermediate all season for the program; more importantly, the chemistry and kindness Allmendinger showcased during his second chance proved a refreshing change in that camp from the days of a cantankerous Busch.

“@ajdinger has been an inspiration to our team,” Phoenix Racing “tweeted”:https://twitter.com/PhoenixRacing51 shortly after the event. “Thanks to all you Dinger Nation fans for your support.”

So what happens now? The ‘Dinger was just supposed to be a two-week fix, with Regan Smith on deck to hop in come Martinsville and beyond. Smith, no slouch after four years driving Furniture Row’s No. 78 is so well respected, he was the top pick to replace a concussed Dale Earnhardt, Jr. at Hendrick Motorsports the past two weeks. On paper, it would seem you’ve got to go with the clean-cut guy that’s got a win to his credit, could attract sponsorship (a need Finch himself admitted would be difficult, if not impossible for ‘Dinger to obtain) and was the outside contender to win himself down the stretch of Sunday’s race. But ‘Dinger, already established with Phoenix may have that “special chemistry” you can’t find written on a resume or tied to a Hendrick connection. Which one is more important to Finch?

We’re about to find out; and with 2013 funding hanging in the balance, the owner’s decision now will have long-term consequences on just how much longer we’re going to be seeing the No. 51 compete. _Tom Bowles_

*IndyCar: As The George Turns* The behind-the-scenes drama at IndyCar continues this week with the resignation of Tony George from the Hulman & Company Board of Directors.

There was big news at IndyCar this week, as Tony George resigned from the Hulman & Company Board of Directors.

George served as CEO of both Indianapolis Motor Speedway and INDYCAR until being ousted by other family members in 2009 due to overspending and declining interest in the series. Current INDYCAR CEO Randy Bernard was brought in at that time to try to rebuild the series and make it profitable again. George also left the board at that time but returned in 2011. It was no secret he wanted his position as head of INDYCAR back and he’d recently been involved with a group that expressed interest in buying the organization from Hulman & Company.

“While the business is not for sale and no offers to sell it have been considered or are being considered, we applaud Tony’s efforts to resolve the appearance of a conflict and appreciate the gravity of this decision,” said Jeff Belskus, Hulman & Company president and CEO after the change was announced.

“I realize that my recent efforts to explore the possibility of acquiring INDYCAR represent the appearance of a conflict, and it is in everyone’s best interest that I resign from the Hulman & Company board,” George said. “It goes without saying that I want to do what is best for this organization.”

Belskus said there are no immediate plans to fill the open position on the board left by George’s resignation. So is this decision the end of the effort to oust Randy Bernard, one that has kept the rumor mill buzzing all season? _Toni Montgomery_

*Nationwide Series: Lucky Break Means Championship Dead Heat?* Hearing Joey Logano, Kyle Busch, and Elliott Sadler’s post-race remarks, there was a general tone of disbelief that Ricky Stenhouse, Jr. had emerged victorious from Saturday’s race. Logano seemed surprised that the driver who bowled over him mid-race somehow won the event, even with a damaged race car. Meanwhile, Busch got within turns 3 and 4 of beating Stenhouse for what would have been his first win of 2012 before running out of gas. Sadler, despite running in the top 5 even after a late-race fuel stop, lost more than half his points lead heading into the season’s final bye week.

Ricky Stenhouse, Jr. surprised a lot of people with his victory this weekend.

This event saw both sides of Stenhouse and the No. 6 team shine through: the self-induced mistakes that have plagued the team all year long (Stenhouse made hard contact mid-race trying to pass Joey Logano exiting turn 4, causing heavy damage to his race car and forcing the team to make up two laps) combined with the relentless aggression that produces highlight-reel results. In this case, it was a last-lap victory, albeit one that earned an assist from Lady Luck.

The question to take away from this weekend: just how much of a psychological boost does winning the way they did mean for the No. 6 team? Is it a motivating factor, or mentally, will the crew just highlight another race that saw the driver beat his race car up with an unforced error? And as for RCR, who saw both Austin Dillon and Sadler run well enough only to lose more ground to the one challenger they have in 2012, do they start looking over their shoulder at the defending champs?

Wild-card race or not, the point swing is real. This one’s nearly a dead heat. _Bryan Keith_

*ARCA: Buescher Brings Home The Big Trophy* It was far from his strongest showing of 2012, and far from his most consistent, but Chris Buescher brought his car home in eighth place, enough to best Frank Kimmel by 75 points to score the ARCA Racing Series championship at Kansas. Alex Bowman won the race on Friday night, his fourth victory of the season, followed by Kevin Swindell, Grant Enfinger, Brennan Poole, and Brennan Newberry.

It was a fitting conclusion to ARCA’s 60th anniversary season, with young gun Buescher (at 19, the second-youngest champion in series history) winning the trophy on behalf of the longtime Roulo Brothers operation. The Roulos, fixtures on the ARCA circuit with 31 total wins to their credit, scored their first championship win in only their second full-time season (until 2011, the team had never run a full ARCA schedule).

The question for Buescher now: what is his next step? With a loose Roush affiliation, part of the reason the Roulos have been able to let Buescher run the full schedule in recent seasons, it’s unclear where the new ARCA champion fits into the organization’s development ladder. Ricky Stenhouse, Jr. fills the Cup stable’s current three cars in 2013, and Trevor Bayne will take over the only Nationwide ride currently slated for the team next year. Given that of the last three ARCA champions, two have gone to the Truck Series on the backs of family-owned teams or sponsor dollars (Justin Lofton, Ty Dillon) while Patrick Sheltra has largely disappeared from big-time stock car racing, the future is surprisingly uncertain for Buescher even as he scores a career milestone. _Bryan Keith_

*Short Tracks: Leveling the Playing Field* – The Virginia is for Racing Lovers 300 is in the books (won by Philip Morris) and the new qualifying format was met with mixed reviews. Without question, it made the process much more efficient as 82 cars posted lap times in 40 minutes. Whether those cars were all able to post their best qualifying times is up for debate, though as cars of varying capabilities were lumped together on-track. With multiple cars making their runs, it meant some drivers actually had to pass cars during a legal qualifying attempt, slowing them down. Changes will certainly be invoked for next season that will hopefully make the process even more efficient.

Coming out of Martinsville, the word is that NASCAR is hoping to implement this qualifying procedure for all tracks going forward in its short track division. Drivers will race their way into feature races via heats rather than qualify if the process is adapted. That methodology has been in place for most dirt tracks for years and even some asphalt tracks, but developing a standardized format will make the playing field more level across the board for the determination of a national champion.

A unified handicapping system will hopefully also be on the table so that drivers at some tracks are not penalized more than others due to differences in handicapping systems. Many tracks in the Northeast force drivers who win multiple races to start further back in the field each week so that they are forced to race their way to the front. However, many others do the opposite, keeping the fastest cars where they qualified so wily veterans have very little work to do to get to the front of the pack during a feature event. If all tracks adopt the same system, it should make the playing field that determines the Whelen All-American Champion much more level across the country. _Mike Neff_