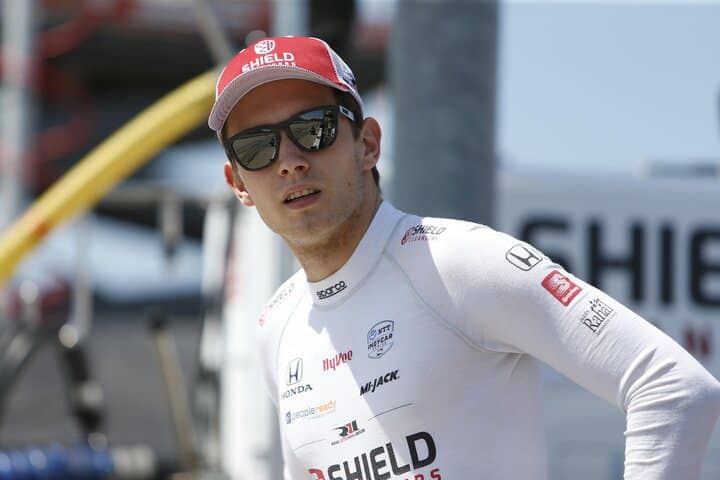 This career topping result comes at the same track where Lundgaard qualified in fourth place for his IndyCar debut in 2021, driving Rahal Letter Lanigan Racing’s part-time No. 45 entry. In rather poetic nature, Lundgaard set the stage for his finish on Sunday by qualifying using his 2021 car’s setup.

“It does [feel like a win] for sure, ” Lundgaard affirmed to NBC’s Kevin Lee.

“For sure it feels like a birthday present … We knew we had a strong car. I wasn’t so happy in practice, I think there was definitely something to be found there. And then we rolled into qualifying with my setup from last year’s car… look where we are!”

Lundgaard, whose previous best finish came on the streets of Toronto in the form of eighth place, lined up in sixth place for Saturday’s green flag, with series champions Josef Newgarden and Alex Palou in fifth and seventh.

The run to the green flag was formidably executed by the driver of the No. 30 Honda, as Lundgaard boldly went three wide with Alexander Rossi and Newgarden into turn 1, making his way to fourth place in the process.

Lundgaard held his place in the top five throughout the day, far outpacing his Rahal Letterman Lanigan teammates. The Dane trailed Rossi by intervals oscillating between two and four seconds for the final third of the race, eventually crossing the line 3.7 seconds behind the 2016 Indianapolis 500 winner.

With this result, Lundgaard’s grip on Rookie of the Year honors gets tighter, extending his points advantage over David Malukas, who ended the day in 13th after qualifying 11th. Lundgaard now holds 248 points on the year compared to Malukas’ 221.

The NTT IndyCar Series will next head to Nashville, Tennessee for the Big Machine Music City Grand Prix, where Rahal Letterman Lanigan found mixed results in last year. The RLL cars finished out the chaotic 2021 race with Graham Rahal in fifth, Santino Ferrucci in 11th, and Takuma Sato in 25th.

The Big Machine Music City Grand Prix will take place on Sunday, August 7, at 3:00 pm ET, with coverage on NBC.