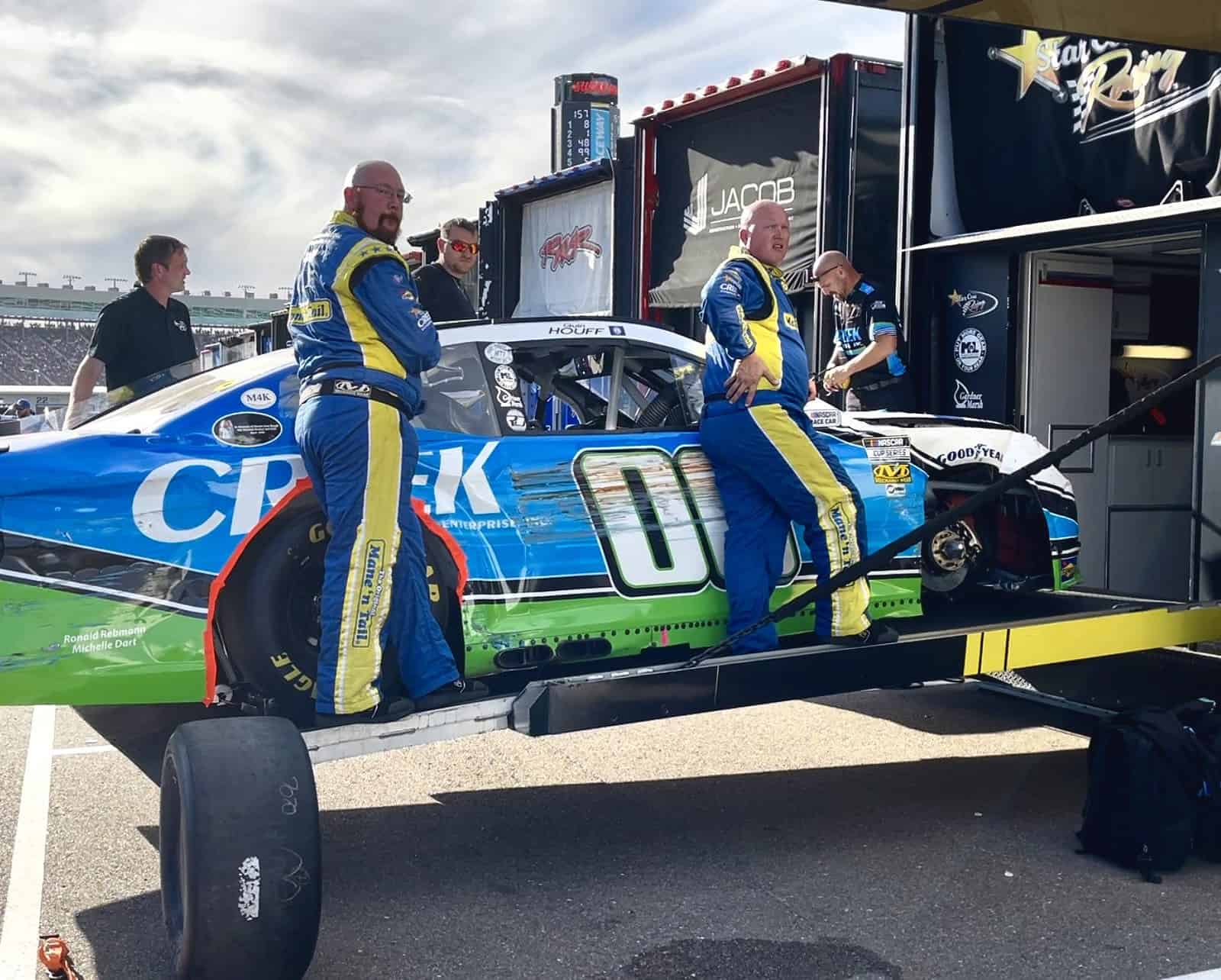 PHOENIX — Quin Houff knew this weekend was going to be pretty emotional. But the worst-case scenario hit hard when his No. 00 Chevrolet was brought back to the garage on the hook.

The team announced Friday (Nov. 5) its charter “will take new ownership” by an unnamed team after the 2021 season. Houff has been the organization’s full-time driver for the past two and a half seasons.

It is with a heavy heart that we say goodbye to our StarCom Racing fans. After the championship this weekend, our #00 charter will take new ownership. Thank you so much to all our fans for the fun memories and loyal support over the years! #z00m pic.twitter.com/VPVmegCuDQ

For the @StarcomRacing team, this is it as the team charter has been sold. #NASCAR pic.twitter.com/keaverdYJC

Houff was OK physically but was clearly disappointed to end the program’s run by exiting the care center.

“It’s meant a lot,” Houff said of racing for StarCom. “Just to be a full-time driver in the Cup Series is a dream come true and I can’t thank them enough for that. I understand the business decision behind it and hopefully, something cool comes up in the future.”

Houff has made 89 career starts, posting a best finish of 13th in the fall race at Talladega Superspeedway in 2020. He wasn’t completely caught by surprise by the team’s decision to sell the charter. That stems in part from his mental approach to the sport.

“I’ve always taken things race to race,” Houff said. “Even though there’s a contract, you never know what could happen. And I’ve heard rumors, of course, but nothing for real until recently so I’ve just been focusing on every week.”

Houff said he currently has no opportunities lined up for 2022. The team that bought StarCom’s charter is not yet known.