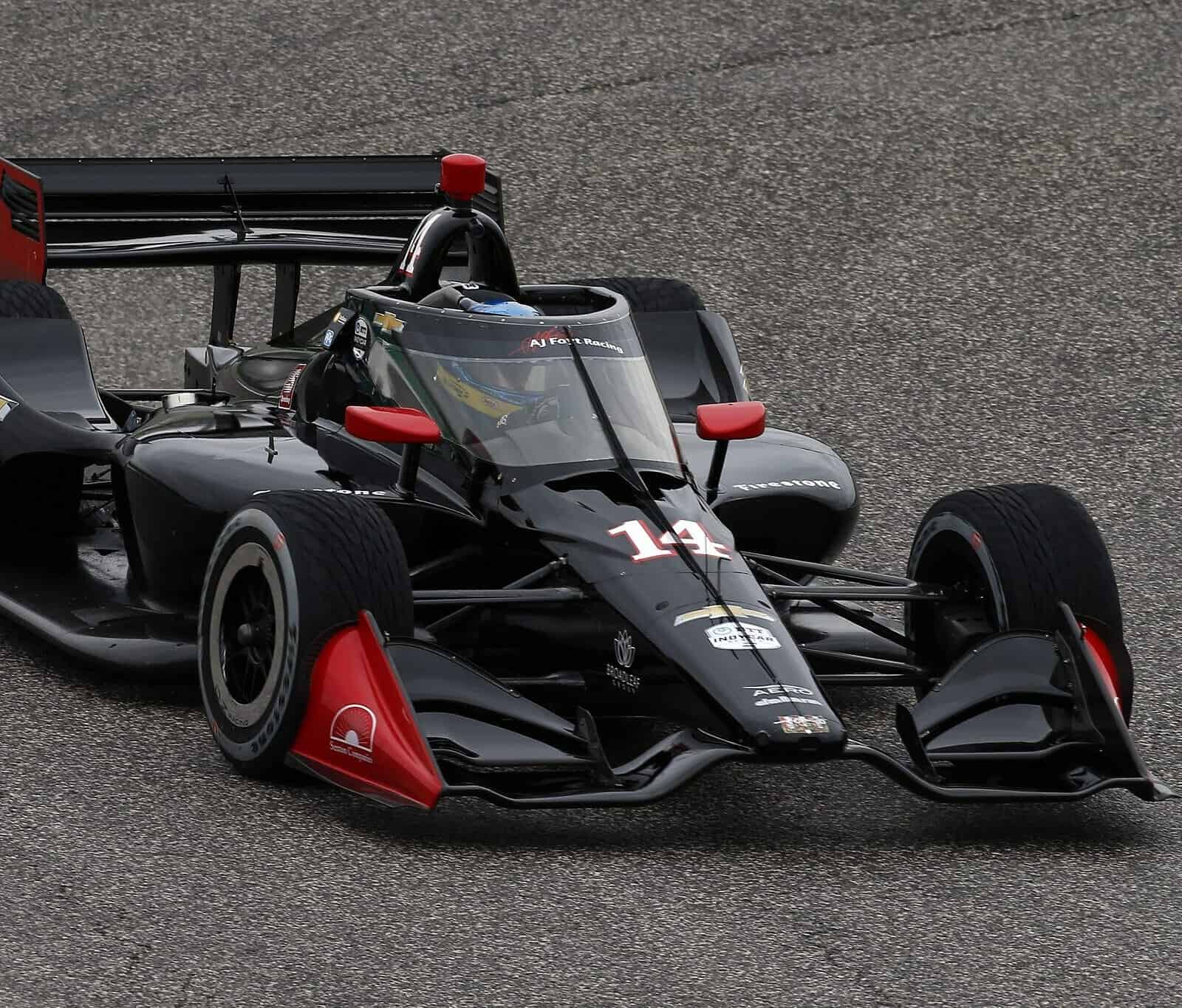 AJ Foyt Enterprises had just one full-time NTT IndyCar Series ride in 2020 with veteran driver Charlie Kimball at the wheel.

Alongside Kimball on a part-time basis were Tony Kanaan, Sebastien Bourdais and rookie Dalton Kellett, who raced in six, three and eight races, respectively. Kellett bounced between the No. 14 and No. 41 Dallara Chevrolets, while Bourdais and Kanaan filled in the No. 14’s gaps and Kimball wheeled the No. 4 for all 14 races.

Kanaan was the only driver on the roster to have competed with the team in IndyCar before; Kimball, Bourdais and Kellett were all newcomers to the stable for 2020.

Kimball wound up 18th in the standings when the season concluded, near the tail end of the full-time drivers. The English-born racer completed all but 11 laps of the 2020 season but failed to record a single podium and had just two finishes inside the top 10.

His return to full-time racing after a part-time schedule with Carlin in 2019 yielded a midpack performance, coming on the heels of taking over for Matheus Leist after Foyt parted ways with the Brazilian. The season didn’t start off on the best note, as Kimball crashed on the last lap of the season opener at Texas, finishing 11th in the final scoring but with a demolished racecar.

Finishing in the top 20 — but outside of the top 10 — became a trend for Kimball in 2020, as the No. 4 ended up in that range 10 times in 14 races. Kimball never suffered another race-ending incident, but after a 10th at the second Road America event it took until the season finale at the Grand Prix at St. Petersburg for him to secure another top-10 result.

After four full campaigns in Indy Lights, Kellett took mostly to the road courses for Foyt in 2020 as part of an IndyCar rookie quartet. His luck spiraled throughout the season, neither qualifying nor finishing better than 20th, while crashing out of the Indianapolis 500 and never managing to score more than 10 points in a race. Kellett competed in eight total events, spending time in both the Nos. 14 and 41.

Despite falling short of a win in 70 Lights starts, Kellett notched six podiums in his time there (all third-place finishes) and started on the pole at Indianapolis in 2018. The track wasn’t as kind to Kellett in the higher series, as he slammed the wall twice on lap 82 and was forced to retire from the race. His season didn’t improve after that, failing to post a top-20 effort in the remainder of his races.

Meanwhile, Kanaan scaled back his schedule for 2020 after running for Foyt full time the last two years, competing in just six races after 18 full seasons in the IndyCar Series. He finished 10th in the COVID-postponed season opener in a 7-Eleven scheme that threw back to his prime years in the sport, adding a ninth-place effort at the first World Wide Technology Raceway at Gateway event.

Despite one DNF, Kanaan recorded an 11th at Iowa Speedway and finished 24th in the standings, two spots higher than Kellett.

2020 marked Bourdais‘ first part-time season of competition since 2017. While fortune didn’t favor him with two finishes below 15th at the Indianapolis road course events, he ended the season on a high note; qualifying seventh at St. Petersburg, Bourdais made his way up to a fourth-place result and ended up completing all but one lap in his 2020 schedule.

That performance ended up earning the Frenchman a full-time seat with the team next year, as he seeks to get back on the podium in IndyCar.

Foyt is set for a full changing of the guard for 2021 after a rough, disappointing season in which three of the team’s four drivers combined for just three top-10 finishes.

Bourdais takes over the No. 14 full-time for the team next year, while Kanaan is on the move and scheduled for a four-race stint for Chip Ganassi Racing. Foyt will rely on the former to help them bounce back to form, of which the four-time CART champion is more than capable.

The team announced on Dec. 15 that Kellett is returning to the team to drive the No. 4 in place of Kimball, giving the 27-year-old a shot at his first full season and bringing the team back to two full-time entries.

Kimball, meanwhile, has yet to announce his 2021 plans, and the team hasn’t revealed any part-time entries as of this writing.

It remains to be seen whether bringing back Kellett is the right move for Foyt, but the pairing between a veteran team and the young driver could be beneficial for both parties involved, especially alongside a veteran teammate.