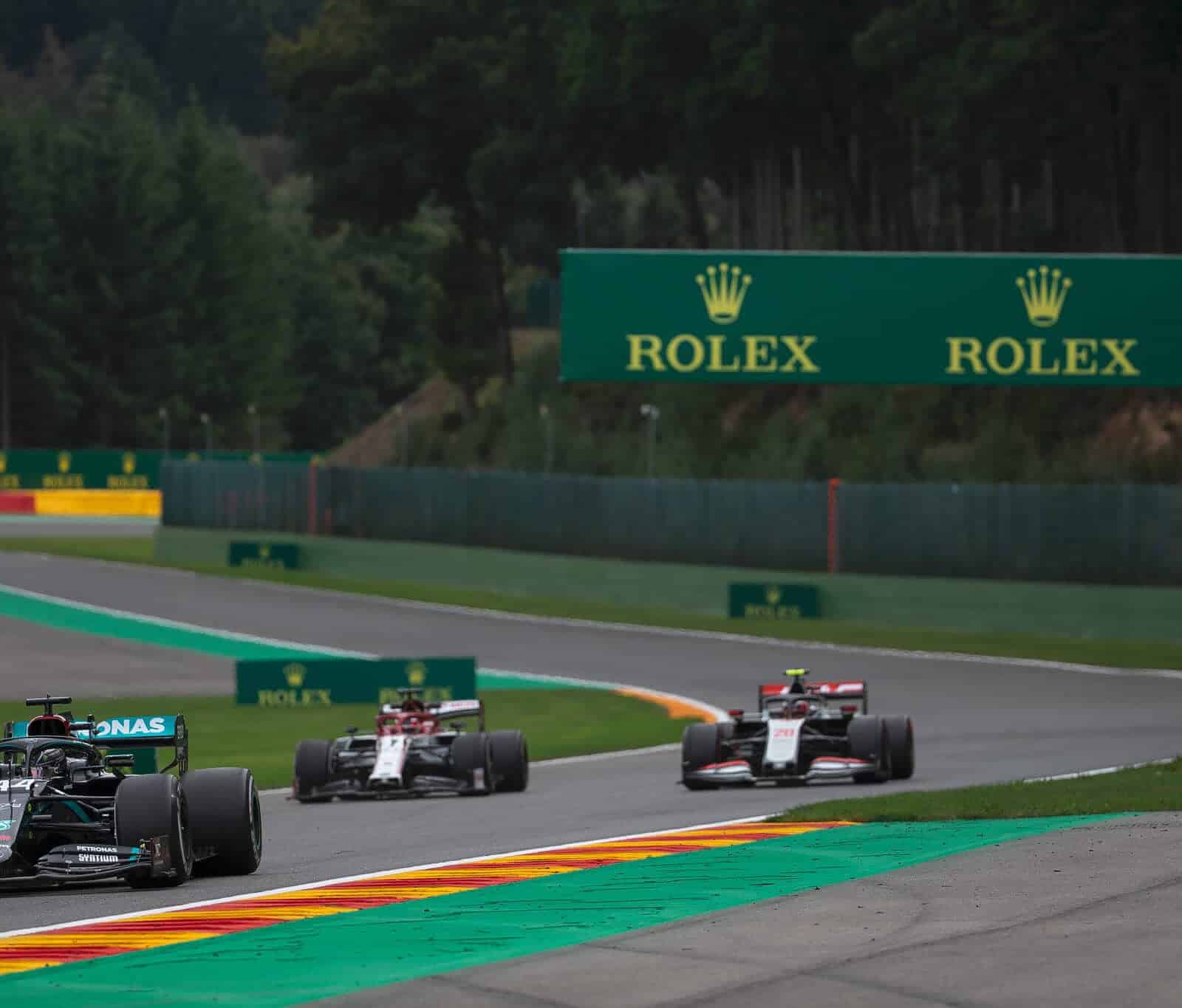 Crown Lewis Hamilton … again. After a strong start to the 2020 Portuguese Grand Prix, Hamilton looked like he would do what he has done so many other times during his career — cruise to the victory.

In the end, he did. It just took a while after Valtteri Bottas made Hamilton fight for it.

The start made the race look like it might be another Hamilton classic but instead, the opening laps featured an unusual amount of unexpected drama. Hamilton drove away only to be caught by Bottas.

But Hamilton was then caught by the surging Carlos Sainz who, from appearances, looked like he was gifted his spot at the front after starting from the fourth row. However, he cleanly cut through the field.

With Sergio Perez and Max Verstappen duking it out on the first lap — Perez spinning and falling to last, Verstappen driving wildly and finding it difficult to stay on track — Sainz drove by them. Bottas challenging Hamilton then enabled Sainz to drive up and, when Hamilton was dropped from the lead, he became an easy target.

Sliding into first looked easy as Bottas then faced issues with keeping himself settled on the damp track. From there, Sainz looked to have some semblance of control. Having the McLaren out in front, though turned out to be the illusion that everyone might have anticipated.

On lap 20, Hamilton passed Bottas on the frontstretch, and from there, the race followed the normal narrative. Hamilton took off in a way that only he can, quickly establishing a lead that would daunt any driver. Bottas could never match the pace and became compromised by a car that just would not grip.

Hamilton’s superlative performance, winning by over 25 seconds, cemented him as the winningest F1 driver of all time with 92 career victories.  He sits atop the heap with the combined wins of Ayrton Senna and Alain Prost, a staggering total that seems surreal.

Seriously, is there any other driver than Hamilton to mention here. Sure, Perez recovered from last place to finish seventh. Yes, Sainz took the lead briefly and managed a sixth-place finish. But all eyes should be on Hamilton and his moving into sole possession of first place in F1 wins. His record-tying seventh championship also looks to be a formality as he holds a 77-point edge over Bottas with five races to go.

Hamilton did his usual Hamilton this weekend by earning the pole, winning the race and snagging the extra point for fastest lap. His first win came back in 2007 at the Canadian Grand Prix and from there, he has set a staggering pace that is likely to be unmatched.

– Pierre Gasly continued his excellent season by taking fifth. His win at Mugello no longer looks to be a wild fluke and instead appears the result of an opportunistic, talented driver who is flourishing this season. While Sergio Perez has garnered watchful eyes regarding his future, Gasly may be the real prize of the field, and Red Bull seem to be at a bit of a loss as to what to do with him. He will likely return to AlphaTauri rather than jumping back to Red Bull, and such a move seems peculiar in that it keeps him at bay with the sister team.

Sergio Perez and His Incredible Recovery

– If Alex Albon is driving for his job at Red Bull, his 12th-place finish is not what is going to do the job. Red Bull head honcho Helmut Marko has stated that Imola, the next stop on the schedule, is the last place where Albon could shine in order to keep his seat for next year.

Albon’s year with the team has been highlighted by a podium finish but also marred by a lot of finishes outside of the points. Such results are troubling when compared to Verstappen’s consistent podiums.

Should Albon’s seat open, it will become the prime landing spot during Silly Season. It’s a top-tier ride that most drivers would long for and is rarely open. Red Bull has indicated they will look outside of their driver program to fill the spot, leaving rumors swirling that if Albon fails, Sergio Perez or Nico Hulkenberg could soon be spotted wearing the uniform.

– The decisions proffered by the stewards frequently seem to be marked with confusion. The PGP featured another instance of incongruency. At the start of the race, Verstappen collided with Perez, sending Perez into a spin and off the track.

The stewards briefly looked into the matter and decided to take no action. The decision seemed peculiar, especially as Verstappen appeared a bit wild and at fault for the collision.

Later in the race, Lance Stroll sought to make his way past Lando Norris. Stroll set up a pass on the outside, looked to pull alongside the McLaren driver, but then bounced off the racing line.

For this indiscretion, the stewards handed Stroll a five-second penalty, which was a reaction that seemed not to match Verstappen’s earlier incident. This kind of discrepancy in asserting the rules can be so frustrating for fans. But that’s what happens when officials are constantly put in position to make subjective calls.

– Hamilton appreciated his winning moment by saying, “It’s going to take some time for [the record] to fully sink in, but I was still pushing flat-out coming across the line.

“I’m still very much in race mode mentally. I can’t find the words at the moment.”

– Charles Leclerc scored his best finish since Aug. 9 at Silverstone with a fourth-place result. Ferrari looks to be on the upswing.

“I’m extremely happy,” said Leclerc, “not because we didn’t get lapped, but mostly because our race pace, in general, has been very positive today.

“We’ve been struggling quite a lot at the start, which cost us quite a lot of overall time for the race. But in the end, we caught back quite a lot and so overall, I’m quite happy with our performance today.”

– Max Verstappen may have had the quote of the day when discussing Hamilton’s success.

“Lewis was just saying he keeps pushing because he wants to set it [the benchmark] very high. I have to work hard to try and get there,” Verstappen said, smirking.

“It’s amazing. What can you say? It’s an incredible, incredible achievement, 92 victories, and I don’t think it stops there. It will go well over 100. So, he’s pushing me to go until I’m 40 years old or something. But that’s good, it’s a good motivation as well.”