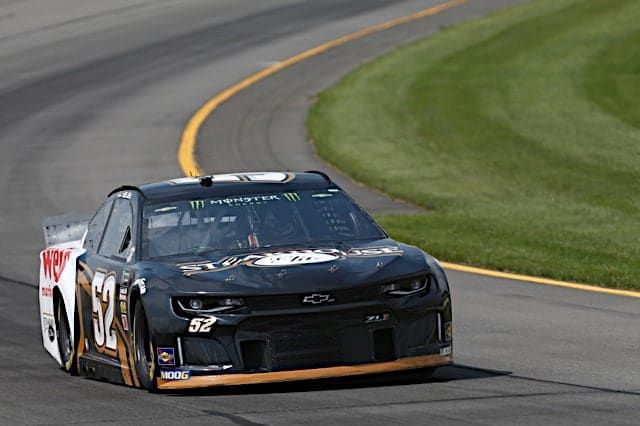 Rick Ware Racing has signed a new sponsor in DriveSmart for their No. 52 team in two upcoming races, the team announced Wednesday morning (June 26). DriveSmart is a company that sells vehicle protection policies that protect drivers against unexpected car repairs.

“We here at [DriveSmart] are excited to be a multi-race primary partner for the No. 52 Cup car with Rick Ware Racing,” company CEO Daniel Rodd said in a press release. “It’s a unique opportunity to help contribute to the overall race day experience for the team and fans alike.”

“Everyone we have talked with at DriveSmart have been so excited and energetic about seeing their car on the track in one of the most anticipated races of the year,” team owner Rick Ware said.

JJ Yeley will be piloting the car in Daytona; he has shared the ride with six other drivers so far this season.

“Daytona in July is always an exciting race ad to showcase a new sponsor like [DriveSmart] to our wonderful NASCAR fans will make it even more exciting,” Yeley said.

The No. 52 team is currently 38th in the Monster Energy NASCAR Cup Series owner standings with 46 points through 16 races.