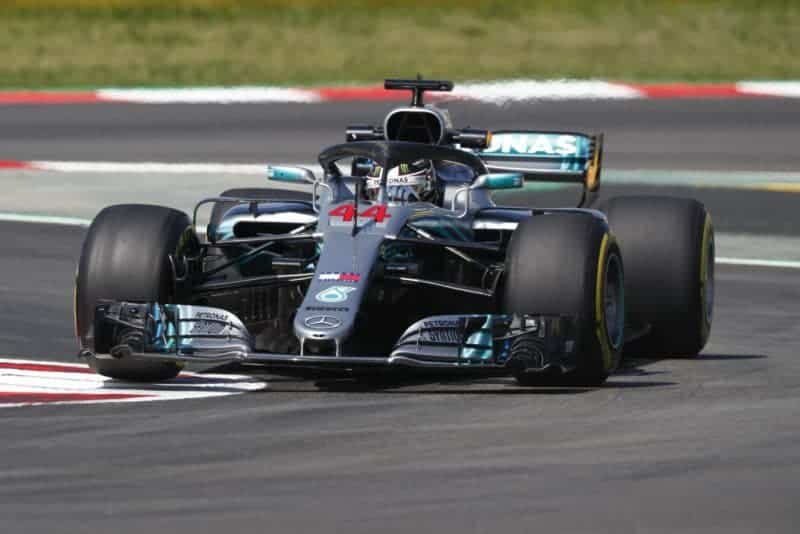 Lewis Hamilton was very cautious about the Hungarian Grand Prix on Sunday, after taking pole position the previous day. But the Briton had no difficulties in controlling the race from the start and took his sixth win at this Hungaroring circuit by just over 17 seconds over rival Sebastian Vettel, with Kimi Raikkonen in third.

“What a beautiful day,” said a relieved Hamilton afterwards. “What a great crowd. We’ve had and really an amazing job from the team. We came here knowing that the Ferraris would be real quick this weekend but to come out with these points we’ll definitely take as a bonus for us, so we deserve the holiday that’s coming.”

Hamilton had absolutely no trouble in controlling the race, leading from the start and continued to push, leading his Mercedes teammate, Valtterri Bottas by six seconds by lap 10. Even with two virtual safety car periods that were caused by Max Verstappen on lap six, when his power unit failed, or by Stoffel Vandoorne, the victim of a gearbox problem on lap 51, did not deter Hamilton, as even with his only pit stop on lap 24, which put Vettel into the lead.

However, Vettel had a botched pit stop, and Hamilton led again by lap 30, stretching his lead to the point where he led further ahead of second place Bottas by 17 and a half seconds, with nine laps remaining.

But while Hamilton was cruising to a victory, Bottas began to realize that his rear tires, that were replaced on lap 15, were wearing heavily. Vettel continued to threaten Bottas, and only laps from the end, attempted to pass the Finn. But Bottas closed the door on Vettel, striking the Ferrari driver, and damaging the Mercedes front wing. Bottas lost considerable time, and in addition, was passed by Raikkonen. Daniel Ricciardo, who had a bad start in his Red Bull machine, was gradually moving up the grid and by this time, also had his sights on Bottas and attempted to pass him into turn one. But Bottas could not brake in time, and struck Ricciardo, knocking him off course, but not damaging his car. But engineers from Mercedes knew that it was a mistake and radioed Bottas that he should let Ricciardo pass him for fourth place. The result in the race was an easy victory for Hamilton, with Vettel and Raikkonen second and third, respectively. Ricciardo stayed comfortably in fourth, while Bottas ended up the race disappointed in fifth.

With the next race nearly a month away in Belgium, Hamilton now is in front of Vettel by 24 points in the drivers’ championship, while Mercedes continues to lead Ferrari by only 10 in the constructor’s. Normally it would be the time for most drivers like Hamilton to go to a beach and relax afterwards. But Hamilton himself is still thinking about the rest of the season.

“I’m not really the lay down on the beach kind of type,” he added. “I’ll be doing activities, training and getting ready for the second half, but really happy with how strong it’s come the last couple of races and as I said, so grateful for all the hard work and the continued efforts of the team, so they all deserve the break and I hope they keep pushing, we’ve got to come strong in the next half.”