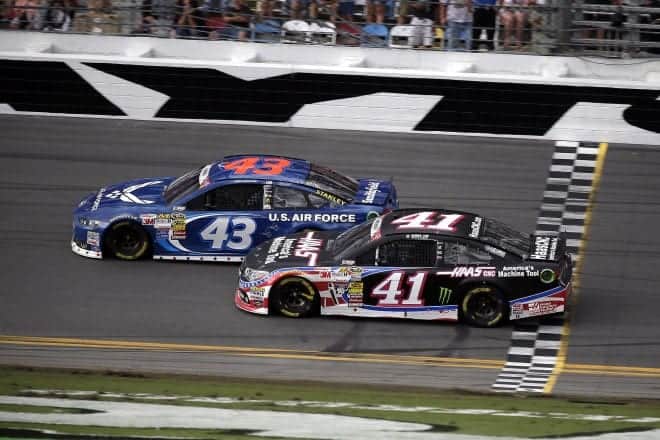 Looking for the Who, What, When, Where, Why and How behind Sunday’s race? Amy Henderson has you covered each week with the answers to six race-day questions, covering all five Ws and even the H… the Big Six. Who… gets my shoutout of the race? Casey Mears deserves the shoutout for delivering his team its … 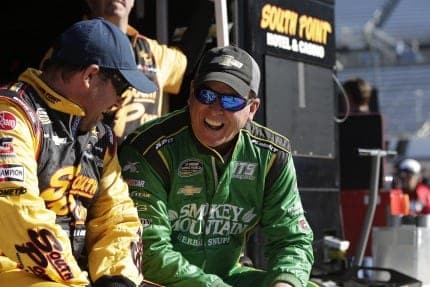 Once again this weekend, the Camping World Truck Series sits idle while the Nationwide and Cup series head off to Daytona International Speedway for the 4th of July weekend. With little in the way of news other than Kyle Larson’s announcement that he’ll be running Eldora (who didn’t see that one coming?) and Kyle Busch’s … 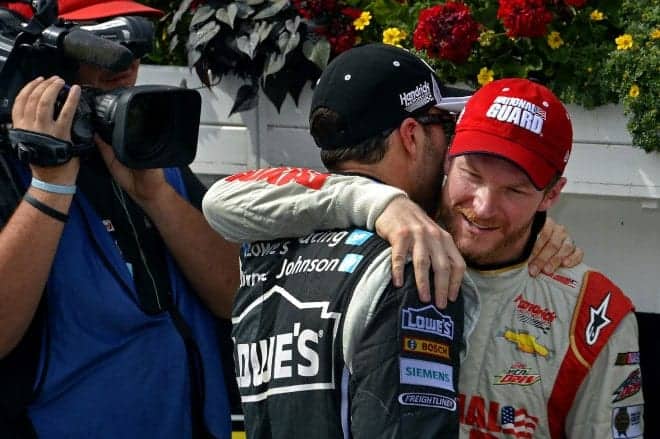 Welcome to the Frontstretch Foto Funnies! Ever see a photo that’s just begging for a caption? We see them all the time! Each week, we’ll pick a few, then let our staff give it their best shot. We’ll post the best ones for you! Want to get in on the fun? Each week, we’ll also … 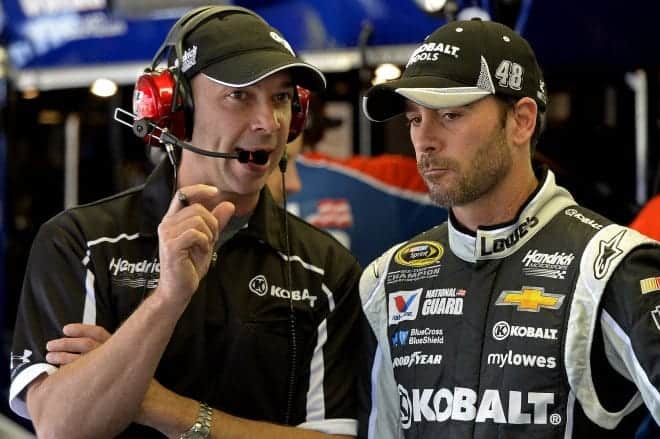 Chad Knaus, longtime — hell, only — crew chief for six-time champion Jimmie Johnson, lashed out Sunday after the No. 48 was defeated in its bid to become the first car to win three races in a row, or a hat trick, since NASCAR CEO Brian France started his campaign to liken stock car racing …

Key Moment – When five drivers lost tires between laps 193 and 197, a caution finally came out. All of the lead lap cars except for Landon Cassill hit pit lane. Kurt Busch, Tony Stewart and Paul Menard took two tires, moving to the front while the remainder of lead-lap cars took four. In the …

The good news is that nobody had to worry about points on Saturday night. The bad news is that many teams come to Daytona with three cars: their Sprint Unlimited car, Daytona 500 car and Daytona 500 backup. After a practice wreck, some teams could be left scrambling. Carl Edwards’s team already loaded his Unlimited car on a hauler bound for Charlotte after his practice wreck; they’ll fix it, hang new sheetmetal, and bring it back to serve as the Daytona 500 backup as Edwards was forced to pull his original second car out for Saturday’s race.

There were a few typical Martinsville skirmishes on Sunday. Kurt Busch called Kevin Harvick “half-assed” when Harvick refused to cut him some slack as Busch wanted to move into the bottom groove and Harvick got into him instead spinning him around. Johnson was upset with Mears after Mears got into his right front, wrenching the steering wheel from his hands, though no damage was done. Montoya was upset with Johnson, who shoved his way underneath the No. 42 in the closing laps, sending him up the track.

A week after winning the pole in Charlotte and driving home with a top-15 finish, Aric Almirola showed once again that Richard Petty Motorsports is a team on the verge of a breakthrough year. Almirola drove the No. 43 to a sixth-place result at the Monster Mile on Sunday, while teammate Marcos Ambrose finished 10th. That made RPM the only multi-car organization to see each of their entries finish inside the top 10 at Dover; it’s also the first time the team has done it all season. Mike Ford continues to work wonders since becoming Almirola’s crew chief; they haven’t finished lower than 19th in four starts together.

This is a tough call this week. Although it was easy to focus on Dale Earnhardt Jr.’s third-place run that propelled him to third in driver points, Earnhardt wasn’t the only choice and, in the end, wasn’t even the best choice. Although his finish was six spots below Earnhardt’s, Kurt Busch did it a car that never finished better than 12th all year in 2011.

Aric Almirola put his Chevrolet on the pole at the second Phoenix race in November, leading 66 laps before an accident ended his day.

Despite a few late-race yellows, the majority of Saturday’s Kroger 200 was the cleanest seen on the bullring in Clermont, Ind. in some time.

NASCAR’s Cup Series has the week off so the Power Rankings turns its focus this Wednesday towards the drivers trying desperately to make it there.