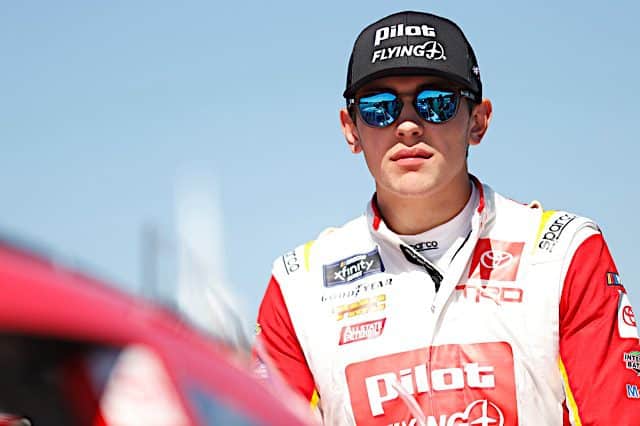 “This is an opportunity I have been working towards,” Smith said in a team release. “I can’t wait to get behind the wheel full time and am looking forward to a great season. I learned a lot in 2022 that will really help me to be competitive and run up front in the Xfinity Series. Thank you to Pilot Flying J, TMC Transportation, Allstate Peterbilt Group and Toyota Racing Development for supporting me in my racing career. I am excited for next year and appreciate the opportunity.”

“Sammy is a fantastic addition to our 2023 Xfinity lineup,” Steve DeSouza, JGR evp of Xfinity Series and driver development, added. “He proved to have the passion and the talent to necessary to compete for wins in the races he ran for us in 2022. We are excited to get him in the No. 18 full time and know he will be competitive from the jump.”

No other teams have been announced for the 2023 Xfinity season in the JGR stable. The team fielded three full-time cars in 2022: the Nos. 18, 19 and 54. The drivers of the latter two, Brandon Jones and Ty Gibbs, have moved on to other teams (JR Motorsports for Jones) or series (the NASCAR Cup Series for JGR for Gibbs) in 2023.