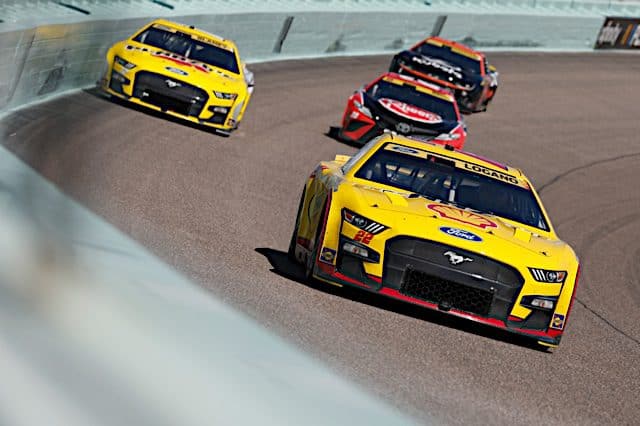 Editor’s Note: This article on how NASCAR races work is posted in collaboration with an outside sponsorship client. The opinions and information contained within do not necessarily represent Frontstretch and its staff.

A spectator accustomed to classic tracks, a fan of Formula 1 or the World Touring Car Championship, does not take NASCAR seriously at first sight. “What could be easier – turn in one direction!” that fan might say.

It’s a common misconception due to the fact European spectators rarely go to oval tracks. There are only a few such tracks in Europe, and they are most often left idle as fans flock to the road courses designed for F1. For example, the British track Rockingham Motor Speedway was used in an oval configuration only in the early 2000s, when it hosted the races of the now-defunct American Champ Car series. In 2022, the speedway is now operated in a different form; only a small section of the oval track is suitable for European racing.

The peculiarity of the oval track really lies in the fact that you only need to turn in one direction. But in reality, that’s no easier than constantly shifting the car from side to side. To move along the oval, peculiar settings are required, differentiating it from your typical open-wheel vehicle. The suspension is made asymmetrical, creating a difference between both the sides of the car, and the front and rear axles. Since oval tracks have a slope of the roadway from the sides to the center, you need to construct the car a certain way in order for it to have more grip.

One such example of how a NASCAR oval puts maximum load on stock cars is Bristol Motor Speedway, commonly known as Thunder Valley in American motorsport. In Bristol, the banking reaches 30 degrees in corners and 10 on the straightaways; thus, vehicle tilt compensation is required. If you don’t have the opportunity to watch the competition live, you can experience the thrill from the comfort of your home – for example, play at the legal Canadian Hell Spin Casino.

At the same time, the combination of forces (including centrifugal) constantly strive to bring the car to the outer radius, while the inner radius is more advantageous for overtaking. This is the art — you need not just to play circles, but constantly calculate the trajectory of other cars on track in order not to give them loopholes for overtaking as you battle tight or loose conditions that might bring you to the edge of control.

Maintaining that control is a constant battle: as soon as you loosen your hand on the steering wheel, the car will be turning into the wall within seconds. Thus, the difficulty of moving along the oval is achieved not so much by the configuration of the track, but by the density of the struggle: the rivals themselves become part of the track, natural obstacles to a much greater extent than, for example, in F1 where passing comes at a premium. The peloton of 40 cars, inscribed in a 0.533-mile track like Bristol, is a very serious test that not everyone can withstand.

NASCAR is not a single series but a racing association that includes a number of different divisions, the top of which is the NASCAR Cup Series championship. In descending order, there are two junior championships: the NASCAR Xfinity Series (less powerful cars of a similar configuration) and the NASCAR Camping World Truck Series (pickup trucks). In both second-tier divisions, pilots who fight for the title can run into guests from the senior division that are allowed to come and compete for a limited schedule.

Kyle Busch, Joey Logano and Cole Custer are just a few such examples of eminent Cup racers who regularly perform in lower series; Custer won a race at Auto Club Speedway earlier this year. It used to be far more prevalent before recent rules limited their appearances; at the peak of those drivers double-dipping, in 33 Xfinity races in 2013, the guests won 29! But they did not receive points for victories, since a NASCAR driver can officially only compete in one series; Austin Dillon, who did not win a single race that year, became the champion.