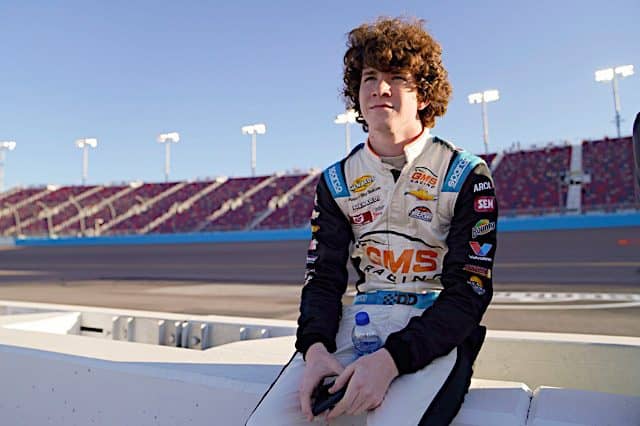 The 18-year-old will debut in the No. 43 for the two-time Truck championship-winning team.

“I am really thankful for the opportunity to drive the No. 43 Chevrolet Silverado RST for GMS Racing in the NASCAR Craftsman Truck Series in 2023,” Dye said in a team release. “GMS Racing, their partners and staff, are the best in the business, and to drive their Chevy trucks next season is something that I’ve dreamed of for a long time. I’m counting down the days to coming back here at Daytona to race under the lights.”

After two years of ARCA Menards Series competition, Dye has earned one win, 16 top fives and 21 top 10s in 26 starts. In his only full-time year in the series, the Floridian finished second in the championship standings only 14 points behind champion Nick Sanchez.

“It has truly been a pleasure watching Daniel progress so far in his relatively short time spent with the team,” team president Mike Beam said. “Since we signed him to our program, his dedication to learning the ins and outs of the sport has been top-notch. Early on, it was made clear to everyone that he has the talent to move up to the next level of competition. Now, with a full year of ARCA racing under his belt, the time has come to make that move. We are excited to be a part of his journey along with our partners at GM and Chevrolet and look forward to seeing what he can do during his rookie year competing in the Craftsman Truck Series.”

GMS Racing fields two full-time Truck teams in 2022 with drivers Grant Enfinger and Jack Wood. Enfinger was eliminated from this year’s playoffs after the season’s penultimate race at Homestead-Miami Speedway last weekend and now sits seventh in the standings after earning one win, seven top fives and 11 top 10s.

Enfinger is the other confirmed driver at GMS in 2023, returning to the No. 23. Wood’s status with the organization is not currently known.