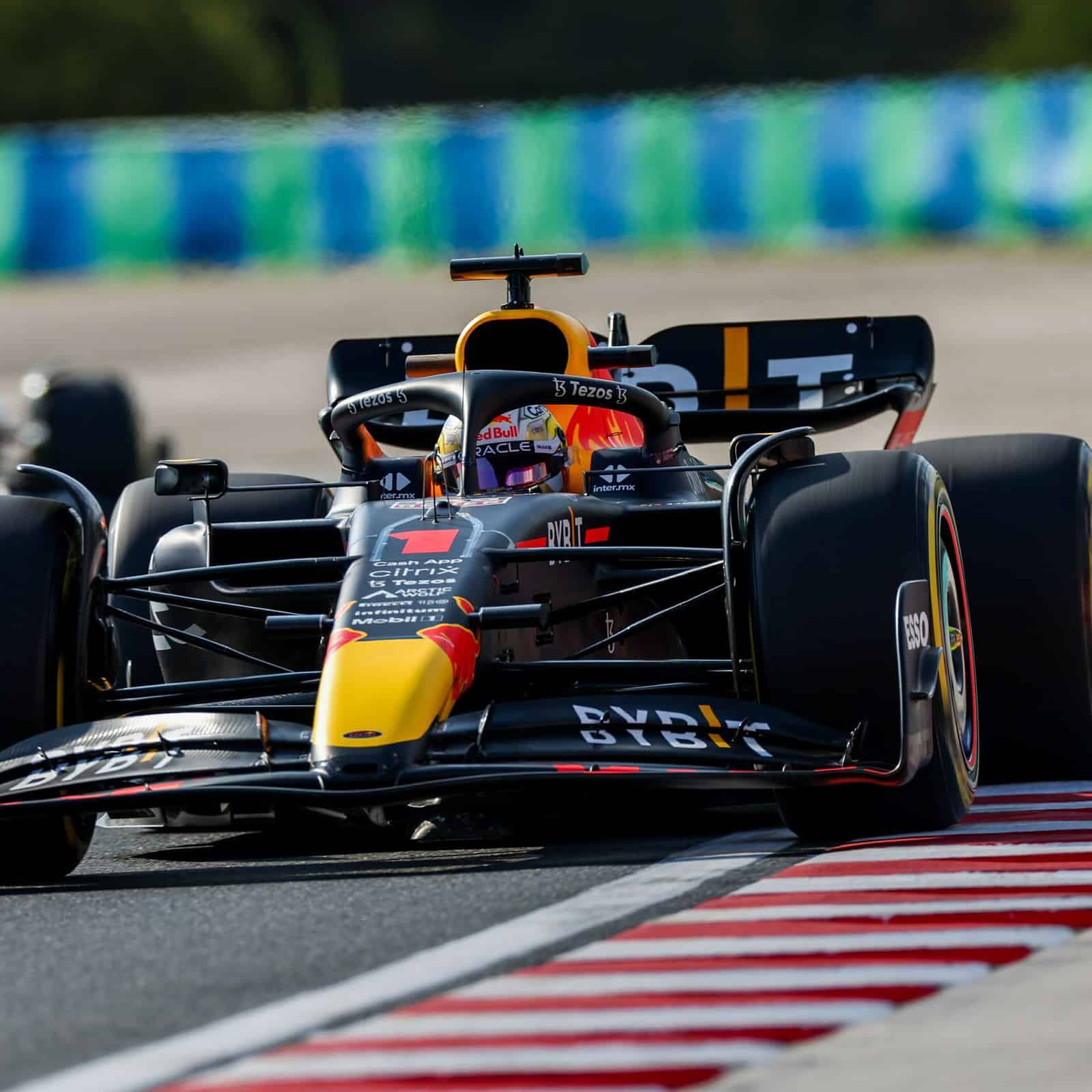 BUDAPEST, HUNGARY - JULY 29: Max Verstappen of Red Bull Racing and The Netherlands during practice ahead of the F1 Grand Prix of Hungary at Hungaroring on July 29, 2022 in Budapest, Hungary. (Photo by Peter Fox/Getty Images) // Getty Images / Red Bull Content Pool // SI202207290508 // Usage for editorial use only //

This weekend brings the final race before Formula 1 takes its summer break.  The Hungarian Grand Prix wraps up a string of European events, having visited England, Austria and, last weekend, France.  In what may be somewhat of a surprise, Max Verstappen won only one of the three races, with Ferrari drivers claiming the other two.

While those results may indicate that Ferrari is rolling at the Verstappen and Red Bull are on the back foot, such a conclusion would be a misconstruing of what has actually happened.

Ferrari, with a potentially dominant car and Charles Leclerc in a clear championship position, has seemingly chosen to cast aside the opportunity to take over by electing for chaos whenever a solid decision is needed.  The team botched its strategy with Leclerc in the lead at Silverstone, handing the wheel to its second driver Carlos Sainz but relegating Leclerc to fourth.  At the Red Bull Ring, Leclerc stole the win but Sainz was felled by reliability issues — something that has become an increasing concern for not only the works team but those running Ferrari power units.  Closing out the trifecta of confusing results, Leclerc crashed out of the French GP and basically gifted the win to Verstappen, and then the team botched its strategy with Sainz, taking away a potential podium and placing him fifth.

For winning only once, Verstappen kept his wounded car on track during the British GP and claimed seventh, then followed with a runner-up before taking the win in France.  Both his lead and the team’s have grown.  Both are hitting the track as though they feel no pressure, and it is showing in how they outperform Ferrari even when the car might not be better.

Is this storyline set to play out once again in Hungary?  There’s a very real chance it does.  Ferrari opened by showing top speed in the first two practices.  Such results point toward the Prancing Horse having the advantage and ending the first half of the season in a strong, and recovering, fashion.  Yet there is every reason to believe it will botch it again because the forecast for Sunday predicts rain.

While not an equalizer, a sodden track does remove Ferrari’s speed advantage and place more focus on the driver; conditions where Verstappen excels.  It even draws Lewis Hamilton into the mix with his underwhelming Mercedes but wet-track acumen.

It may be an overstatement, but as the 12th race of the season, Hungary may be a defining moment as to whether Ferrari can really provide a fight for the second half of the season.

– The big news heading into the weekend came when Sebastian Vettel announced his retirement following the 2022 season.  The four-time champion has transitioned into a valuable elder statesman.  As his results have dipped ever since leaving Red Bull, his stature has become more noticeable.  His loss will be felt in the way his presence has evolved into being an important presence.

Of course, dwelling on Vettel’s departure is something that will last through the remaining races but the focus has shifted into who will take his seat.  This storyline will be a fascinating one to follow as Aston Martin may find that putting Nico Hulkenberg behind the wheel for 2023 would be a preferable stopgap and cause little upheaval.

Or filling the seat might be a decision that shakes up Silly Season like a carbonated beverage hitting the ground.  Should Aston Martin desire to go bold, the repercussions could be felt by multiple teams, among them Alpine, Williams and McLaren.  For the sake of a wild story, having Aston Martin finding that upheaval is the way to go would make for some fascinating string of events.

– In what has been a quiet lead-up to the race weekend, little in the way of drama has emerged.  The one tidbit stirring the pot has been Aston-Martin’s debut of its rear wing that plays with and skirts the current rules that were supposed to end the prominence of endplates.  The team apparently has found a unique way to interpret the rules that should give it a decent advantage over the mid-field teams this weekend.

The wing brought noticeably improved pace so far, as the Astons held positions in the top 10 during practice.  The wing enjoyed approval from the FIA throughout its development and highlights that even within a rules package meant to bring about some sense of parity that teams are still able to find ways to be unique and gain an advantage.

Red Bull team principal Christian Horner went so far as to say, regarding the wing, “If it’s according to the rules, it’s a possible path to take. And who knows, maybe we’ll copy something from Aston Martin instead of the other way around.”

Now wouldn’t that be something?