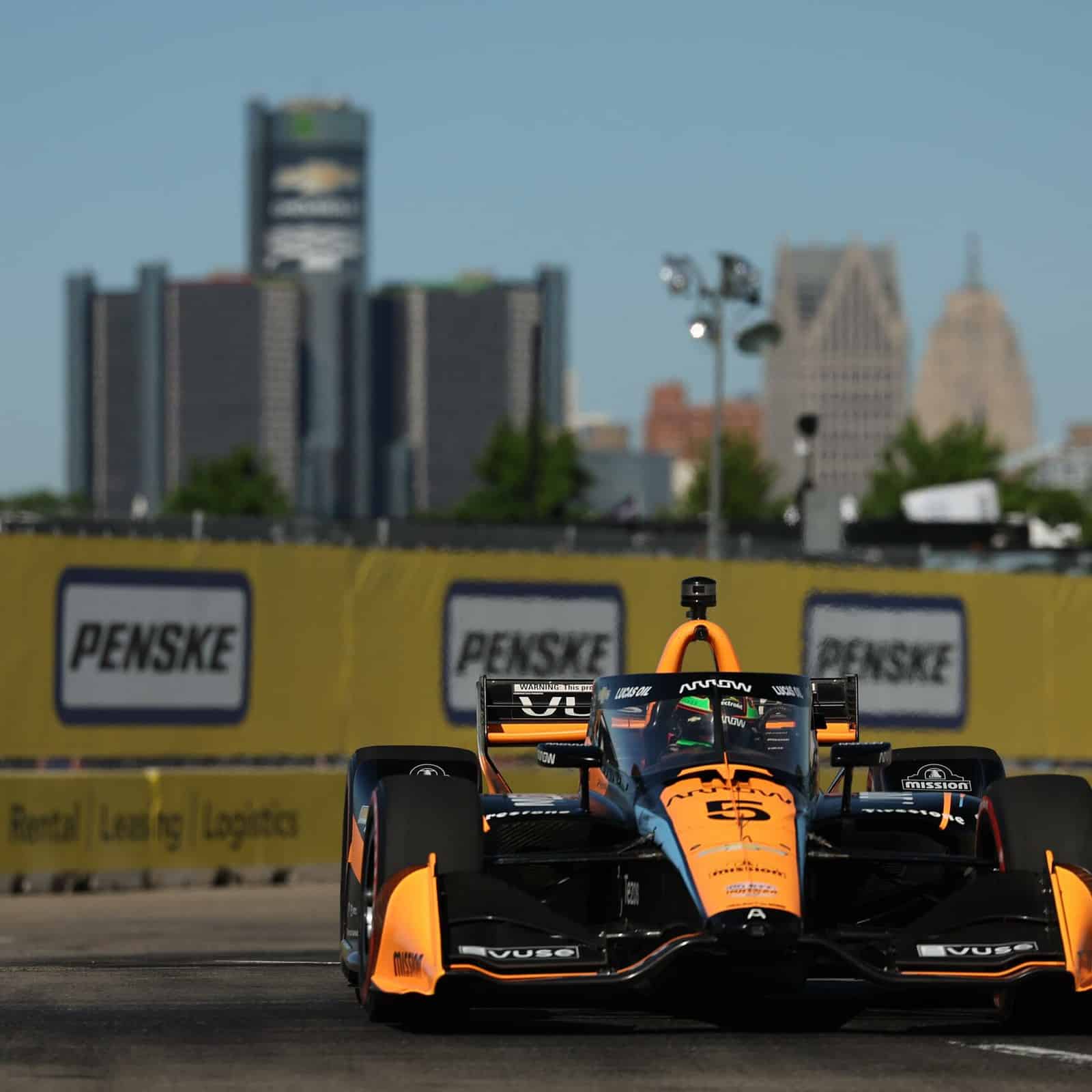 Pato O’Ward took advantage of Josef Newgarden’s misfortune and held on for the final 64 laps to win the Hy-Vee Salute to Farmers 300 at Iowa Speedway.

It’s his second NTT IndyCar Series win this season and the fourth of his career.

On lap 236, Newgarden was leading the race and well on his way to sweeping the weekend when a mechanical failure sent him spinning into the wall in a hard wreck. Newgarden led 148 of 300 laps in the event, after leading 227 of 250 laps the previous day en route to winning that race.

After dominating all day long, Josef Newgarden is OUT of the race.

Take a look at what happened to Saturday's race winner at Iowa. #INDYCAR

The wreck opened the door for O’Ward, who took the lead under caution after winning the race off pit road and led the rest of the way.

“The No. 5 Arrow McLaren SP guys in the pits were awesome,” O’Ward said to NBC Sport’s Dave Burns in the winner’s interview. “I think that’s what gave us our win.

“Obviously, I did my job in the car to keep it safe and maintain. I knew we had the pace, it’s just tough whenever you’re going through the traffic. The guys in front of me race it in a different way than you do, it’s different every lap”

Will Power led the opening laps from the pole, but was passed by Newgarden after the opening round of green flag pit stops and couldn’t get back to the lead the rest of the day under green. Still, however, the Australian was able to finish second.

Scott McLaughlin finished third and Scott Dixon was fourth. Jimmie Johnson made a show out of the final restart, saving the car multiple times from wrecking and was able to get by Marcus Ericsson in the closing laps to get his first top five finish in IndyCar.

On lap 119, Kyle Kirkwood hit the wall coming into turn 1 after being passed by leader Newgarden and the lapped car of Vinus Reekay going into the corner three wide. This and the Newgarden wreck were the only on-track incidents that led to cautions. Kirkwood walked away from the crash but ended up finishing 25th, in front of only Christian Lundgaard, who had a mechanical issue a few laps prior that forced him to pit.

Just five races remain in the 2022 IndyCar season. As far as point standings go, Ericsson now leads Power by eight points, while Newgarden went from leading the race and points prior to the crash to being behind by 34 points. Dixon is tied with Newgarden for third in points and O’Ward has moved up to fifth, but back by 36 points.

The next race on the schedule will be Saturday, July 30 at the Indianapolis Motor Speedway road course. The race will begin at 12 p.m. EST, with coverage live on NBC.