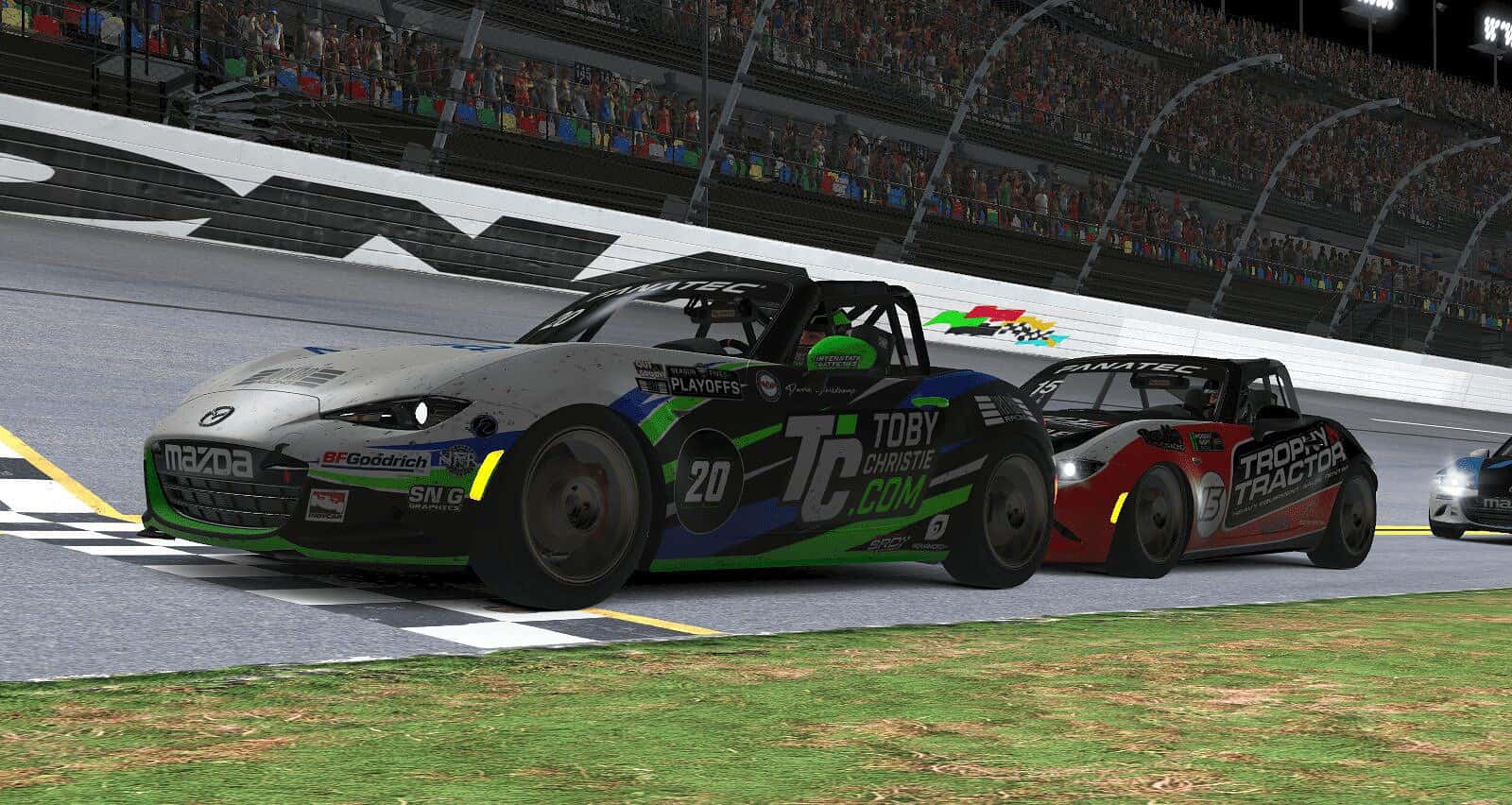 Taking home the win July 18 in the first round of the Monday Night Racing Pro Series League playoffs was David Schildhouse. The series utilized Mazda MX-5 Cup cars at the Daytona International Speedway Road Course for the opener.

This victory will lock Schildhouse into the next round following next week’s cutdown. He will be able to race without a worry knowing he is still alive to race for a championship and is seeking his second straight final four appearance.

Daytona was only the second road course event of the season, but it was an important one–and a crazy one, too. If anyone has ever watched a race at this road course in the real world, you would know how technical it can be and how you have to hit every mark in the infield section until you get to the oval section. With the Mazda MX-5 Cup cars, that is still the case but because of the low power, drafting and pack racing on the NASCAR portions of the track were predominant all night.

Just to show how tight the racing was in the race, the top six finishers all finished within one second of each other.

Strategy along with the superspeedway type racing were the two main components of the entire race. After the clean and green racing we saw, Schildhouse came out on top in an extremely close finish, putting himself in position to advance.