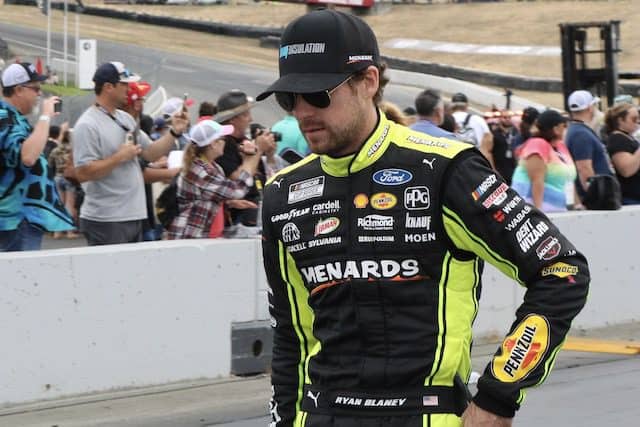 Of the five first-time winners this NASCAR Cup Series season, which will go the furthest in the playoffs?

Mike Neff: Any of the five could catch fire and make a run to the Championship 4. Having to spitball from here, my guess is either Ross Chastain or Tyler Reddick. Both have shown speed all year long, and they both can win at any type of track.

Josh Roller: Even if he doesn’t win, Chastain’s grit will get him to the Round of 8 and may even take him to the Championship 4. He’s the only one of the first-time winners in 2022 I can see advancing all the way to Phoenix Raceway. Chastain had to have a lot of determination in his 2019 NASCAR Camping World Truck Series title fight. That will prove helpful in the Cup Series.

Stephen Stumpf: Chastain is currently third in regular season points, and he has the most playoff points and race wins of the five. And while the other four drivers have had inconsistent stretches and periods of slow speed, Chastain has been one of the few drivers to have run in the top 10 in almost every race this season. Of course, there are no guarantees for the playoffs come September, especially when the allotment of playoff points has been evenly spread out among drivers this season. One bad finish would be enough to do almost anyone in. But if Chastain can avoid the trouble, he has a great chance of making the Round of 8 and even the Championship 4.

Jared Haas: If this question was asked before the season, Austin Cindric would have looked like the favorite to make a deep playoff run out of the five drivers. But Chastain has proved that he is contender for wins and can quietly score good runs under the radar. In the last four races, Chastain has led zero laps yet scored a top 10 in all four of those starts. Consistency gets drivers far while wins lead to championships. Chastain has the ability to do both late in the season.

Joy Tomlinson: Chastain will likely go the furthest. He is known for his aggressive driving, but that can actually be beneficial as long as he doesn’t make mistakes. A good finish at Kansas Speedway is not unlikely, and he can contend for the win at both Talladega Superspeedway and the Charlotte Motor Speedway ROVAL. He’s good at pretty much all track types; at Martinsville Speedway he scored a fifth-place finish in a race dominated by two Hendrick Motorsports drivers. Chastain may just make it to the Championship 4.

Should Ryan Blaney be concerned about the possibility of missing the Cup playoffs?

Haas: Ryan Blaney should be more concerned about getting a win than worrying about the other drivers getting wins. Blaney can control his destiny by either winning or taking the points lead, as he sits 33 points behind leader Chase Elliott. There are scenarios where Blaney could miss the playoffs, they are unlikely. Let the drivers below the cut line do the worrying about how they are going to win. Blaney can make the playoffs even with two more new winners this season.

Neff: Definitely. The team has been in contention all year and has not sealed the deal. It will most likely win before the playoffs, but if it doesn’t, that will be one of the biggest surprises of the year.

Andrew Stoddard: Yes, he should. Reddick’s triumph at Road America makes him the 13th different winner of 2022, leaving only three spots open for drivers to make the playoffs on points. Well, at least for now. There are eight races left in the regular season. Of those eight races, two of them are on superspeedways and another two are on road courses. These are track types that are known for sometimes producing surprise winners. There are many drivers in the winless ranks who run well at superspeedways and road courses. For example, Erik Jones, Aric Almirola, Ricky Stenhouse Jr., Michael McDowell and Justin Haley are all winless this season, but they have all won a Cup race at Daytona International Speedway. Furthermore, there are not one, not two, but three former Cup champions who are winless this year: Martin Truex Jr., Kevin Harvick and Brad Keselowski. These are all proven winners who could regain that form at any time, grab a checkered flag and leapfrog Blaney in the standings.

Stumpf: For the moment, no. If there is a repeat winner at Atlanta Motor Speedway this weekend, he is most likely safe. But if there is a new winner, things get dicey as there will only be two spots left for non-winners. That said, Blaney also has an advantage over Truex, Christopher Bell, Harvick and all the other drivers trying to point their way in: the regular-season championship. If Blaney can vault his way to the points lead by the end of the season, he will automatically have a playoff spot regardless of who wins.

How should NASCAR handle stages at road courses?

Tomlinson: NASCAR shouldn’t throw the caution at the end of the first two stages on road courses. Go ahead and award the points if you need to, but let the races play out on their own. I mean, at Road America last week, the caution came out two laps before the end of stage one, leading to a long caution. This left a big break in between the first two stages. The policy shouldn’t change in the middle of the year, but starting next year NASCAR should consider doing away with the planned cautions. (This may not work on standalone road course events, though, as everyone comes and pits at the same time if they choose.)

Neff: Stages should be handled the same at all tracks. Award the points when you get to the lap but do not stop the racing action. Way back when, they paid money for the leader at the halfway point. When they crossed the line, the leader earned the bonus but kept on racing. Implementing that system would put strategy back into road racing.

Haas: While there may be some pros to stage racing, road courses bring out the cons. When teams know when the caution comes out, they can plan when to pit because teams can pit without losing a lap. With how the points system is built, it would be odd to have some races award stage points while other races do not. The best solution is to have stage points awarded under green-flag conditions. Planned cautions cause pit strategy to be stagnate and races to run longer. Race drama, which stage racing tries to increase, can happen during long green-flag runs. During the 1998 Brickyard 400, Dale Jarrett took the risk of running out of fuel to lead the halfway lap and earn $10,000. He ran out of fuel and lost four laps in the race. Had he not done so, he could have easily won the race.

Roller: Stages at road courses need to be one of the following: Either have a single-stage caution that is 125% the distance of fuel run or keep two stages and don’t throw a caution when the stage ends. I prefer the latter, because it keeps more consistency in all races. The flagman simply holds the green-and-white-checkered flag out and stationary, signaling to the drivers that the stage has been completed, with stage points still awarded to the top 10 following stages one and two. This is a topic that has been harped on for many seasons now, and with NASCAR looking to have five to seven road courses on the Cup schedule per season, the issue of stages on road courses must be addressed. It is the lone thing keeping NASCAR road-course racing from being 100% fantastic.

Will either Grant Enfinger or Derek Kraus’ new crew chiefs propel them to success?

Stumpf: Grant Enfinger will win a race this season with Jeff Hensley at the helm. The duo won four races in 2020, and if the pair can find the speed that the No. 23 truck has been lacking this season, the chance of winning will only increase. Derek Kraus has consistently run in the top 10 in three of the last four races. Unless he can find winning speed before the playoffs, his results will be about the same as before the switch.

Tomlinson: Maybe. It’s awfully late in the year to do a crew chief swap like so many Truck teams have done before Mid-Ohio Sports Car Course. Even more so for Enfinger, who is above the cutline heading into this weekend. He has three top fives and seven top 10s, including a runner-up at Charlotte, so it’s not like he was doing poorly. But Enfinger has more Truck experience than Kraus, so he’ll be more successful than Kraus for the rest of this year.

Roller: If Enfinger and Hensley’s reunion clicks right away, maybe they can win one of the next two races at Mid-Ohio or Pocono Raceway to secure a spot in the playoffs. The reality is both have come very late in the regular season and two races isn’t much of a window to turn a season around. But Enfinger and Hensley experienced a lot of success together in 2020. What Enfinger is mostly missing is speed, and that has led to some desperation moves on the racetrack in recent weeks that haven’t panned out. Kraus has shown more speed than GMS Racing has but just needs to put the final 10% of a race together, much like Reddick in the Cup Series.

Stoddard: It really comes down to what a team values more in a crew chief: extensive experience or youthful innovation. Hensley brings 18 Truck wins since 2004 to Enfinger and the No. 23 team. Charles Denike has only been in a crew chief at the Truck level since 2020 but already has two wins and 19 top-10 finishes in that span. Kraus might be able to develop a better relationship with a younger crew chief, and Kraus has more room for improvement than Enfinger. Kraus will experience more success with his crew chief change than Enfinger will.

I think you might be asking the wrong question about Ryan Blaney, as well as anyone who might point their way into the playoffs.

My question would be, do you think anyone who points their way into the playoffs, has much of a chance of advancing out of the first round?

My answer is that to advance, they’d probably need a win during the round.
If a driver has failed to win through the first 26 weeks, they’re way behind the 8 ball at that point, & the odds are long.