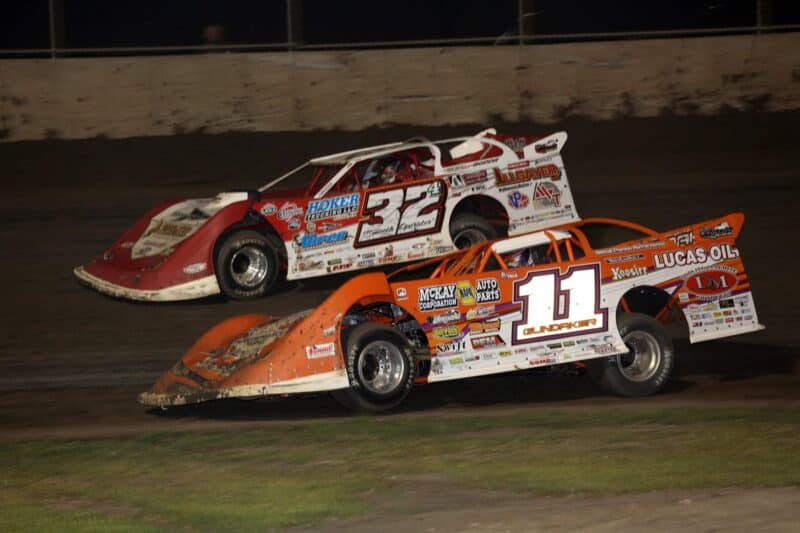 NASCAR is making headlines with a rare inaugural event, as the Cup Series debuts at World Wide Technology Raceway at Gateway outside of St. Louis.

The race could be good, as Gateway has put on a decent show in the past. For those looking to avoid what could well be a surefire parking disaster, or simply make a wrong turn on the mixing bowl on the Illinois side of the river, there’s no shortage of novel dirt racing events to fill the weekend.

World of Outlaws Late Models Bring the Dirt Next Door

A literal stone’s throw from WWTR, Tri-City Speedway in Granite City, Ill., is hosting a three-day racing program leading up to NASCAR taking the stage, culminating Friday night (June 3) with a $10,000-to-win late model program sanctioned by the World of Outlaws.

I will be @TriCity11 on Friday to cover the @WoOLateModels $10,000 to win #CupTimeSTL Short Track Classic. pic.twitter.com/G5TH0RQnjq

Tri-City is a classic Midwest bullring that is likely to be right in the wheelhouse of current series points leader Dennis Erb Jr. The race will also be a sneak preview and test session for midwestern teams seeking to get track time in advance of the DIRTcar Summer Nationals feature at the track later this month.

Lastly, for more NASCAR flavor, Kenny Wallace is widely expected to be wheeling his UMP modified in support class action at Tri-City on Friday night. The track is a short distance from Pevely, Mo. as well, a dirt bullring owned by the venerable Ken Schrader, who is also a regular racing modifieds.

Streaming coverage can be found on DirtVision.

The big-money late model show this weekend is at the rejuvenated West Virginia Motor Speedway, a large 0.625-mile oval boasting a $50,000-to-win prize to take the Historic 100 on Saturday, the track’s richest event since it was brought back to life in 2021.

Will someone sweep the weekend or will 2 different drivers take home victories? pic.twitter.com/NpxotmzH8P

The real question is whether the car count will be commiserate with the payday. WVMS has struggled for car count in all classes, from super late models to sprint cars, since its return to racing. Whether that’s due to running unsanctioned races or given the extreme engine stress that the long oval puts on racecars remains to be seen.

This could well be a do-or-die weekend for a track that short of said car count has done everything right coming back to life.

Streaming coverage can be found on MAVTV Plus.

Indiana Midget Week doesn’t kick off till next week, but there’s still a five-figure payday for small cars coming to Indiana this weekend courtesy of the Big Dance at US-24 Speedway in Logansport. The three-day program culminates Saturday with $10,000 to win for non-winged micro sprints.

It's RACEDAY at @24speedway!

Prelim Night #1 of the #BIGDANCE

More than 50 drivers are already confirmed entered for the weekend. For those unfamiliar, the cars running this weekend are similar to those that run the Tulsa Shootout prior to the Chili Bowl Nationals in January, as well as the headline class at Millbridge Speedway most weekends.

Streaming coverage can be found on Dirt2Media.

At the time of this writing, the Enjoy Illinois 300 at WWT Raceway is sold out.

As a result, there will be no price comparison this weekend, but for those seeking a dirt-racing fix general admission ticket prices can be found below.