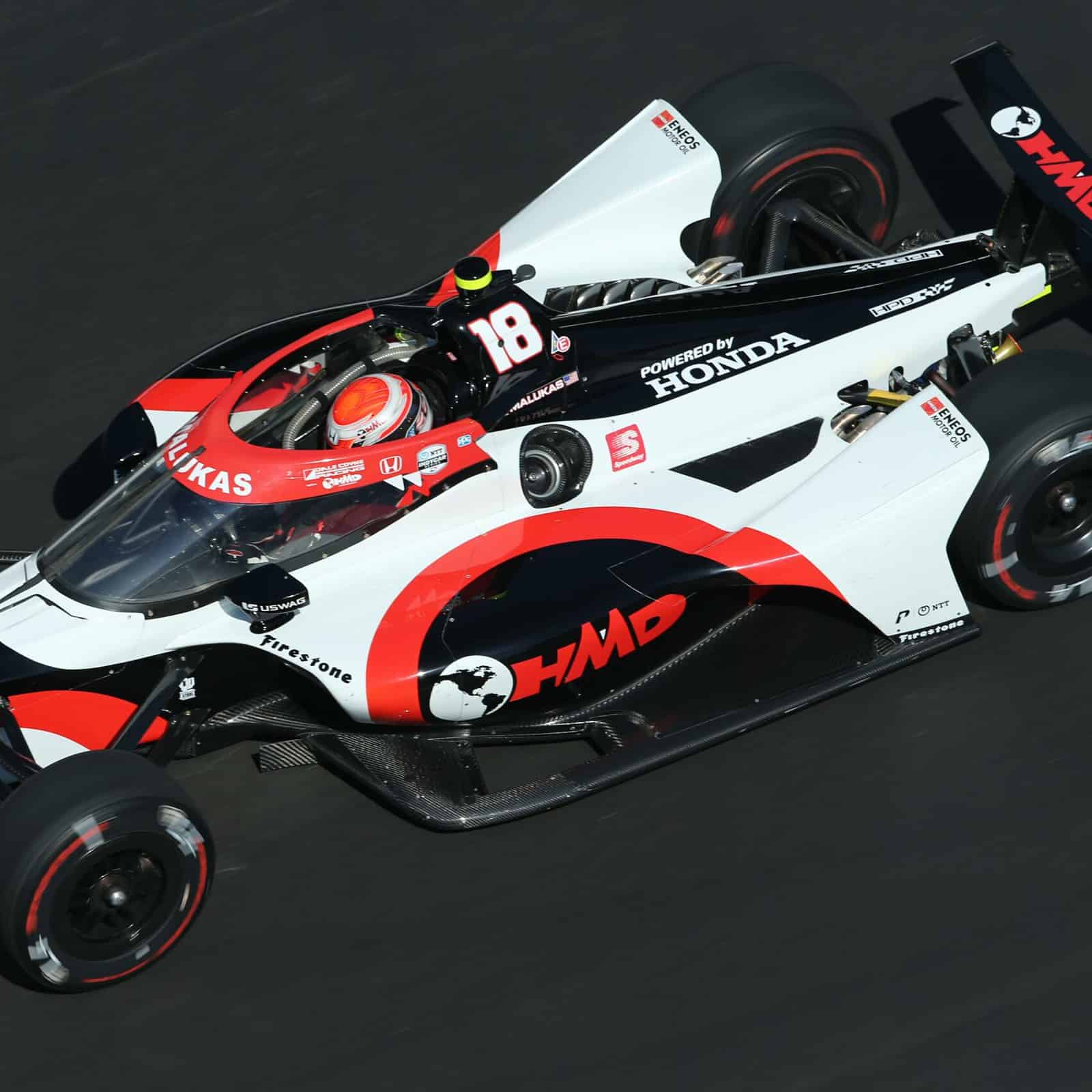 As the only NTT IndyCar Series driver with Lithuanian heritage, David Malukas represents nearly 2.8 million Lithuanians as he races across the United States. In the most recent IndyCar race at the Indianapolis Motor Speedway road course, several Lithuanians were enjoying themselves and the racing action in the Malukas’s suite as the No. 18 Dale Coyne Racing with HMD Motorsports Honda finished 12th.

Owing mainly to its European location, the Lithuanian motorsports community is mainly focused around Formula 1. Malukas’s journey from German Formula 4 to IndyCar via the Road to Indy has sparked interest in IndyCar with fans able to follow his career and watch each race with the Viaplay streaming service.

Malukas’s parents settled in Chicago after leaving Telšiai, one of the oldest cities in Lithuania. The 20-year-old has paid tribute to his roots with a few visits to Lithuania, most recently when he was 15. While the Lithuanian motorsports scene is growing, there is one event Malukas wants to do in his family’s native land: The Palanga 1000km endurance race.

Now known as the 1006 km of Palanga owing to cable/satellite channel TV6 becoming the race promoter, the event is one of the quirkiest endurance races in modern motorsport.

Taking place on the intersection of the A11 and A13 highways near downtown Palanga, the track is 1.675 miles and utilizes the highway exit ramps and a pair of tire chicanes on the A13 highway. For tire stops and fixing mechanical trouble, the cars pit on the southbound pit lane just past the highway intersection, using the right side of the highway A13 exit loop as the pit entry.

The cars travel south on the A13 highway before sharply turning around at a narrow highway median. To refuel the cars, teams use the Orlen gas station on the opposite side of the highway as the cars travel north toward the highway intersection.

This gives viewers around the globe an opportunity to see a GT3 car getting fueled up from the same pumps that would replenish a passenger car’s gas tank on a long trip to visit relatives one would see maybe twice per year.

Malukas is on board for competing in the race if the racing schedules don’t conflict.

“I think it’d be cool [to do] at some point,” Malukas told Frontstretch. “I’ve watched a little bit of the race [and] I think it’s very cool. I think it’d be interesting for me to go over there and experience it. I think it would boost both me and interest in IndyCar. People would be like, ‘Oh, we know where you came from,’ I’d be able to tell my back story and then get people interested in IndyCar.”

The fastest class for the race is GT, made up primarily of GT3 cars but a couple of other homologation specifications are allowed. That class is where Malukas would want to race in, and ideally his co-drivers would be from IndyCar.

“I’d have to ask who would want come with me,” Malukas said. “I don’t know, I’d really like to kind of get my group, like Rinus VeeKay and Kyle Kirkwood to come with me. I think that would be very cool and interesting. I think I would like to make it a big deal. That actually would be quite fun.”

Malukas was seventh fastest in the afternoon session on opening day of practice for the 106th Indianapolis 500 with a fastest lap of 226.448 mph.