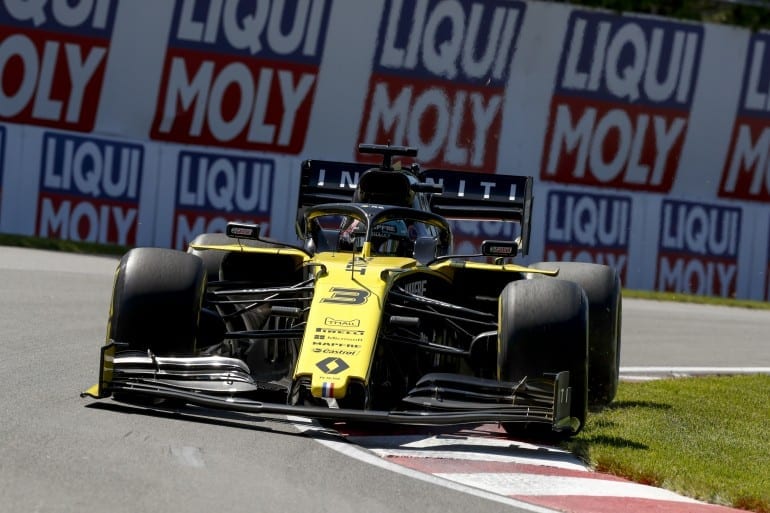 Editor’s Note: This article on Formula 1’s return to Canada is posted in collaboration with an outside sponsorship client. The opinions and information contained within do not necessarily represent Frontstretch and its staff.

Following a tumultuous past two years due to the COVID-19 global pandemic, the Formula 1 schedule has finally returned to normalcy in 2022, and one of the most exciting courses is back on the calendar – the Canadian Grand Prix at Circuit Gilles Villeneuve.

The F1 season thus far continues to deliver surprising results, including the rebirth of Ferrari following previous seasons of disappointing and irregular results. Some would suggest Hamilton’s brief intentions of retirement after last season are weirdly conflicting with his efforts this year.

These results are generating hype as the Canadian Grand Prix approaches because Lewis Hamilton has an excellent record at Circuit Gilles Villeneuve. His current winning resume on this course (seven career victories) is equal to Michael Schumacher’s. The potential to break the record is possible, but as he is no longer the favorite to win this season’s F1 title, anticipation is building for the return of the Canadian Grand Prix.

The rumor mill speculated that Ferrari would make significant improvements to their car in 2022, and it’s been proven since the first race at the Bahrain Grand Prix. The Ferrari tag team of Charles Leclerc and Carlos Sainz Jr. finished first and second, respectively, creating incredible scenes for the organization. Meanwhile, as Hamilton finished in fifth place, the expectations of the Mercedes team began to lower.

A similar situation nearly occurred during the second GP of the season; as Sergio Perez took pole position at the Saudi Arabian Grand Prix, he was soon overtaken by Leclerc and the Ferrari man led for most of the race. However, the final laps produced a war between Leclerc and current F1 champion Max Verstappen as the Red Bull No. 1 performed excellently to steal the event.

With that said, it was another successful weekend for Ferrari, with Leclerc in second and his Ferrari counterpart Sainz Jr. eight seconds behind in third. Again, it was another disappointing result for Hamilton and his odds of claiming the 2022 F1 championship took a dramatic fall.

Hamilton would, however, see his betting odds move into a more significant position following the Australian GP. The Englishman finished fourth for 12 points, three seconds behind his Mercedes teammate. And, to no one’s surprise, Leclerc took first place in Australia as the Ferrari team continued making a statement on their 2022 season.

The decline of Hamilton is actually a positive outcome for the sport; watching the Brit dominate the F1 season year in and year out became stale over time. After he narrowly lost last season’s title to Verstappen, watching the Ferrari duo alongside the Dutchman take center stage is even more invigorating. And there’s no denying Canadian F1 fans will happily welcome a battle between the leading drivers on their home course.

With the recent wave of legalization in the online betting sector in Canada, we should expect race fans to have their wagers at the ready when Formula 1 returns to Circuit Gilles Villeneuve. Ontario sports betting figures will be rife during the Canadian GP weekend on July 19. Although the odds aren’t available when writing this piece, the landscape of the 2022 F1 season is becoming more apparent as each event is playing out.

The current betting odds for Hamilton to win the season championship can be found at +1000 and, despite his recent downtrend, you won’t see odds this valuable on a more talented driver. Yes, of course, he hasn’t performed as many expected, but with countless events remaining, it wouldn’t be an unthinkable outcome to witness a comeback.

When looking ahead to the Canadian GP, making bold predictions wouldn’t be wise, and the results of the upcoming Grand Prix will undoubtedly affect our final opinion. However, we must remember that Hamilton dominated this track the last time the GP visited Canada three years ago. His record seven wins placed him level with the legend that is Michael Schumacher.

There’s no denying the Brit will aim to break this record, and underestimating his chances would be foolish, but he’ll need to build his confidence. Mercedes will be required to fix their issues if we’re to witness Hamilton nail a record-breaking eight victories at Circuit Gilles Villeneuve.

As of now, the safe bet would be on Leclerc – who is currently the betting favorite to win the 2022 title – but the Ferrari man isn’t going to win every Grand Prix on the calendar. That means the value play could very well be Lewis Hamilton.