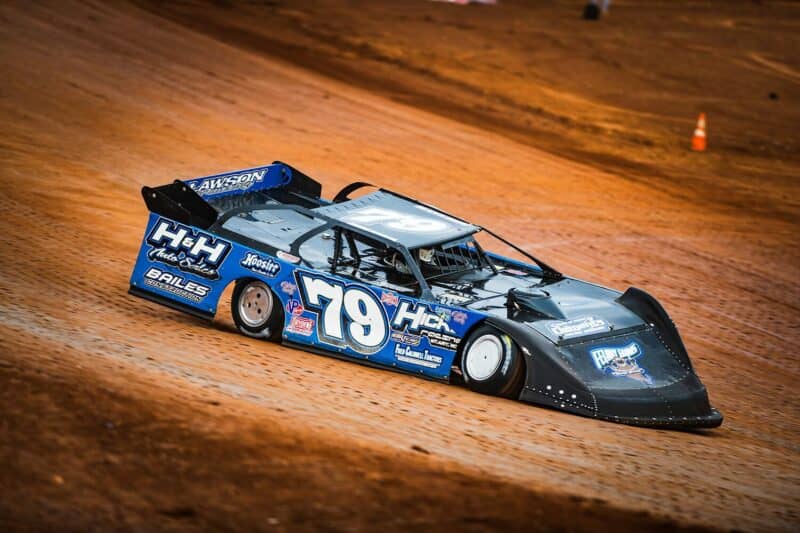 NASCAR’s circus stays in the Commonwealth for another week, tackling the tight confines of Martinsville Speedway under the lights Saturday night (April 9). And for as great a venue as Martinsville is, if the Busch Clash was any indication, it remains to be seen whether NASCAR’s newest car will prove a show worth watching on its oldest track.

For those looking for something a bit more tried and true for a lot less green, there’s no shortage of dirt racing a drive away, even if it means heading to the Old North State to find it.

2 Free Wheels Better Than None at Friendship Motor Speedway

With Mike Fulp, the same owner/promoter responsible for the “Bubba Rope” stunt that embarrassed pretty much all of short track racing in 2020 having flown the 311 Speedway straight into the ground, the closest dirt track to be found to Martinsville running this weekend is the Friendship Motor Speedway in Elkin, N.C., roughly 90 minutes south of the Paperclip.

Highlighting the seven-class program scheduled to run Saturday night are the track’s 604 crate late models, which will be running a $1,200-to-win feature. But arguably the biggest prize of the night is being reserved for kids in attendance, all of whom will be entered into a trackside bike giveaway that evening courtesy of 604 racer Steven Pedulla.

See also
Johnny Sauter Finishes 2nd at Martinsville: 'This is the way it's supposed to be'

Even the Spectators Race at East Lincoln

It’s one thing for kids to win a bike at the racetrack. It’s another for them to get to race a bike on the racetrack. That’s what’s on the docket at East Lincoln Speedway on Saturday night, along with seven classes that are highlighted by limited late models and include a Powder Puff race.

Two hours and 15 minutes south of Martinsville down I-85, I’m not aware of anything crazy happening of late at ELMS. But it’s a rare dirt track whose front page of its website includes a detailed list of fines and prohibited conduct.

Deep South North Carolina is Where the Money Is

The biggest dirt race on the docket within the near vicinity of Martinsville comes on Friday night at the Carolina Speedway, two and a half hours to the south, slightly to the west of Charlotte. The Ultimate Super Late Model tour highlights the six-class program, running a $4,000-to-win feature Friday night.

While a lot of the national-level super late model firepower is going to be north this weekend, tackling the Lucas Oil Dirt Late Model Series events at Hagerstown and Port Royal, Carolina Speedway is expected to draw a number of regional big guns. Defending race winner Ross Bailes is not expected this weekend after scoring a top 10 in the Bristol Dirt Nationals finale, but a number of drivers have already committed, including Zack Mitchell.

The #FastFive7 team will be back on the road after a weekend off!

Heading to Carolina Speedway Friday and @LakeViewDirt Saturday for a pair of @ULTIMATESupers events. pic.twitter.com/CD6sryrrnN

At the time of this writing, the cheapest seat available for Saturday’s Blue-Emu Maximum Pain Relief 400 at Martinsville is $52 for a ticket in turn 2, including fees.

By comparison, grandstand prices for the above listed venues are as follows:

A pit pass at any of the above listed venues is available for purchase by the public and all will run less than the $52 needed at Martinsville on Saturday.

Also of note, for those seeking to find a dirt race staying within the Commonwealth, the Winchester Speedway will be racing a four-class program, headlined by the track’s limited late model class on Saturday night. Head north on US-81 for a tick over three-and-a-half hours on Saturday.