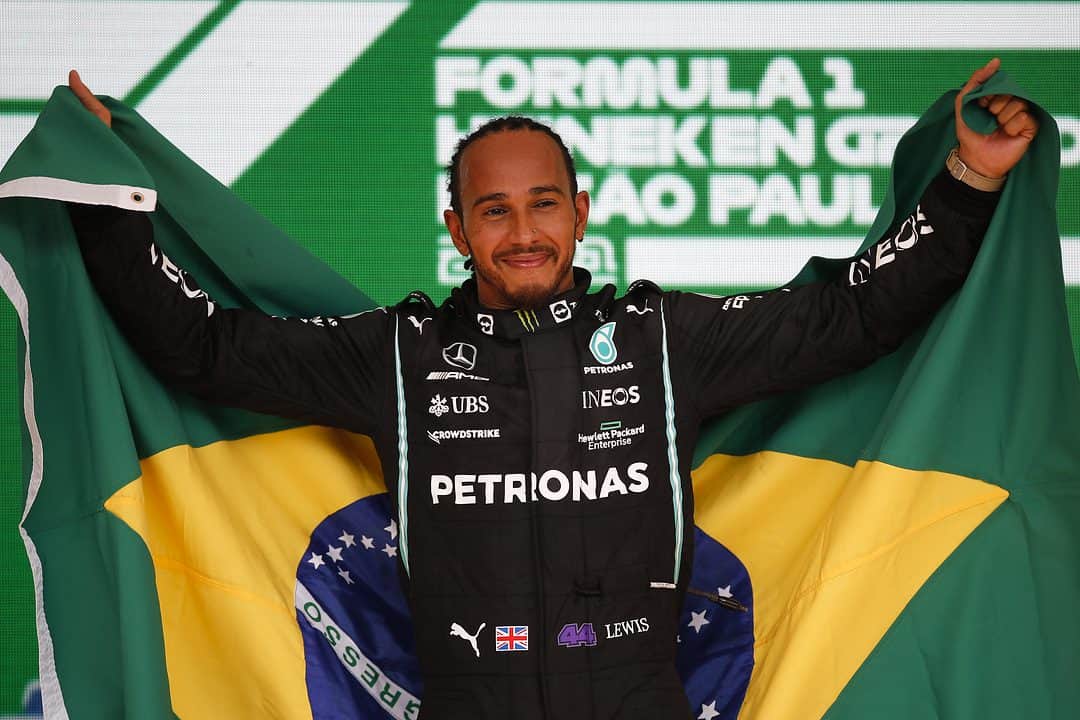 Editor’s Note: This article on the Formula One championship battle is posted in collaboration with an outside sponsorship client. The opinions and information contained within do not necessarily represent Frontstretch and its staff.

Although this year’s Formula One pendulum has not necessarily swung with much regularity in the past few weeks, there is a sense that the recent Brazilian Grand Prix could be the most pivotal moment of 2021.

That was the weekend when Lewis Hamilton reminded everyone just why he has won the Drivers’ World Championship on seven separate occasions, and he will be trying absolutely everything to soon increase that tally to eight.

A tally that, if it is to be extended to eight, may just be considered the greatest of all Hamilton’s championship victories. With the world of Formula One being rather one-sided since 2014, fans of the sport deserve a titanic battle to end the year.

It was a year many thought would be Max Verstappen’s after a pair of wins in North America. After capturing victory at both the United States and Mexican Grand Prix, it was very much advantage Red Bull.

It’s an edge that has now been eroded after events in Brazil. With just three rounds of the 2021 schedule remaining, the stage is set for a grandstand finish across a trio of Middle Eastern locations. It not only sets the stage for the two championship protagonists, but it also offers a rather tempting proposition for those who like to place a wager on the outcome of Grand Prix events all across the world.

It’s a proposition that leaves bettors with one simple decision to make: will it be Verstappen or Hamilton that ends up being the king of 2021? And once that decision has been made, a FanDuel promo code will be of great use to those who put their money where their mouth is.

It’s money that either goes in the direction of the man who has had Mercedes’ number on too many occasions for their own liking. But if the son of Jos Verstappen can earn victory in the upcoming Qatar Grand Prix, it will make his margin at the top almost unassailable.

Going into the race at the Losail circuit, it is the Dutchman who finds himself with a 14-point advantage over his nearest rivals – the equivalent of two wins, while Hamilton finishes second behind him (not including any fastest-lap points).

Which means if we also take the procurement of these out of the equation, a win for the Red Bull pilot would see his own personal advantage increase up to 21, if all his Mercedes nemesis can do is finish second.

Then again, if the script is reversed after proceedings in Qatar, it is the two rivals who lock out the two top spots on the podium. It would mean the gap at the top of points table is reduced to just seven.

If we then take a leap of faith and assume that the seven-time and defending champion Hamilton can then add the Saudi Arabian Grand Prix checkered flag to his ledger, without the award of fastest-lap points and a Verstappen second place, we would be all even.

Admittedly, there is a bit of mental gymnastics and crystal ball viewing at play here. But after Mercedes managed to mastermind a win in Brazil, there is a feeling that they are now in the ascent and if they win in the first two legs of this Middle Eastern trilogy, it is game on.

A game that boils down to just one single race in December. With the Abu Dhabi Grand Prix acting as the final outpost in 2021, we could find ourselves in a situation where the two men in question are dead level.

No more permutations or what ifs: all it would mean is a simple dash to the finish. Whoever finishes in front of the other would go on to win the 2021 edition of the F1 Driver’s World Championship and you would have to say, whoever it ends up being, will be a rather worthy winner.

A winner that will have been pushed all the way by the other. Although it has been rather fractious on the track at times, it just goes to show that you must bring everything and a little bit more in order to conquer the global circus of Formula One.