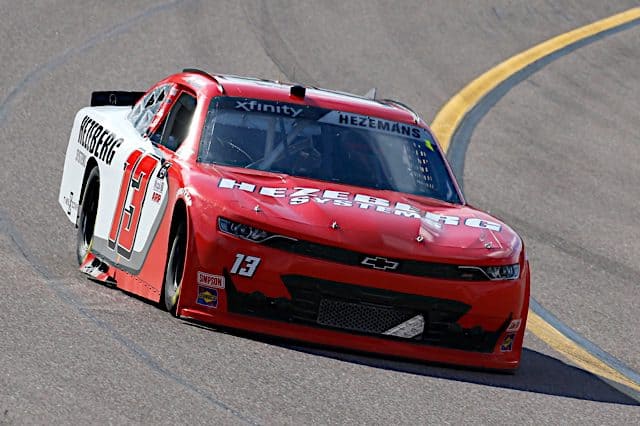 Loris Hezemans, the 2019 Whelen Euro NASCAR champion, will pilot the No. 27 Ford for Team Hezeberg in select NASCAR Cup race in 2022, the team announced Oct. 9.

Reaume Brothers Racing will build the cars for the team and manage operations in the United States, per Alex Andrejev.

Loris Hezemans will race on the road courses and maybe some short tracks, according to Bob Pockrass.

Hezemans has run three Xfinity Series events, including two this year for MBM Motorsports and DGM Racing. These were in partnership with RBR.

Hezemans will test the Next Gen car at Charlotte Motor Speedway on Monday, while 1997 Formula 1 champion Jacques Villeneuve hops in the car on Tuesday. Villeneuve ran in four Cup events, nine Xfinity races and seven Camping World Truck Series events. He finished third three times in the NXS; his last one came in 2012 at Circuit Gilles Villeneuve.

Hezemans hopes to do the full schedule in 2023, pending sponsorship.

Loris Hezemans said he will test Monday and Jacques Villeneuve will test Tuesday. Loris said they will see how Villeneuve likes it and wouldn’t rule out him racing the Cup car at some point next year. https://t.co/j9WGriXWpl