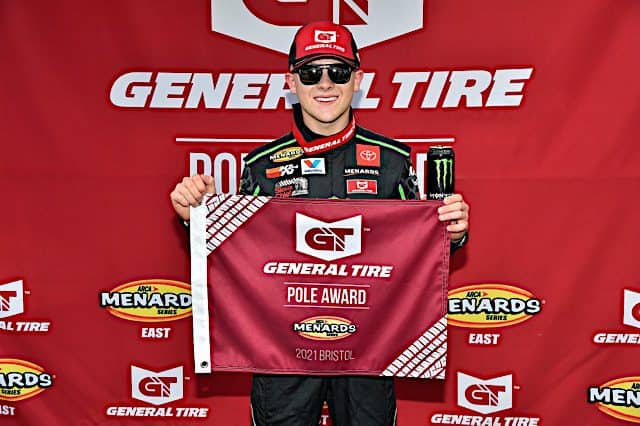 Gibbs has two second-place finishes in his two starts at Bristol.

It’s Smith’s first career start at Bristol. Smith enters as the East series points leader, and this race is the season finale.

Sam Mayer qualified 22nd, but he will start at the rear of the field due to using a backup car after an incident in practice.

That’s a tough start to the day… bummer. We’ll work to get the backup out and ready to go for tonight! #ZeroToHero pic.twitter.com/O6FauGMzfI