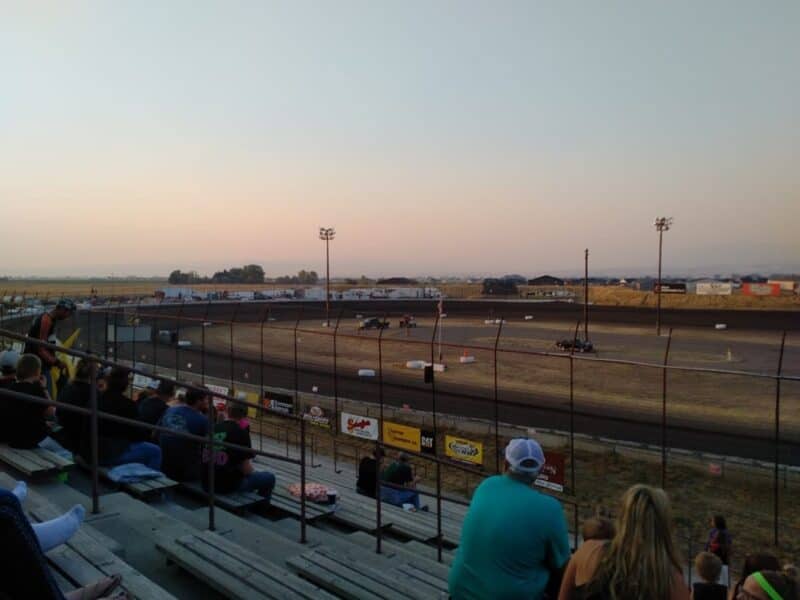 It’s peak 2021 that fuel shortages would cancel stock car races, but that’s exactly what’s happened this weekend. The Lucas Oil Late Model Dirt Series, the premier ranks of super late model racing in America, have canceled their weekend swing to the 411 Motor Speedway in Tennessee and the Talladega Short Track owing to uncertainty over availability of fuel along the travel corridors that teams would be following.

Colonial Pipeline Disruptions have forced the #LucasDirt events scheduled for Friday, May 14 @Speedway411 and Saturday, May 15 at @tsthornetsnest to be canceled. The events will not be made up.

Once again, real life has caught up with the escape of auto racing. I can relate… my dad and I are scheduled to make a 460-mile round trip Saturday to see my sister graduate from medical school. To ensure we can get there and back home, we’ve essentially turned the back of my dad’s truck into a tanker transport. Oh, why we didn’t buy a truck with a second tank?

As of this writing, there hasn’t been a flood of cancelations of dirt races across the southeastern U.S. affected by the current fuel shortage. That’s not necessarily surprising, given that the majority of these tracks will be running either local racing programs or touring series with a smaller geographic reach than the LOLMDS. But it underscores just how important the local racing program remains to the dirt track scene and industry at large.

Irresponsible or not, dirt track racing gambled on going back to business as usual long before the COVID pandemic was even close to under control. That gamble has paid off financially, with tracks across the country reporting record crowds and car counts, seizing on a market of citizens desperate to get out of the house and with stick-and-ball sports limiting, if not outright restricting attendance.

The 2021 season has continued that momentum, never looking back from a Florida Speedweeks that saw nearly 80 super late models show up to contest a 24-car field at East Bay Raceway Park. With no spring shutdown looming for dirt racing, 2021 could end up being the biggest year in the history of the sport, without exaggeration.

What does this mean for local racing programs? Namely, that they need to subsist, and they need to be good. While touring series such as the LOLMDS and the World of Outlaws have been leading the charge in terms of crowds and car counts, there’s over 500 active dirt tracks in this country. They can’t all host the Outlaws every weekend.

And while there are plenty of race fans out there that will travel from track to track to chase after super late models, 410 sprint cars or some other form of banner racing division, there are plenty more that, be it for financial reasons or purely convenience, will stick to their home track no matter what classes are running. And at day’s end, from coast to coast, fans venturing to dirt tracks are much more likely to find a local program of pure stocks and buzz bombers than a Pennsylvania-type sprint car show.

Case in point, the 411 Motor Speedway, which is enduring a hell of a rough start to 2021. A track that opted this season to drop weekly racing in lieu of a special events only schedule, 411 is now facing the cancelation of their LOLMDS race after already having that race moved this season to avoid conflicting with the World of Outlaws late model program only a few hours away on the Bristol high banks. Now, with such a marquee event possibly gone for good, the track is working to reschedule some other form of racing program for the weekend.

That’s not a bad thing. It doesn’t take 900 horsepower super lates to put on a good race (though it doesn’t hurt). But it underscores a tension that this outlet and many others have discussed ad nauseam in 2021… how much racing is too much?

411’s Hangover program became a literal marathon back in January. Enormous car counts and a harsh winterized track surface led to a program that lasted more than 10 hours in cold weather and culminated with a super late model feature that saw only five cars running at the finish. Unfortunately, such a program is all too common in the South, where many tracks opt to run 6-8 classes a night with smaller car counts and obscure rule packages.

Now granted, there are reasons for this. With as many dirt tracks as have closed in the South over the last decade, many tracks have kept such obscure classes going to give otherwise displaced drivers a place to compete.

But however good the intentions, and however financially necessary such programs may be (it’s another common practice to run lots of support classes to generate enough entry fees to pay larger purses), the reality is bloated programs are not the finest display dirt tracking has to offer. Track surfaces can only take so many cars in a night. Kids can only stay awake so long. Fans can only spend so much time in a grandstand.

And given that local racing programs are again what new and casual fans alike are most likely to come across if they attend a dirt race, the question has to be asked… is this really the product dirt racing wants to be selling?

The experts at DirtonDirt this weekend universally lauded the WoO late model series “Dairyland Showdown” event at Mississippi Thunder Speedway not just for the racing surface, but for a racing program that kept moving, thanks to limiting the program to only one support class.

I’m in complete agreement with them.

On one of my forays out west, one of the most memorable races that I caught came on a Friday night at the Gallatin Speedway in Montana. Now granted, I was in a super good mood that day because a rental car shortage meant that I got a Mercedes for the price of a compact, but I was also blown away by more than the walking tacos at Gallatin. The racing program was only three classes. The fields were all full, the grandstands were full, and the entire program was run in two hours and 45 minutes.

Efficient. Action-packed. And it meant that come 9:45 p.m., fans got to choose between going home at a reasonable hour or being able to go to the pits to see the cars and drivers without staying out until the dead of night.

I’ll give the dirt community out west credit for keeping their car classes under control. Granted, IMCA has a monopoly at many of those tracks, but having uniform rules for “stock cars” as opposed to “bombers,” “pure stocks,” “pro stocks” and “street stocks” all running the same night keeps the program easy to understand and moving along.

On a weekend where local racing is going to be front and center, both at tracks that are seeing touring races canceled and for fans that in many cases will be picking a track to attend based on the fuel it’ll take to get there rather than what cars are racing, these are lessons to be learned.