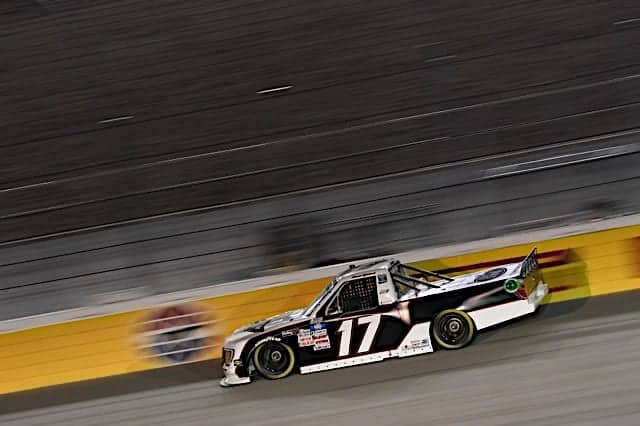 Gray was transported to a local hospital and remains in stable condition.

Gray was originally slated to make his NASCAR Camping World Truck Series debut at Richmond Raceway on April 17. However, DGR announced that due to his injuries and subsequent recovery, he will not debut then. As a result, the team will withdraw the No. 17 Ford.

Taylor Gray has made 26 combined starts across all three ARCA divisions. Overall, he has one win in ARCA Menards Series West competition last year at Kern County Raceway Park. He has 15 top fives and 24 top 10s.

In the most recent ARCA Menards Series race, a combination event with the West series, Gray finished ninth at Phoenix Raceway, two laps down.