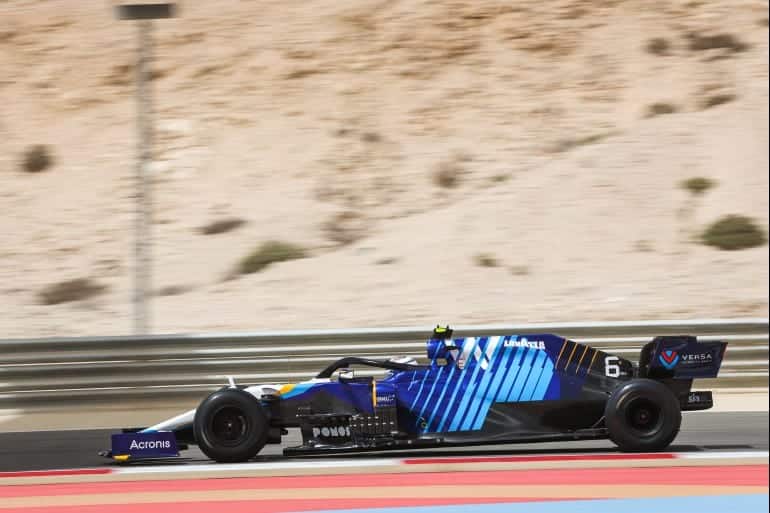 The Formula 1 season will go lights out this weekend, this year starting in the unusual location of Bahrain. With the exception of three years – 2006, 2010, and 2020 – Australia’s Albert Park has hosted the inaugural race since 1996. The switch to Bahrain Grand Prix for 2021 comes on the heels of last year’s cancellation and the ongoing pandemic.

Starting in Bahrain serves as an interesting sort of bookend to last season and this. Though 2020 ended in Abu Dhabi, Bahrain hosted two races before it, and potentially gave a shift in and a look at how this season may play out.

Sir Lewis Hamilton won the first of the two races, which seems like something anyone might expect in F1. However, on the second event one week later, Sergio Perez scored the win as a driver who had lost his ride and had yet to be hired. His victory may have been one of the reasons that Red Bull hired Perez after jettisoning Alex Albon into the alternate racing universe of Deutsche Tourenwagen Masters.

Red Bull mainstay Max Verstappen then went out and earned a satisfying season-ending win, sending a message to Mercedes and Hamilton that he might finally be able to match Hamilton in the next season.

Preseason testing appears to back Verstappen’s view. Red Bull has looked like they might once again be the class of the field, something that has not been the case since 2013. It might seem like ages ago, as Mercedes has ruled the sport in the hybrid era, but it was not that long ago that Red Bull was king.

With Perez taking over for the inconsistent Albon, the team may very well be looking at taking the constructor’s title this year. The points accumulation by both drivers will be vital. The question will be whether or not Verstappen can also earn his first driver’s championship.

One thing that Mercedes has been coy about during their dominance is how they perform in preseason. The team has rarely sat at the top of the speed charts and there frequently is some kind of issue that they are seeking to remedy. One year it was reliability, another year it was the front wing, this year it is apparently a twitchy rear end.

But if the past is any indication, Mercedes will continue to act like the car is junk, that the expectations are low, and then Hamilton will add to his win total. The team has sandbagged its speed before only to pull away from the field with ease, so pardon any skepticism that may exist regarding Mercedes being in trouble. Maybe if Mercedes look dreadful in qualifying and finish the race in the ninth and tenth positions there will be a reason to believe that they are struggling but otherwise, Mercedes is still the defending champ with a seven-time champion at the wheel.

So while things have changed elsewhere on the grid, little has changed with the Silver/Black arrows.

Here’s a quick recap of things:
– Sergio Perez got booted from Racing Point and will not be racing for Red Bull. If anyone has fallen up in the sport it is Perez, who also earned his first win last year. He’s in a prime spot to win a few more races this season provided he plays well with Verstappen.

– Last year, Ferrari and Sebastian Vettel went through one of the ugliest divorces in sport. Both sides attempted to play ‘nice’ but really neither seemed to give one damn about the other by midseason (whenever that was during the peculiar race season). The whole drama had a simmering tension to it but neither party ever actually blew up because both knew how it would look in the press.

Vettel, a serious car enthusiast, may have let his feelings be known best during the offseason when he put all of his Ferraris up for sale. That’s a bitter Ex move if there ever was one. To get over his bad marriage, Vettel will be racing for what was Racing Point but is now Aston Martin, yet they race Mercedes engines.

Regardless, Vettel found a new home and will race along Lance Stroll who is still holding down a seat at the team.

– To fill the vacancy at Ferrari, Carlos Sainz Jr. jumped from McLaren to the fabled company. The big question that will surround this move is whether or not Sainz made the right decision.

It is nearly impossible to fault any driver for taking the opportunity to drive for the Prancing Horse, but recent results show that piloting a car from Maranello has been a career-killer.

The last time the team won the constructor’s title was in 2008, and they have been steadily behind Red Bull and then Mercedes since. Fernando Alonso won a few races but struggled, just as Vettel could never find comfort and consistent wins with the team.

Charles Leclerc may be holding station at the team but how long is he going to be content to watch his career whither.

– Alpha Tauri (Red Bull sister team), also made a switch. The team ended Daniil Kvyat’s second stint with the team and brought on Yuki Tsunoda. The Japanese driver has proven to be quick in testing and looks like a more than able partner for Pierre Gasly. As an improved team that looks more competitive than they had been for the past ten years, Alpha Tauri may be the surprise of the season.

The McLaren chassis has long been considered mega, perhaps just behind that of Red Bull. Now, with a suitable power unit to back the car, they might be able to contend for podiums throughout the season. The two drivers look to be an interesting complement to one another and all signs point up.

– At the end of the 2020 season, Haas F1 blew things up and decided to move on from both Romain Grosjean and Kevin Magnussen. The move is a bold one but also one that felt necessary. Nikita Mazepin and Mick Schumacher will be filling the vacated seats. Talk about contrasts.

Schumacher is the son of seven-time champion Michael Schumacher and won the F2 championship in 2020. Mazepin, on the other hand, is the son of a Russian oligarch and is more renowned for his problematic treatment of women thanks to his own social media post. This team should be a drama unto itself this year with the two young drivers.

– Last to be mentioned is Renault’s acquisition of its own former driver, Fernando Alonso. After driving every other racing vehicle on the planet for the past couple of years, Alonso returns to the team of his glory days, sort of. Renault has been rebranded as Alpine racing and will feature Alonso and Esteban Ocon.

The mixture of what’s new and what’s familiar will be wild this weekend and should provide some familiar storylines along with some outright surprises. Starting in Bahrain feels both appropriate and awkward for how life has been during the pandemic but once the lights go out everything will feel fine.

Nice coverage on the 2021 F1 grid.
The mention of Lance Stroll “still holding down a seat” is an understatement. Lance should always be identified as the team owner son.
Nikita Mazepin’s girlfriend was a willing participant in that video, maybe even her idea. How can his treatment of women be problematic if he does what the women want him to do? Two sides to every condemnation.