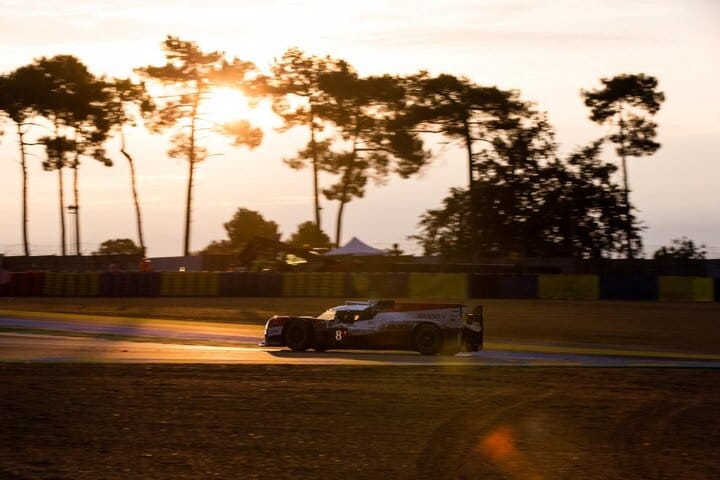 The Automobile Club d’Ouest (ACO) announced Thursday (March 4) that the 24 Hours of Le Mans, originally scheduled for June 12-13, has been postponed to the weekend of Aug. 21-22.  The move has been made in part because of the COVID-19 pandemic.

The FIA World Endurance Championship (WEC)’s press release indicates that they could have run the race as originally scheduled in June.  However, had they done that, there is a good chance that it would have to be run behind closed doors for the second year in a row.  That is a move that the ACO and the FIA would prefer not to make.

“Although it was a tough decision to make, it is the right one,” said Pierre Fillon, president of ACO, in a press release.  “Holding the 24 Hours of Le Mans behind closed doors for the second year running would be unthinkable.  We are therefore doing all we can to avoid that happening and to give competitors a clear view of the whole season.  We are working very hard to put on a safe event, with all the necessary health precautions in place.  This year’s race promises to be another thriller as the new Hypercar class makes its debut.”

The WEC announced last Friday (Feb. 26) that the season opening rounds at Portimao and Spa-Francorchamps will be held without fans due to the COVID-19 pandemic.  The season is still scheduled to begin with the Prologue, a two-day series-wide test session at Portimao’s Algarve International Circuit on March 30-31.  The 8 Hours of Portimao is scheduled for April 2.

Moving the race to August creates schedule conflicts.  Much of the field in the 24 Hours of Le Mans comes from the European Le Mans Series (ELMS).  The ELMS was originally scheduled to be at Circuit Paul Ricard on the other side of France that weekend.  Now, that’s not going to work since ELMS teams comprise roughly one-third of the field at Le Mans.

In order to alleviate that conflict, the 4 Hours of Le Castellet at Circuit Paul Ricard has been moved up to June 6.  It is now the third race of the ELMS schedule after the Red Bull Ring.  Originally, the race was the fourth event of the season after the post-Le Mans break and Monza.