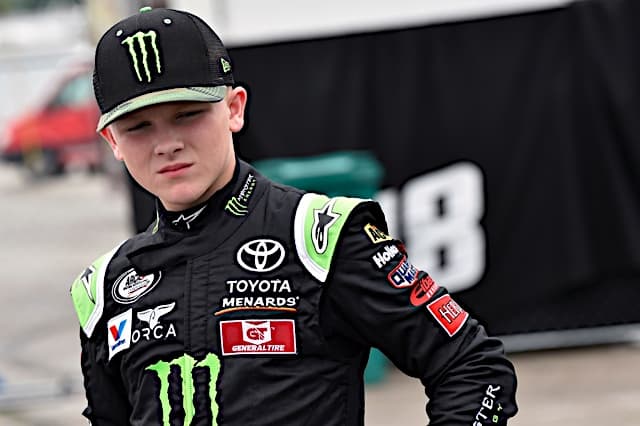 Among the many, many questions that can likely never be answered to the satisfaction of NASCAR fans everywhere is how many road course races on the Cup Series schedule is the right number. The general consensus, as much as there is one, is that the two that were on the slate just a few years ago were not enough.

This year, of course, there are seven, or more than one-sixth of the overall race total. It’s quite possible that we’ve entered the realm of diminishing returns, and that people will soon start to talk about road courses the way they do intermediate tracks. Equilibrium will be reached, even if it takes a few seasons.

When it does, the Daytona International Speedway road course race is one that’s likely to go away. The Daytona oval already has two dates, and it’s hard to imagine all the sport’s various stakeholders being satisfied with spending three weeks each year at one track. But Sunday’s race, which ended with a first-time winner in Christopher Bell, was a powerful  endorsement for keeping this particular event around.

Simply put, the O’Reilly Auto Parts 253 had a little bit of everything. The drama began on the very first turn, with Michael McDowell ending up way too wide and putting a quick end to any thoughts of a Daytona sweep. It had long stretched of domination by the current Cup Series road course race, Chase Elliott, who appeared destined to win until, by his own admission, he cost himself a chance at victory.

Perseverance? There was plenty of that as well, with McDowell, Kurt Busch and AJ Allmendinger all recovering from incidents that could have ruined their days to end up with top-10 results. It rained (because Florida in February) but didn’t bring the race to a halt. A number of cars were torn up, but without the life-threatening high speed collisions the oval sometimes creates. And while there wasn’t a classic duel to the finish by any means, it was compelling watching Bell run down Joey Logano, then hold on to win while knowing that he could easily fall victim to an unforced error at any time.

The TL;DR version of this would be to say the race was entertaining, and when it’s all said and done, that should be the primary consideration for any Cup Series event (we all know why it often isn’t). Many fans agree, as no less an authority than Jeff Gluck’s “Was that a good race?” tweet has the sentiment at 80% positive. There’s also something to be said for allowing the teams to stay in one place for a week before turning them loose to criss-cross the country nonstop for nine months.

I’m not sure where the race date would come from, but if there’s a way to make it happen, the Daytona road course should remain on the schedule.

TWO: Is This the Year the Playoffs are Shaken Up?

Until the COVID-19 pandemic made me grateful for any and all sports, regardless of the circumstances, one of the things I found most annoying was any sport that beat you over the head with postseason talk as soon as it got going. Case in point: college hoops, where the “Road to the Final Four” theming seemed to start in November. The playoffs/tournament/whatever are always the ultimate goal, but the journey has value in and of itself — or at least it should.

NASCAR still hands out trophies to any race winner, so the playoffs will (thankfully) never be all-consuming. Yet the fact that a single win locks a driver into the postseason for all intents and purposes means the “playoff implications” thought pieces start flowing as soon as the checkered flag waves for the Daytona 500.

As each season progresses, the inevitable narrative is whether or not this will be the year where one of the usual suspects doesn’t make it (and apologies to late career Jimmie Johnson, but you don’t count for these purposes). At the high risk of hypocrisy, let’s put it out there: Maybe 2021 will be crazy enough that it actually happens.

We’re off to a flying start on that front, with two drivers who have never made the playoffs already securing spots. One takes the place of retired Clint Bowyer, but at least one of last year’s crop is already guaranteed not to return in 2021.

A few other drivers have the potential to join McDowell and Bell in making their maiden voyages to victory lane — Bubba Wallace and Ross Chastain come to mind. Kyle Larson is back in the Cup Series, and a definite threat to grab a win or two. Ryan Newman? Erik Jones? Can’t rule them out.

The nice thing about “Could it happen this year?” musings is they’re effectively evergreen. Dust them off, change the names and voila, you look like you’re a stock car prophet.

So take it to the bank: This might be the year the playoffs are turned on their head a little. Definitely maybe.

Road courses are long and take a long time to circumnavigate compared to ovals. Cognizant of these facts, some racing series throw a local caution for some incidents — meaning cars only need to slow and stop passing each other on parts of the track near the accident, and are allowed to race in other portions of the track.

NASCAR could throw local cautions if it wanted to, but for the time being, it does not.

“Under no circumstance are we going to have a local yellow with our equipment and our personnel out on the track,” Miller said. “Local yellows (are) something that we can talk about, but honestly, concept(-wise) it is good but in practice I don’t really think that it keeps us from throwing the full-course caution hardly ever.”

Time to table this debate for now, but it’s definitely not gone for good.

FOUR: Maybe Ty Gibbs is the Next, Next Big Thing

Stealing a page from Scott Van Pelt’s book, the best thing I saw this weekend in any of the Daytona races was the performance turned in by Ty Gibbs. The 18-year-old grandson of Joe Gibbs had never driven a vehicle in any of NASCAR’s top three series, showed up for his first Xfinity Series start … and won, holding off current series ace Austin Cindric in the process. It’s an accomplishment that literally has no equal, as no driver in the modern NASCAR era has won his or her first national series start.

As a bonus, Gibbs turned in the most heartfelt, emotional victory interview seen in some time.

"This is a dream come true to me."

It would take a true cynic to listen to that and still come back with a “Yeah but he only got his opportunity because of his family!” Nepotism doesn’t drive like that and it sure doesn’t sound like that after the race.

The reigning NASCAR champ is only in his mid-20s, and if I was a betting man (and I am), I’d wager that Bell is on his way to becoming the vanguard of the next crop of talent. But it would be wise to slot Gibbs in there as a possibility for stardom right after that. He’s absolutely on the right track.

It’s not uncommon, especially in the current NASCAR landscape, to see teams running in the Truck Series with no sponsors on the hood. It’s a little more jarring to look up and realize one of those blank trucks is being driven by the defending champ, Sheldon Creed.

Sponsor dollars are going to continue to be scarce until fans can return to tracks en masse, and the sport was having problems in that area even before the pandemic arrived. The money that is out there is going to trickle down to the Truck Series last in many cases, but it’s still a bummer that Creed is running some races with no logo.

A quick thought, though, for all those potential team backers out there: Creed is pretty darn good at the Daytona road course. He won the 2020 race and came in second on Friday night. If you’re considering a one-off sponsorship, you could do a lot worse than teaming up with the No. 2 for this particular event.

While Baby Gibbs definitely has talent It might be difficult for his handlers to eliminate the deep seated arrogance he has displayed racing against the little guys in ARCA. The fawning press help to enable his shortcomings.

It certainly is a problem when proven winners and champions are driving around without sponsorship, while drivers who will never win a thing get it so easily or are born with it. Lucky they have owners who can support them, but probably not for long.