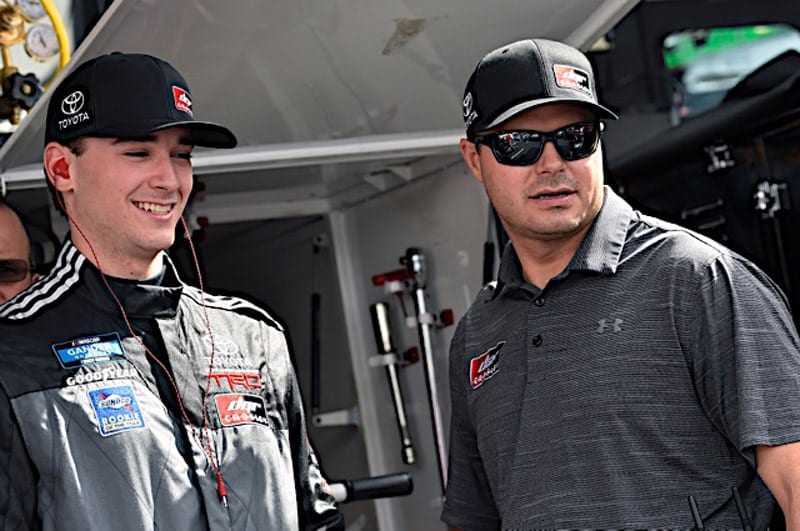 Anthony Alfredo will make his return to the ARCA Menards Series next weekend (Aug. 9) at the Michigan International Speedway with DGR-Crosley, the team announced July 30.

Alfredo will pilot the No. 17 Ford Fusion that has had the Gray brothers, Taylor and Tanner, behind the wheel.

Alrfredo made 13 starts with the organization in the NASCAR Gander RV & Outdoors Truck Series last season.

“Since I have a few weeks off from the NASCAR Xfinity Series, I am very excited to strap into an ARCA Menards Series car for DGR-Crosley at Michigan as I make just my third start in the series,” Alfredo said in a release. “It will be a pleasure to work with the men and women at DGR-Crosley again. I am very thankful for David Gilliland and everyone on the team for giving me the opportunity to compete in this race. I know they are working hard to bring me a great car so we can have a shot to win. I plan on making everyone proud by having a successful weekend and ultimately taking home the checkered flag.”

In two ARCA starts, Alfredo has a best finish of seventh at World Wide Technology Raceway at Gateway in 2018. This season, he’s been sharing the No. 21 Richard Childress Racing Chevrolet in the NASCAR Xfinity Series with Myatt Snider and Kaz Grala.

In 10 starts, he has one career top-five finish, coming at Homestead-Miami Speedway, where he finished fourth.

“We are pleased to have Anthony back with our team next weekend at Michigan for the ARCA race,” David Gilliland, co-owner of DGR, said. “We really enjoyed working with him last year and I think he’ll do a great job for us.”

The VizCom 200 will be shown live on MAVTV along with streaming live on NBC Sports Gold: Trackpass at 1 p.m. ET on Aug. 9.