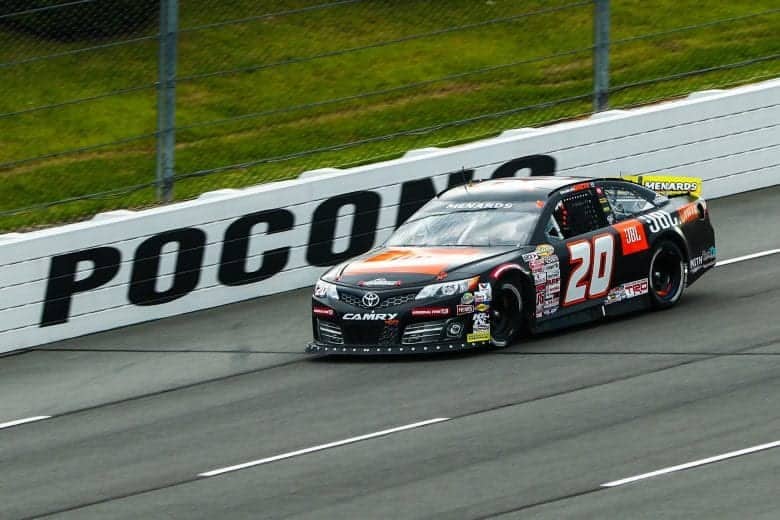 It has been a perfect season for Venturini Motorsports and Chandler Smith, that was until Friday afternoon (June 26). Ty Gibbs held off Smith late and ended the perfect streak by Venturini Motorsports. In the last ARCA Menards Series race featuring Smith, he earned the victory at Phoenix Raceway. Michael Self earned the victory at Daytona International Speedway, and Drew Dollar earned the victory at Talladega Superspeedway. The V had been flown in every race this season. Smith came the closest to continuing the perfect season for the team but didn’t have the short-run speed nor the time to topple the driver of the No. 18.

Smith made a bold move early on both Gibbs and Self to take the lead from Gibbs but noted during the post-race Zoom conference that “his car got tight, almost like he lost a tire or something.” Today was a day when if a driver wanted the lead, he needed to take it during a restart, and no one was able to do so, with the Venturini streak ending at five victories in a row.

He mentioned in the postrace Zoom meeting that if the race had been 10-15 laps longer, he would’ve more than likely finished the deal and earned the victory, but that wasn’t the case as time ran out and Smith had to settle for second. On the FS1 broadcast, you could tell that Smith was fast approaching Gibbs, and they stated that Mark McFarland, crew chief for the No. 18 car, told him to save his stuff for a late-race caution especially since the margin was well over 2-seconds. Keep in mind; a late-race caution had already helped influence a race involving these two earlier in the year at Phoenix when it came down to it though the clock ran out and with no caution, Smith really had no opportunity to pick up the victory.

Turning 18 today, Smith is now eligible to run all of the big tracks and denoted that he took a lot of information from today’s race that he’ll use further down the road, especially in the NASCAR Gander RV & Outdoors Truck Series with Kyle Busch Motorsports. Pending the schedule had not changed since the pandemic, his 2020 debut with Kyle Busch Motorsports, should come on August 8 at Michigan International Speedway.