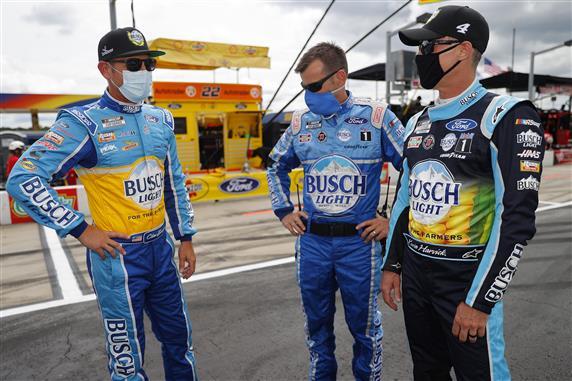 The COVID-19 pandemic has hit the NASCAR garage and Stewart-Haas Racing appears to be its first victim.

On Friday, June 19, it was announced two SHR employees have tested positive for COVID-19. According to SHR, the unnamed employees are based at their Kannapolis, N.C. facilities and have not traveled to the racetrack since the pandemic hit.

“Stewart-Haas Racing has experienced two positive COVID-19 test results, neither of which involve personnel who travel to race events,” SHR stated in a release. “Robust protocols have been in place and continue to be followed diligently to mitigate the spread of the virus while maintaining the health and safety of all members of the organization and greater community.”

The announcement comes just days after retired driver and current NBC Sports television personality Dale Jarrett announced he had contracted COVID-19. The 63-year-old Jarrett, a 2014 NASCAR Hall of Fame inductee, became the first known high-profile figure in the sport to be publicly diagnosed with the virus.

While it is unclear how the two employees contracted COVID-19, SHR is investigating the origins of how it infiltrated the organization. In addition, SHR has not disclosed the systems and exact quarantine protocol related to the two individuals. It’s not known if any of the organization’s drivers in its Cup or Xfinity program were in contact with these people at the race shop.

Early Saturday morning, Team Penske confirmed one of its employees tested positive for COVID-19 as well.

Team Penske says it has had one team member test positive for COVID-19 and that team member has been in quarantine all week … #nascar ⁦@NASCARONFOX⁩ pic.twitter.com/3MhzDpVsZ5

As of this writing, NASCAR has not yet addressed the matter but is expected to continue to hold its events as scheduled this weekend at Talladega Superspeedway with vigilant health and safety measures in place. It’s the same set of precautions the sanctioning body has used since the resumption of racing following a two-month break from competition. The sport was inactive from mid-March to mid-May due to the pandemic.

If a driver gets the virus and can’t participate in the races, I wonder if he will he get a waiver.

Yes, that was already established prior to restarting the season.

Hopefully the crew that goes to tracks are not going into shops.