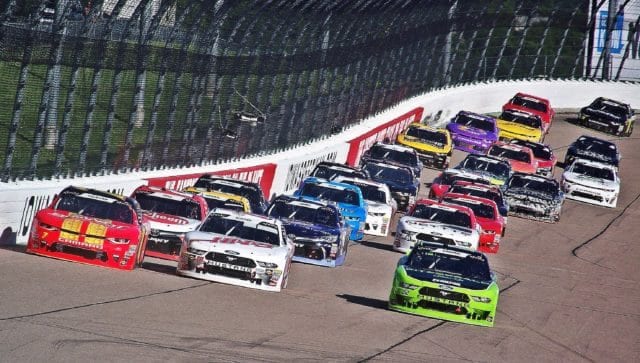 Motor Mile Speedway is one of the few oval tracks left in my home commonwealth of Virginia that I have yet to visit. That will stay a fact for all of 2020, with Motor Mile taking the pre-emptive step to cancel all scheduled race events for the 2020 season. The track’s press release indicated that the move was made both to ensure safety for its competitors and fans, as well as to allow racers to explore other options should a 2020 season emerge.

The race fan in me is crushed to see this, with a cancelation made for events that go well beyond the current stay-at-home order in effect in Virginia until June 10. But, having said that, as a citizen of Virginia, an individual that remains in quarantine with family members and a race fan, I can’t help but think that Motor Mile, a storied track that only recently got back to racing, has gotten ahead of the curve of many racetracks with this move.

Anyone that read my column last week knows full well the financial concerns I have for racing at all levels once the sport is free to resume, be it discretionary income for race fans or sponsor dollars to get racecars up to speed. That’s just one of many resource constraints that have to be considered for racing to get going again this season. With or without fans, opening racetracks requires the commitment of law enforcement and medical resources that frankly have their hands full, and will continue to have their hands full for the entire calendar year. In the case of big league NASCAR, it will find itself competing for TV production resources with the entirety of professional sport, including ratings juggernaut football and an NBA and NHL that will likely have playoff inventory available almost immediately to salvage their seasons.

And all of this, mind you, is based on the notion that life will return to some form of normalcy in the next few months. China is already seeing a second wave of COVID cases as its society attempts to reopen at get back to work. National Institute of Allergy and Infectious Diseases Director Dr. Anthony Fauci has indicated on numerous occasions during his work on the White House Coronavirus Task Force that the U.S. is likely to experience a second wave of COVID-19 following the summer months, even if warmer weather provides welcome relief from the current epidemic.

NASCAR fans, teams and media alike all may enjoy bouncing around hypothetical schedules that somehow jam a 36-race schedule into the remainder of 2020, touting doubleheaders, mid-week races and potentially closed grandstands to get the chase for the Cup back on track, but its honestly a form of fantasy sport. It’s about as real as the iRacing that FOX has taken to telecasting on the weekends. Best case, the way things are going, there’s going to be a brief summer respite for Americans to breathe, hopefully work, and above all, prepare for what’s likely to be a very cruel winter.

Frankly, given that backdrop, I’m ready to put sports on the backburner until 2021, motorsports included. As I’ve written on multiple occasions, the consuming pursuit the racing industry is investing into making iRacing a serious substitute for the premier forms of motorsports arguably in the world is trying to make virtual reality, well, reality. It certainly has proven an outlet for race fans that are stuck in their homes, and in that regard it’s been a positive. But the longer this stunt goes that sees grown men video gaming being broadcast on TV, interviewed by professional media and yes, even losing sponsors for their conduct on the track, the further removed from the reality of racing both competitors and fans become:

GTK where you stand. Bye bye Bubba. We're interested in drivers, not quitters.

Though I will concede this. Ironically, for all the ridiculousness of iRacing showing in-race shots of video gamers turning a steering wheel in their offices and bedrooms, pit stops conducted by invisible crew members and wrecks that see virtual racecars literally pin-balling when wrecked, Bubba Wallace, the face of NASCAR’s ever-persistent diversity movement, incurred more of a penalty for quitting a video game than he did for figuratively kicking a fellow competitor when he was down at Charlotte last year:

The danger I see in the continued focus and development of iRacing as a product is that it plays into a larger consolidation of stock car racing that is all but certain to take place whenever the COVID pandemic ends. Racetracks long before the pandemic have been prime targets for redevelopment and are quickly disappearing; after decades of holding on as an amateur sports car track, Texas World Speedway is now being demolished for residential development. Wall Stadium is strongly speculated to be disappearing after the conclusion of the 2020 season. Most recently, the same Myrtle Beach Speedway that developed one Dale Earnhardt Jr. is now on the chopping block for redevelopment. All of that was in motion before COVID cratered the economy. I can’t imagine Great Depression 2020 is going to proliferate the short track ranks.

Where does iRacing fit into this? It’s a cheap means to keep the professional drivers in the view of fans as the grassroots racing community continues to contract. It’s a distraction that, while needed by many, could be doing more harm than good. A quick look at the Speed51 homepage, now proudly owned by the same Race Team Alliance that represents nearly the entirety of the Cup Series field, is a sneak preview of the future. Dabblings of real short track news and reporting, augmented by copious virtual screenshots (though to Speed51’s credit, their series of “where are they now?” on past short track drivers has been excellent reading).

Getting back to Motor Mile and their decision to cancel, that’s grabbing reality by the horns and acknowledging the problem at hand. The sooner fantasy and borderline desperation to cling to a 2020 season that’s been dead since the Truck Series field was told to load up at Atlanta are gone, the sooner competitors, promoters and fans can get to the business at hand.

I fear you are correct. There is a high probability that racing will not happen in 2020. As for hockey and basketball restarting their playoffs, I don’t see that happening either. Especially hockey. Can you imagine how flat the players will be without having played any games together for 2 months? It would be a joke. I’d say the ship has sailed for the NBA and NHL playoffs.

Now I’ve seen everything. A driver/team loses a sponsor in the real world because of something that happened in a video game. My first thought is that the sponsor was looking for a way out of the contract and conveniently took it. I wonder how that would stand up in court if the team decided to challenge it. I doubt there were any contingencies in the contract for video game behavior.