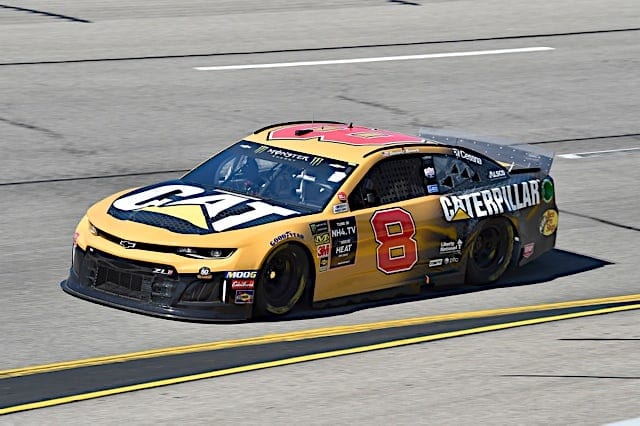 Spotter Derek Kneeland will be joining Richard Childress Racing for the 2020 season, leaving the No. 42 team of Kyle Larson at Chip Ganassi Racing, the team announced Wednesday, Nov. 13.

Kneeland will spot for Tyler Reddick, who’s moving to RCR’s No. 8 as a rookie in 2020, in the Monster Energy NASCAR Cup Series.

“I’m thankful to [CGR general manager] Max Jones and Chip [Ganassi] seven years ago giving a little no-name a guy a shot,” Kneeland said in a team release. “Since then we have won races in Cup, have double-digit wins with the No. 42 Xfinity Series car and made so many memories. I’m lucky.”

Reddick and Kneeland previously worked together during the 2017 Xfinity Series season, where Reddick ran a partial schedule in CGR’s all-star No. 42, winning a pole at Kansas Speedway and a race win at Kentucky Speedway, along with four top fives and six top 10s in 18 starts.

With Kneeland as his spotter, Larson has one win, eight top fives and 17 top 10s in 2019. He was eliminated from the playoffs after last weekend’s race at ISM Raceway.

Larson’s spotter for 2020 has not been announced.