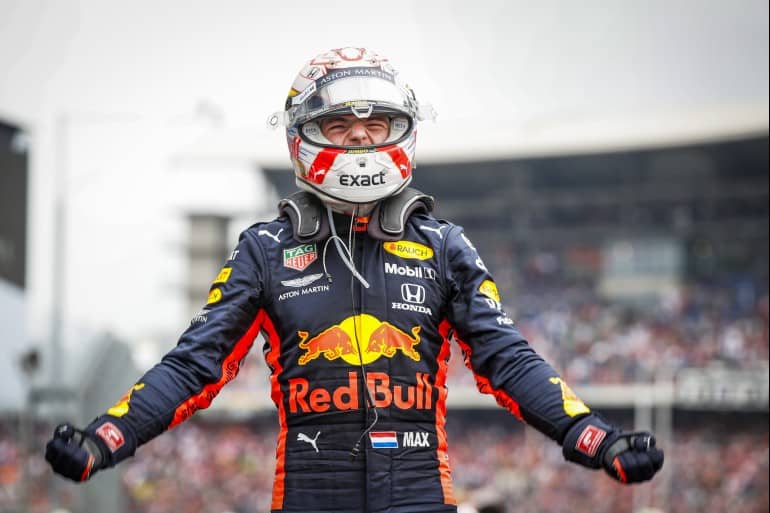 Here’s a few storylines to digest as Lewis Hamilton awaits winning his sixth drivers title this weekend at Circuit of the Americas.

– Surprise, surprise, the route to holding a Miami Grand Prix has found a roadblock.  As soon as the idea of hosting an F1 race in Miami started to circulate about two years ago, there appeared to be obstacles. Where to host it was the big issue. Then came the question as to who would back the project and lo and behold, real estate developer and Miami Dolphins owner ponied up and fixed both concerns.

The plan that received approval from F1 had a visit to Miami happening in 2021 with the race being held on a track comprised of the Hard Rock Stadium, home of the Dolphins, and the surrounding streets. From the moment public streets was used, someone should have been concerned about whether or not the people of Miami Gardens would feel happy about said race.

Apparently the organizers thought that getting approval from the city council would not be an issue, and guess what – it is totally an issue!

The council has denied the Miami GP for now with a second vote coming in the future. They reasoned that more work needed to be done to study the impact of the race on the area, focusing on noise pollution and traffic issues. The locals have not come out to support the race in droves, especially compared to the fans of Denmark who have shown overwhelming enthusiasm for their date on the schedule next year.

What is happening here is that the strategy of strong-arming the locals has not gone to plan. By announcing the race and building hype, it is likely that the organizers thought that the outside pressure would push the locals into being amenable. Now that there is pushback, it will be interesting to see how long the organizers plan to fight or whether or not they will adjust elements to make the race happen or whether the Miami GP will become another idea that never comes to fruition.

– For much of this season, Max Verstappen has been rather un-Max Verstappen.  He’s stayed out of the kinds of on-track asininity that had drawn so much criticism the first two years. By his standards, he’s practically been an angel – something that might be best highlighted when he pulled over to let Charles Leclerc pass at the Belgian GP.

Such relenting looked stunning for a driver that tends to fight to his detriment and shows no quarter to others on the grid. That the Belgian GP is as close to a home race as he can get also made the move almost stately.

For the way his season has gone, the pundits have started working that M word into their ideological construction of Verstappen.

The titles make it seem that Verstappen had evolved into everything that the press wanted him to be. With his quiet season, it has been easy to argue that all of those articles were apt.

With all of the praise, Verstappen had gotten to be boring, so it was quite the sight to see Old Max back on track last weekend. With his egregiously questionable move not to slow down when approaching Valtteri Bottas’ stricken ride in qualifying or his lap-one collison with Bottas during the race, Verstappen appeared to have left his mature mindset in Europe. Verstappen appeared to be driving with a chip on his shoulder this past weekend, almost in retaliation for what the track has not given him. But a track does not care, and owes no one nothing.

No doubt Christian Horner, the team principal, will have a sit down with Verstappen before the USGP and the more mature Verstappen might take to the track for the race, but for a moment it was fascinating to see him revert to a style of racing for which he has been tethered.

– Verstappen’s teammate, Alex Albon, however, enjoyed another fine outing in Mexico, as he finished fifth. While Verstappen is the one who grabs all the headlines for Red Bull, Albon continues to work his quiet way on the track to an impressive second half of the season. What may astonish you is that Albon has now outgained his teammate by 19 points in the six races since he moved from Toro Rosso to Red Bull.What may stupify you further is that even with the excellent results, Red Bull has still not confirmed the young Brit-Thai driver for the seat next year. What is it exactly that the team needs to see in order to ensure that he’ll be back in the same seat next year? It’s rather mystifying.

The IDEA to have a F1 race in Miami is understandable, like the New Jersey race overlooking the Manhattan Skyline. But the practicality is impossible.
Race cars are loud, 300K people attending an event will have logistical problems, who would of thunk it. These places are noted for corruption and going against the public good. But this time the corruptors and the people against the race are the same people. So it’s a dead deal right from the start.