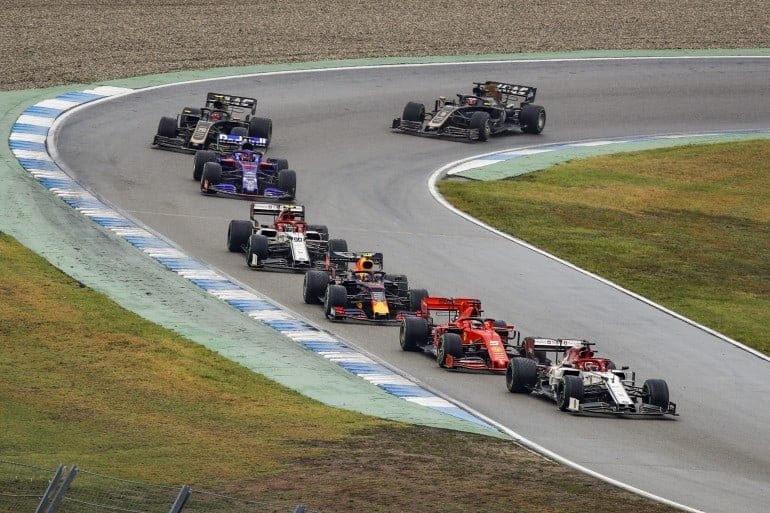 Last week, the Miami Herald reported that Formula One and Hard Rock Stadium–the home of the NFL’s Miami Dolphins–had come to an agreement to bring a grand prix to the South Florida city in May 2021.

The world’s greatest racing @f1 has never been to S. Florida. Imagine people coming to this region from around the World in May. Multiple passing zones and world-class clubs and amenities. Barcelona, Monaco… Miami… make it happen. pic.twitter.com/OxxUP4NFUN

The circuit, replacing a proposed downtown venue, will be run in the parking lot around the stadium.

The pinnacle of motorsport indeed.

While it’s not the first time the most popular and highly regarded racing series in the world has visited a “non-traditional” venue–the Caeser’s Palace Las Vegas parking lot comes to mind–the proposed circuit is certainly not worthy of the peak of global motorsport.

Sure, Liberty Media wants to expand its influence in the United States, but hosting a glorified autocross during the most important month in American racing is not the way to do it.

And it’s not just that it’s an unimaginative street course. The Monaco Grand Prix is not only one of the jewels of the Triple Crown, but it’s iconic for its glitz, glamour and prestige. The Singapore Grand Prix, still just 12 years old, is a downright spectacle and staple on the F1 calendar. Even Baku, despite the controversy rightfully swirling around the event, makes for stunning television with its seaside locale and brick-lined castle section.

Now Liberty wants to add a Walmart and a Sonic Drive-In to that list of iconic F1 backdrops.

Even the NTT IndyCar Series, a domestic series without the pretense of FIA Grade 1 circuits and their multi-million facilities, couldn’t make several attempts at parking lot tracks work. A number of venues as bland and unremarkable as suburban Florida, drawn upon a blank canvas of concrete, have popped up on the schedule only to fall off just a few years later. It could just be me, but that doesn’t exactly seem like a recipe for success.

And with Miami Dolphins owner Stephen Ross bankrolling the project, already slated to cost at least $40 million, it’ll have to be. There’s no oil-rich government propping this one up. The organizers will have to hope that they can draw a big crowd, and keep them coming back.

Not that they’re doing themselves any favors in that regard.

The Miami Herald report also revealed that Liberty has provisionally scheduled the Grand Prix for May, a month jam-packed with marquee events across several American series. By doing so, they’re needlessly competing with a Grand Prix, practices, qualifying and the biggest race in the world in Indianapolis, as well as the Monster Energy Cup Series’ All-Star Race and Coca-Cola 600 in Charlotte. That only limits potential turnout and ensures they’ll be competing for the divided attention of the few media outlets that would actually care.

If it is growth Liberty wants, why shoehorn the race into a crowded calendar and force fans to make a choice between F1 and the other world-class events that month? I might be slightly biased, but if it’s between a parking lot and the most storied speedway in the world, I know which one I’m picking.

Growing Formula One’s popularity in the States is a worthwhile cause, but Liberty should be spending their time continuing to build up what they already have before they get greedy.

When the news broke, CEO of the Circuit of the Americas Bobby Epstein wasn’t exactly thrilled, but it doesn’t sound like he’s too worried about the long haul.

“The first year will be painful (for COTA),” he told RACER.com. “After that I think the pendulum swings.”

COTA, Epstein said, had struggles of their own following their successful first year, something he expects to hit the Miami Grand Prix, should the plan come to fruition.

“It is very difficult to get a race off the ground, and it’s even harder to have longevity,” he said. “One thing that everyone’s learned in this sport is you can lose massive amounts of money. The first year will always be gangbusters, it’s what happens in the third, fourth and fifth year and whether someone’s going to have the staying power.”

And that’s coming from one of the premier racing venues in the world, one of only two tracks in the United States currently up to the FIA’s Grade 1 standards.

Maybe someone from Liberty should ask where Caesar’s Palace organizers were after five years? Or the group that set up the CART Meadowlands circuit in the 80s? I’m sure they’d be able to gain plenty of insight from the promoters of IndyCar’s Grand Prix of Houston at Reliant Park, too.

Not that they’d listen.

While it’s yet to be officially confirmed for a spot on the 2021 calendar—the so-far skeptical Miami-Dade County Commissioners have to approve the plan before the race can move forward—one thing is for sure: Liberty, Hard Rock Stadium and Ross are in for a rough road ahead.

Hopefully, for their sake and ours, it’ll be a memorable one.

It would be nice to have another F1 race in the USA, but not like this proposed plan. I understand why the INDY SPEEDWAY can’t be used again. The pit set up (garages) are wrong. Remember, safety first. Enough of these so called street or temporary circuits. How about updating some old circuits with racing history?