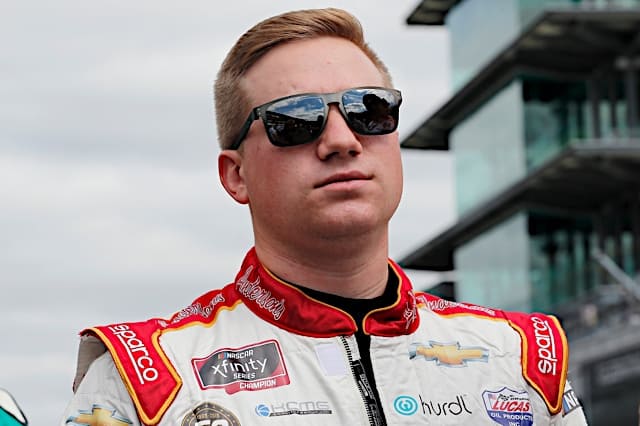 Another rookie has joined the Monster Energy NASCAR Cup Series fray for 2020.

Tyler Reddick will make the move to the Cup Series for Richard Childress Racing, the team announced Wednesday, Oct. 2.

Reddick will drive the No. 8 that will be vacated by Daniel Hemric at the end of 2019, with sponsorship from Caterpillar. A crew chief has not yet been announced

“It means a lot to me that Richard, his team, and Caterpillar believe in my ability to represent them both on and off the racetrack,” Reddick said in a team release. “My goal was always to get to race on Sundays, and I’m so excited to achieve that next year with RCR, ECR and Caterpillar. I’m excited to take this next step in my career with their support, but also realize I’ve still got a lot of work to do this year with my No. 2 team to bring home the Xfinity Series championship. I can’t think of a better way to end RCR’s 50th celebration and kick off next year than by capturing that trophy.”

While the 2020 season will be Reddick’s first full-time Cup circuit, he has two starts in the series, both coming in 2019, with a best finish of ninth at Kansas Speedway.

He also has three wins, 25 top fives and 40 top 10s in the Gander Outdoors Truck Series, competing full time in the series in 2015 and 2016 for Brad Keselowski Racing.

He’ll be a teammate to Austin Dillon at RCR in the Cup Series.

Reddick is the second Rookie of the Year candidate to announce plans for 2020 in the Cup Series, following fellow Xfinity standout Christopher Bell.

Meanwhile the 3 remains as a featherless dart.

I wonder if he’s getting less than Hemric?

Drivers find out how good they are when they get to Cup.