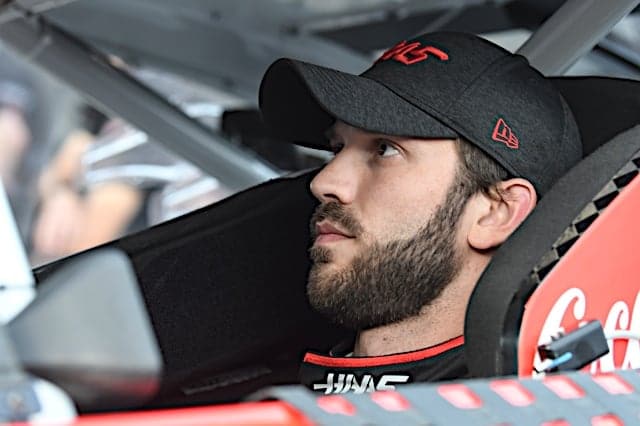 In this week’s edition of the Frontstretch Podcast, Dustin Albino and Mike Neff discuss a fun weekend of short-track racing at Bristol Motor Speedway that saw Denny Hamlin edge out Matt DiBenedetto for the victory, though Matty D. won the hearts of many.

With DiBenedetto announcing he won’t be returning to Leavine Family Racing in 2020, where are potential landing spots for him? Would a return to the NASCAR Xfinity Series be a bad thing?

The Xfinity Series had a thrilling race at Bristol as Justin Allgaier let another one slip away, allowing Tyler Reddick to record his fourth victory of the season. When will Allgaier’s luck turn around?

There was a bunch of off-the-track news this week, with David Ragan announcing his retirement from full-time NASCAR competition. The biggest story of the week, though, came last Thursday (Aug. 15) when reports came out that Dale Earnhardt Jr.‘s plane went down while landing. We, at Frontstretch, are thankful the Earnhardt family is doing well at home through this traumatizing event.

Finally, Daniel Suarez joins the podcast to discuss his first season with Stewart-Haas Racing and what it’s like battling his teammate Clint Bowyer for one of the final playoff positions.