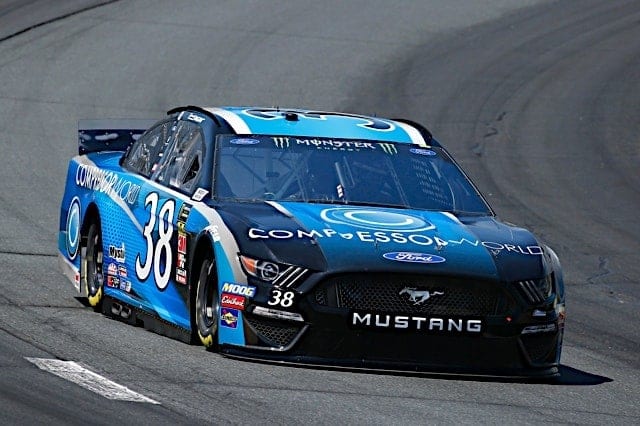 Front Row Motorsports will switch out the crews and crew chiefs of the No. 36 of Matt Tifft and the No. 38 of David Ragan starting with this weekend’s Gander RV 400 at Pocono Raceway, the team announced Tuesday, July 23.

Mike Kelley, formerly Tifft’s crew chief, and Seth Barbour, previously on top of the pit box for Ragan, will swap places beginning this weekend, and the change will last the remainder of the 2019 season. The crews will trade places as well.

Kelley is a long-tenured crew chief in the sport, having made his debut in the NASCAR Xfinity Series in 2006 for Roush Fenway Racing driver Todd Kluever. He stayed with the team until the end of 2018, when he made the move to Front Row Motorsports.

This is Kelley’s third year in Cup Series competition, previously having led Ricky Stenhouse Jr.‘s No. 17 team in 2014 and 2016. He won 12 races in the Xfinity Series but has yet to win in NASCAR’s premier series.

Barbour debuted in 2013 as a crew chief for Marcos Ambrose, his effort a one-off race in the Xfinity Series’ Mid-Ohio Sports Car Course event. He also was a longtime crew chief for Roush Fenway Racing in the Xfinity Series from 2013 to 2017 before moving to FRM. Barbour then called the shots for Landon Cassill‘s 2017 campaign, followed by moving to the No. 38 of Ragan for 2018 and most of 2019 before this weekend’s switch.

He’s also notched an Xfinity Series win, having been on top of the box for Ryan Reed’s win at Daytona in February 2015.