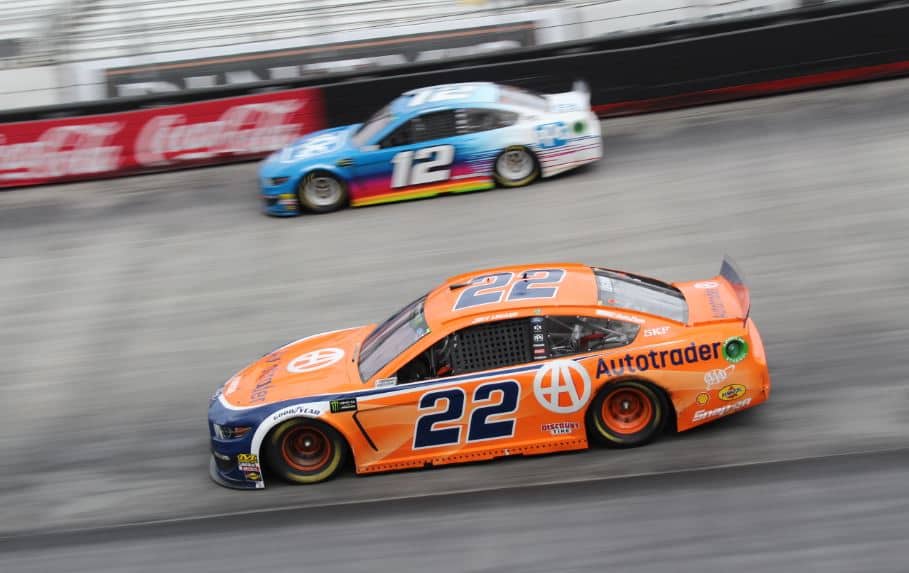 Bristol winner Kyle Busch has flipped the stat books upside down again. Now with eight top 10s to open a season, Busch is tied for the best start to a season ever in this decade. At this rate, what other stats can he rewrite?

Kevin Harvick had a very un-Kevin-Harvick-like Bristol race. After failing pre-race inspection and forced to relinquish his starting spot, Harvick was a complete non-factor. Happy has not been very close to Victory Lane this year. Should he, and the Stewart-Haas Racing No. 4 team be nervous?

Fellow SHR competitor Aric Almirola had an early uncharacteristic retirement at the Last Great Coliseum, which put a sudden end to an impressive streak of top-10 finishes. Was this a fluke?

Like Harvick, Martin Truex Jr has had a relatively quiet season and was never a factor at Bristol. So far, Truex is clearly not as dominant of a driver as last season. Will he ever be able to find a way to emulate his incredible performances of last year, or are they a diminishing dot in Truex’s rear view mirror?

Many around the NASCAR sphere are still left contemplating questions as NASCAR treks up to Virginia. Many drivers rose to the occasion at Bristol while others faltered. After Bristol, our Frontstretch experts were put to the test to calculate the 12 best drivers in present-day Cup racing. Here are Power Rankings: Bristol…

He also recently set a speed record for a scissor lift…

.@KyleBusch is just as fast as hanging banners as he is driving around the track!! ??? @Skittles | #TeamToyota pic.twitter.com/D0uTDoBYTQ

“Thankfully he didn’t lose his Skittles after the early incident.” – Joy Tomlinson, Frontstretch

Yet again this season, Logano and his Penske colleagues were challenging the Joe Gibbs Racing camp in a league all of their own. Unfortunately for Logano, the Penske trio came up with the short end of the stick after a meticulous game of pit stop chicken with JGR as Adam Stevens motioned at the last second for Kyle Busch to stay out during the final caution, a move that ultimately cost Logano a race win.

Thanks @Team_Penske for building a fast No. 22 @AutoTrader_com @FordPerformance for today’s battle at @BMSupdates. Unfortunately pit strategy at the end got us and we crossed the line P3. pic.twitter.com/Qh5iOXSeiD

“Logano might not have won, but damn, his tires at the end sure were looking fresh.” – Michael Massie, Frontstretch

If Denny Hamlin’s speeding penalties were actually wins, Hamlin might be knocking on the door of Richard Petty’s 200 Cup wins. You guessed it. Hamlin got yet another speeding penalty at Bristol. Although it would put a slight speed bump in his race, Hamlin fought back for a top five, a result that made him uh… er… um… happy?…

“The only driver told to slow down… on pit road.” – Rob Dutzar Jr, Rob’s NASCAR Blog

“If Hamlin’s going to speed on pit road anyway, then why not just fly down pit road as fast as possible? Think of the time he’d gain.” – Massie

There was quite the delusion,

And this poem is quite terrible in conclusion

The confusion started under caution and ended with Brad Keselowski being called to the NASCAR hauler. @LarryMac28 and @ShannonSpake look at what happened. pic.twitter.com/V5bidrCIuh

6,985 people thought Kurt Busch should have wrecked his brother at the time of this publication. It is probably about time that he pays his brother back for the 2007 All Star Race.

Congrats little bro @kylebusch. Thanks @teamchevy @MonsterEnergy we will keep building towards a win.. RT if you think I should have wrecked him pic.twitter.com/2K2asrZnOM

“‘RT if I should’ve wrecked Kyle’ seems like the easiest way to get retweets.” – Dutzar Jr

If you get Ryan Newman to laugh at you, you might have just done something unheard of.

Notice Blaney’s, quick tinge of fear as Newman “confronts” him on pit road when the race concluded.

Typically, drivers get mad at each other after a hard race at Bristol. ?

Not these two. Ryan @Blaney and @RyanJNewman had a post-race chat, which ended with them laughing it off. ? pic.twitter.com/1LPmbMRDEF

“At least he didn’t get wrecked out of the lead this year.” -Cheek

“Want Blaney to win? Tell him the final stage is actually the second stage.” -Massie

At Bristol, Harvick really learned how to count… that is the number of laps down he was. Happy lost his first lap before he ever completed a lap due to penalty. Then, he went two down. Then four, then three. A wave around put him at two and a free pass locked him in at one, then back up to two, and back to one, and then zero. Confused yet? It was a very weird and rare day, but a decent top 15 showing greeted Happy at days end.

Oh boy! Showing still 2 laps down, let’s see how this works out!

“Harvick arguably had the fastest car, but failing pre-race inspection multiple times put him in a hole that was impossible to recover from. Imagine if he did not fail inspection. He likely would have challenged Kyle Busch for the win.” – Kobe Lambeth, Kobelambeth.com

While we’re under a commercial break here. Did y’all think the race was good today?

“If he wants to win so badly at Bristol, could you imagine how he must feel about getting a victory at Kansas?” -Rob Tiongson, The Podium Finish

Don't not what else to say about today. It's frustrating and disappointing to say the least. But it does no good to dwell on it, so… onto Richmond.#SHAZAM | #SmithfieldRacing pic.twitter.com/qdXsBjjudD

“Almirola couldn’t Shazam his way out of trouble early.” -Cheek

Elliot claimed the Bristol pole but had trouble maintaining the lead, despite his clear height advantage at driver introductions.

.@ChaseElliott got a little carried away at @BMSUpdates…

“Darn it, Chase. You were 10 spots short of getting us wings, bro!” -Tiongson

There may have been some doubts at the start of the season, but Daniel Suarez seems to be getting his feet under him. Could Suarez possibly emulate Joey Logano’s path to success?

Like Logano, Suarez might be starting to find some consistent success with another powerhouse team after a dismal start to a Cup career with a different team. Suarez has quietly slid into the top 12 in the points standings. He’s lurking.

We were able to overcome several mistakes to finish with the third Top 10 in a row. We have to clean up these mistakes and keep getting better??
•
Nos recuperamos de varios errores para lograr el 3er Top 10 consecutivo. Tenemos que limpiar esos errores y seguir mejorando?? pic.twitter.com/YZcAVybOtf

“Suarez continues to get comfortable with Stewart-Haas Racing. Do not be surprised if he inches closer and closer to the front.” – Lambeth

Where did he go? Truex has seemingly disappeared compared to 2018.

Who else is excited to see @MartinTruex_Jr in the @AutoOwnersIns machine this weekend?! #19in19 pic.twitter.com/FTPoras832

“Is it too early to hit the panic button with the 19 team?” -Tiongson