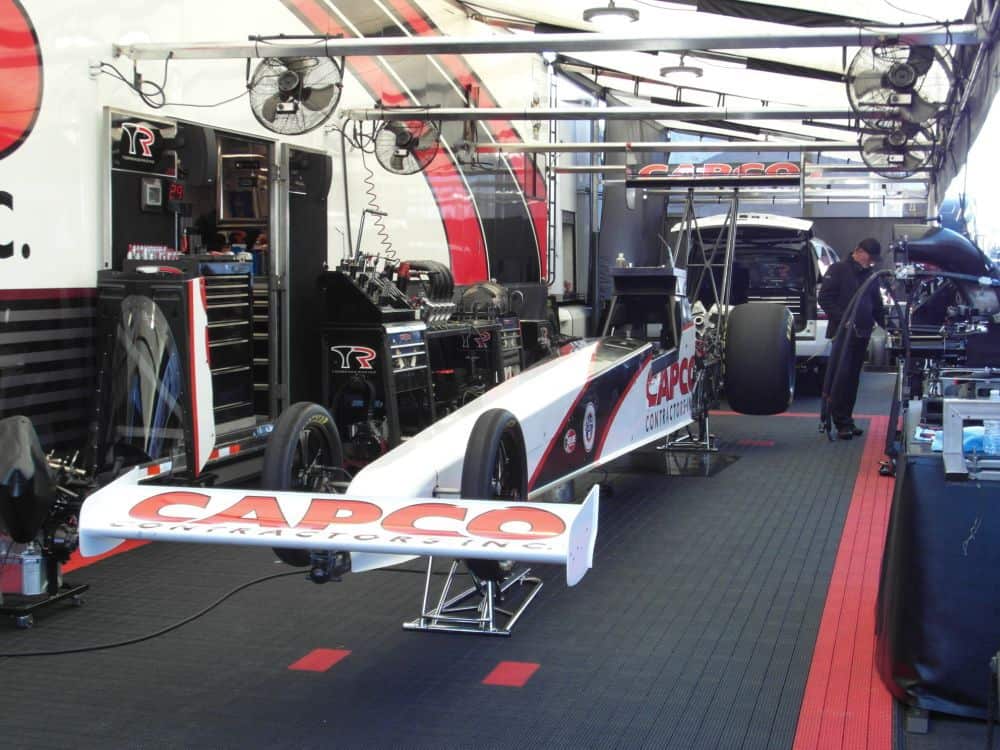 Most of the time, the big teams, which tend to have the most corporate support and money, tend to rule the roost. The little teams, with less support and money and fewer resources, struggle to keep up. And yet, for the moment, it seems that this is not quite the case in NHRA drag racing.

Take Steve Torrence for one example — except for the stray appearance by his father, Billy, in a second car, Torrence is a single-car team. There aren’t three cars to test different things on in order to find what’s fastest. There isn’t anyone to lean on if you just can’t figure it out — and yet they have.

The guy chasing him in second place in the Top Fuel standings, Clay Millican, is also a single-car team. You have to go all the way to third place, 210 behind Torrence and 41 behind Millican, to find the first Top Fuel entry from the multi-car Don Schumacher Racing operation, Tony Schumacher. His two Top Fuel teammates, Leah Pritchett and Antron Brown, are right behind him.

Five of the 10 Top Fuel teams in the Countdown are single-car teams. One more, Brittany Force, is part of a multi-car operation, but hers is the only Top Fuel car on the team. So while she has the greater resources of a larger operation, her team doesn’t have someone else right next door running the same equipment to tap for knowledge.

Funny Car does, however, seem to favor the multi-car teams, with the four-car Don Schumacher Racing and the three-car John Force Racing holding seven of the top 10 spots. Two more are occupied by Kalitta Motorsports teammates JR Todd and Shawn Langdon. Tim Wilkerson was the sole single-car team owner and driver to make it into the Countdown.

That doesn’t mean there aren’t single-car teams in the class. Bob Tasca and Cruz Pedregon fought hard to make the Countdown and just missed the cut.

Granted there are more multi-car teams in Funny Car than in Top Fuel. All the multi-car teams made the Countdown, although one car from Kalitta Motorsports missed the cut. Still, even if it had made the cut and all of them were in, it there would be a total five entries if you didn’t count Force as a multi-car team since she doesn’t have a Top Fuel teammate — six if you do count her. That would have left four spots for single-car operations, unlike Funny Car, where there was just one opening and a number of teams trying to get in it.

If Torrence can keep his momentum going and win the championship in Top Fuel though, it does make a mammoth statement about single-car teams — one that will hopefully encourage others and perhaps draw some financial support toward these teams. Don’t give up on the Davids just because they are small. They still know how to beat the Goliaths.