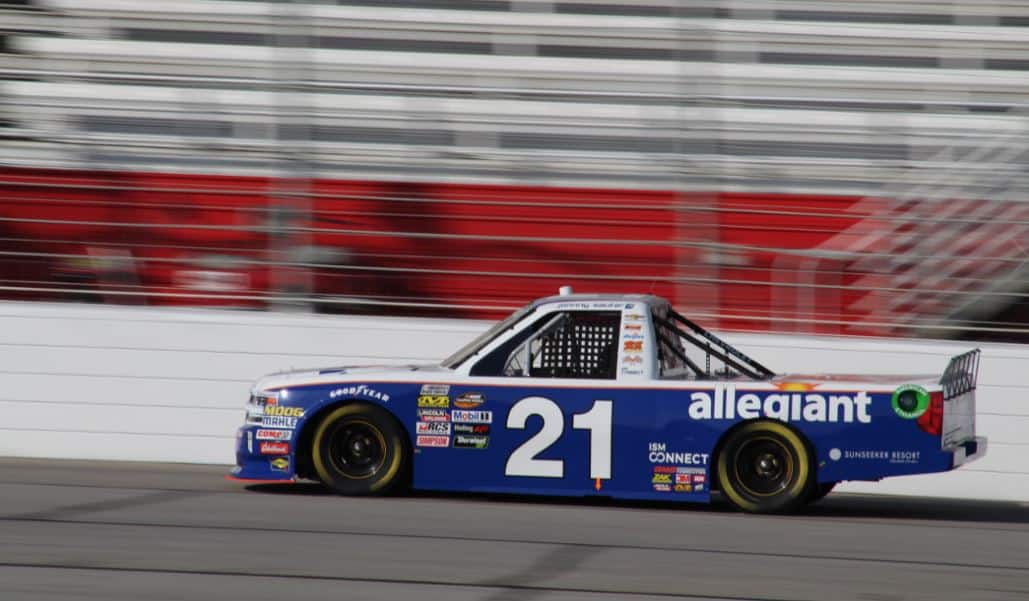 Sauter’s GMS Racing Chevrolet led the field with a lap of 174.160 mph, and he was followed by teammate Dalton Sargeant with a lap f 174.031 mph.

In third was Ben Rhodes’ ThorSport Racing Ford at 173.449 mph, while the top Toyota was Kyle Busch Motorsports’ Noah Gragson at 173.344 mph. Rounding out the top five was Matt Crafton, clocking in at 172.933 mph.

Bo LeMastus turned the most laps at 33, while Austin Wayne Self and Jennifer Jo Cobb each drove the fewest at three each.

26 of the 33 trucks entered posted a time; Cobb was slowest in the No. 10 Chevy at 148.535 mph. Veteran driver Joe Nemechek did not record an official time.

The rest of the top ten were Myatt Snider, Enfinger, Friesen, Sargeant and Gragson.

30 trucks took part in this practice, Norm Benning‘s No. 6 was slowest at 157.512 mph. Sauter completed the most laps in this session with 33, followed by John Hunter Nemechek and Brandon Jones with 31 each. Joe Nemechek and Bayley Currey each completed the fewest laps at two apiece.