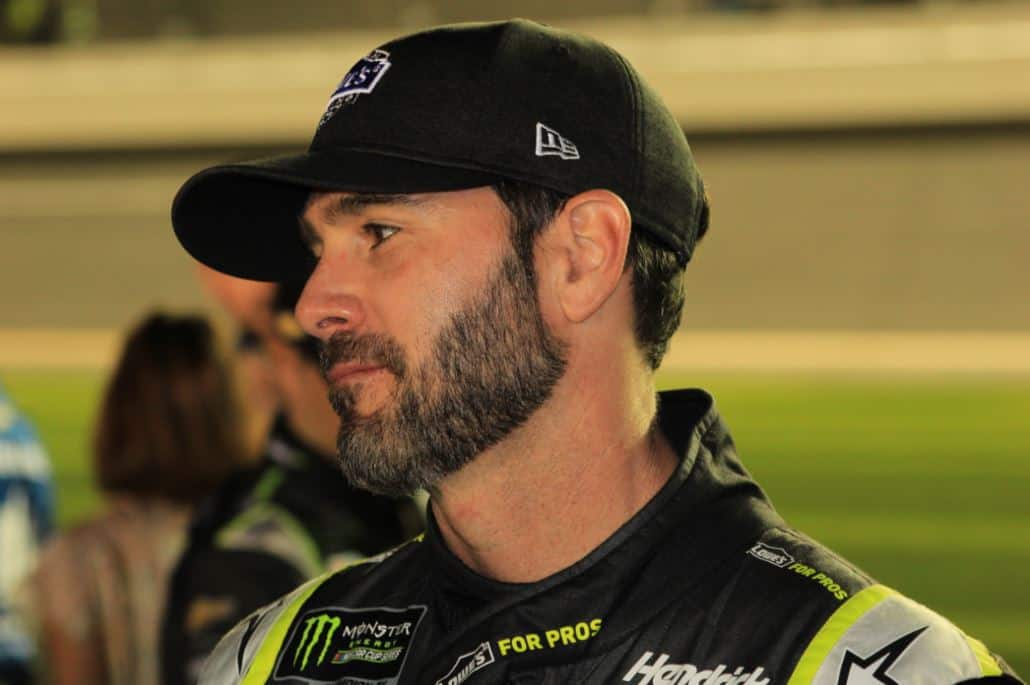 No need for any attempts of witty whatever to open the column this week.  Letʻs just jump into some happiness.

Happiness Is…Happy.  Usually when a driver beats down the field as Kevin Harvick has done the past two races, this column would extol how awesome he is.  And heʻs been magnificent, no doubt. There have been, however, concerns about his waxing of the other entrants who seem to be putzing about while he drives away like thereʻs an extra 50 horsepower in his car.

There are two matters at play here that resonate within the sport and how Harvick is crushing it: 1) is his performance good for the sport, and; 2) how long can it continue?  The third issue of whether or not – well, whatever, the penalty for the No. 4 team messing with the car has come to show that there was something fishy going on at whatever mile-and-a-half track they raced last weekend (yes, it was Vegas).

To answer the first one is easy, because who the hell actually knows what is good for the sport anymore.  Each week, both here and elsewhere, pundits and fans offer their ideas on how to ʻfixʻ the sport. So far no one at NASCAR HQ is listening.  Besides that aspect, if Jimmie Johnson winning every third race for like 9 years didnʻt kill the sport than Harvick winning a couple ainʻt going to do diddly squat.  Might it chill early season enthusiasm? Perhaps, but that doesnʻt mean that any other driver would have brought any kind of other reaction.

How long Harvick continues to frustrate everyone else on the track likely wonʻt be answered this week at Phoenix as heʻs made the track one of his favorites to dominate.  Itʻs kind of like how Johnson used to make everyone feel stupid at Dover. So maybe the better arbiter for Harvickʻs dominance will be in two weeks at Auto Club Speedway.

One final note, that comes in a weird way.  Harvick getting popped for a rules infraction doesnʻt necessarily do anything negative.  The governing body still acts like they are doing something to combat cheating by taking away the playoff points and suspending the car chief.  From Harvickʻs perspective, he still gets to keep the win and his crew chief will still be atop the pit box. What Harvickʻs infraction really does is put him and the sport in the news cycle and get people talking about it, all while having little true impact on anything, which all seems like a zero-sum game.  Good deal for everyone then.

Happiness Is…Rings.  The NASCAR Hall of Fame announced its latest batch of potential entrants this week.  The yearly lists really should come as no surprise, and in truth, the inductees thus far havenʻt been all that shocking.  This year looks like it will be another one that passes with little in the way of striking omission or admittance as half the list should easily be placed in the Hall anyway.

That the Hall maybe should have inducted a few more of the pioneers of the sport at the beginning, like by having five entrants from what could be called the historical period (or something lame like that) is kind of baffling as there is a continued backlog of names that are deserving that get bumped by newer possibilities.

This year Jeff Gordon.  Next Tony Stewart. That list will continue to grow.  So let’s give a nod to those that really built the sport and focus on its history.  Itʻs not like Jeff Gordon isnʻt going to make it in, so maybe the Hall could wait a year and let Red Farmer, or Buddy Baker, or Harry Gant, or Kirk Shelmerdine into the party, they deserve their moment too.

Happiness Is…The Ex.  The ex is always problematic.  Thereʻs a reason theyʻre the ex.  But once theyʻre the ex, thereʻs also those fleeting moments of looking at them with the eyes that drew you to them in the first place.  This scenario must be how McLaren feels about Hondaʻs partnership with Toro Rosso so far this year. Though thereʻs been no race held, preseason testing shouldnʻt be making McLaren feel all that wonderful about their new paramour.

Thatʻs to say that even though last week was a wash for testing, this week has been more favorable and that means teams are actually able to ascertain something – even if they may not be going full out, or that thereʻs still tinkering be done.  And after two days in Spain, the one thing that McLaren has learned is that, well, theyʻre really no better off this year than they were last year.

The Renault powerplants that were supposed to bring reliability and increased speeds have done little so far.  Tuesday saw Stoffel Vandoorne spend extended time in the pits, while on Wednesday it was Alonsoʻs turn to hang out in the garage and twiddle his thumbs.  When Alonso did actually take to the track, managing to hit 47 circuits, his time fell behind that of Brandon Hartley, who is driving the, yup, you guessed it, Toro Rosso Honda.

Surely Toro Rosso should be thanking McLaren for basically being a test team for the past two years and handing them a power unit that seemed to surprised toward the end of last year.  These relationships would be one of the wonderful subplots to follow during the early races of the F1 season.

I heartily agree that there is a lot of time for the Jeff Gordons of the world to be inducted into the Hall of Fame. I find it shameful that the pioneers who put the sport on the map have or will die before being acknowledged. And the continued exclusion of Smokey Yunick is embarrassing.

Smokey would make Chad and any of the other “innovators” to shame. I think keeping him out is because of the embarrassment it caused NASCAR when they couldn’t keep up with his ideas, like extending the front bumper, that they never discovered. I don’t think even Chad could take the gas tank out of the 48 and drive it out of the track.

they have engineers, simulators, and lots of computers to do all that these days. Times have changed.

Yes indeed. Like so many things in nascar, the “enforcement” of the rules regarding the legality of the cars, particularly the winner, is smoke and mirrors. The appearance of doing something while not really doing it. Perhaps that’s part of the sports problem.

While we have yet to have the first race of 2018, it does appear that McLaren’s problems last year may have been more institutional than related to the Honda powerplant. But we shall see when the lap times mean something at the first race.

Is there a reason we can’t get the people who are still alive and might not be for long into the hall so we can hear the the speech and the stories before it’s too late. Pretty sure Tony Stewart and Jeff Gordon wouldn’t mind.

Have to agree, at least the older drivers have the stories and the charisma ….something that is lacking from today’s cookie cutter NA$AR

Is it necessary to mention that Happy Harvick’s care was found to be illegal? Where are the fans and media demanding that the win be stripped? Or does that only apply to JGR cars? If it’s a Ford, it’s OK?