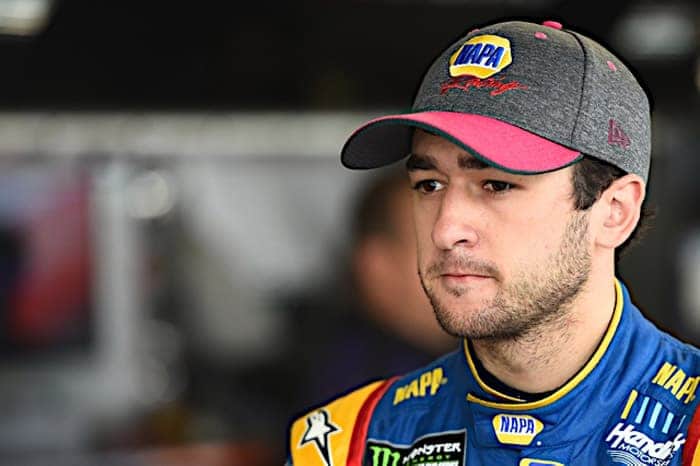 Chase Elliott was a silent attacker on Sunday at Atlanta Motor Speedway in the Folds of Honor QuikTrip 500. Starting 27th, the 21-year-old flew under the radar for the majority of the race.

He showed his face at the end of the 500-mile event, but it came too late. And the driver from Dawsonville, Georgia had to settle for a 10th-place finish.

“Not really good,” Elliott said of his evening. “I’ll be honest with you, we have a lot of work to do. Fighting to stay on the lead lap isn’t where you want to be. Great job by our NAPA team today to salvage what we could. I am not sure what we really could’ve done. We could’ve got a spot there in the end but I felt like we did a pretty good job with what we had.”

Despite earning his worst finish in three starts at AMS, Elliott was actually the best-performing Hendrick Motorsports driver. In fact, the organization struggled mightily at the mile-and-a-half track to the point where it was rookie William Byron who had the next-best finish in 18th, two laps down.

“We started the race so loose and I just had to work on dropping the trackbar quicker,” Byron said after the race. “I just didn’t do it quick enough. I’m not used to having that, so, we gained on it a lot. ”

Meanwhile, Alex Bowman, who sat on the pole at Daytona last weekend, started 18th and didn’t improve. Instead, he dropped to a 20th-place finish, three laps down. During the second stage, he was busted for speeding on pit road, and to make matters worse, the No. 88 crew suffered pit gun problems during the third stage.

Additionally, it was a completely uncharacteristic race for Jimmie Johnson as the No. 48 team struggled for speed.  Though he was sixth-quickest in the first practice and 16th in Saturday’s session, he qualified a disappointing 22nd, and it went downhill from there. Already running one lap down, Johnson spun on lap 159 and saw his right front tire come apart on the way back to pit road. Though he was able to continue racing, he finished a disappointing 27th, four laps down.

The series heads West to Las Vegas Motor Speedway next weekend, a track that has been the Jekyll and Hyde to Elliott’s career. In two trips to LVMS in the Cup Series, he’s finished third and 38th.

How many stories are out there exactly like this, regarding CLYDE. The only difference is the posting date. YAWN.

I guess you’d rather have another Bubba story… :)

Bubba had his usual race. Run in the twenties and wait for the cars in front to drop out. Send the car to the body shop when it’s over.